Nowadays, social media has a major role to play in matters of love and relationships. In an era of instant updates, dating each other and breaking up on the other is what we often see on the internet. At times people use to express their feelings via emails or letters but these days sharing emotions on social media has become a new trend now. From posting #tbts of their vacations to posting each other’s pictures as a token of love. Everything is being updated on social media for the sake of attention and not just love but people often ended up trolling each other. We often spot celebrities, passing cheesy comments on social media on their costars post for which sentiments they even get trolled for the same. As social media is unpredictable you never know your one small action can become something major on the very next day. Looks like actor Sanjay Kapoor is now on among the list of actors who gets brutally trolled on social media. Bollywood actor Sanjay Kapoor Ended up posting a comment on his daughter Shanaya Kapoor’s bestie and actor Ananya Pandey Instagram post on Oct 5. Ananya Pandey took to her Instagram to share a picture of herself from Elle Awards 2019, and before the event, like always; she posted a few pictures and boomerangs after getting ready. On one of the pictures, Sanjay Kapoor commented, “The dress is going to fall be careful @ananyapandey.” This did not go down well with netizens and they brutally trolled the actor for posting such inappropriate comment. Some users called his statement, “insensitive” and “disturbing.” 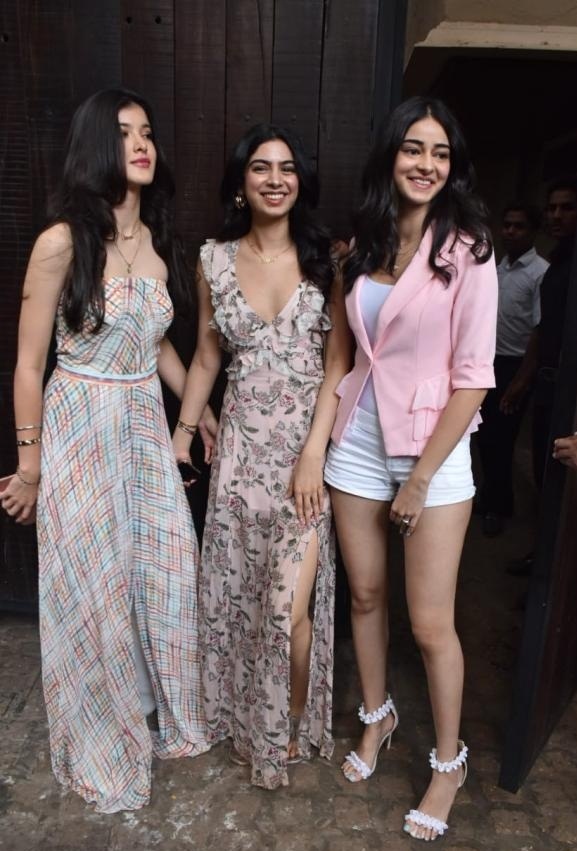 It’s been almost 2.5 months now but neither of the actors had responded on the same. However, yesterday, the Pati Patni Aur Woh actress was in conversation with spotboye and had shared her opinion on the same. https://www.instagram.com/p/B5-iGHjAFNV/?utm_source=ig_web_copy_link Ananya said, “I didn’t want to add to it and get unnecessary attention. Sanjay’s uncle is Shanaya’s father for me, and of course, he was joking about it. People take out wrong meaning in anything and everything. Defending her best friend’s father Ananya further stated if I spoke about it, it would have blown even further. I don’t believe in spreading negativity by reacting to trolls. His intention was surely not wrong and he did not mean it negatively,” Ananya said.