The makers of Atrangi Re released a song titled, “Rait Zara Si.” The movie features Sara Ali Khan, Dhanush, and Akshay Kumar in lead roles. The trio are working together for the first time under the direction of Anand L. Rai. 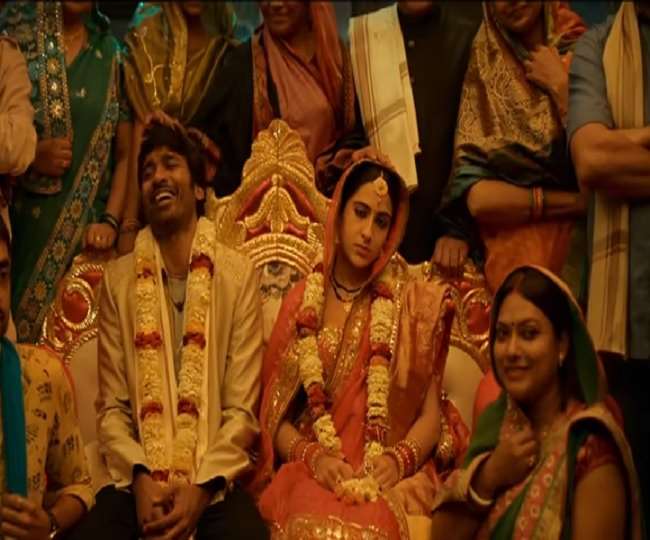 In the movie, Sara loves Akshay but unfortunately marries Dhanush. The two are unknown to each other but slowly develop a bond. Later, Sara finds herself puzzled when Akshay returns to her life. The show showcases various emotions, like first love and then heartbreak. Prior to Atrangi Re, Dhanush had worked with Anand L. Rai in Raanjhanaa. Furthermore, it’s Akshay’s first film with Sara and Dhanush. The movie will be digitally released on Hotstar on December 24. The movie is going to clash with “83”, starring Ranveer Singh in the lead role.

Moreover, Bhushan Kumar is producing the film under Color Yellow Productions and Cape of Good Films.