A few days ago, we shared with you the pictures of Abigail Pande and Aashka Goradia going topless to showcase their love for yoga. The two actresses were seen posing topless and doing some difficult yoga poses for the camera. The pictures did get them a lot of limelight and now Abigail Pande has finally spoken up about how she got the picture clicked with a leading entertainment journal Spotboye. 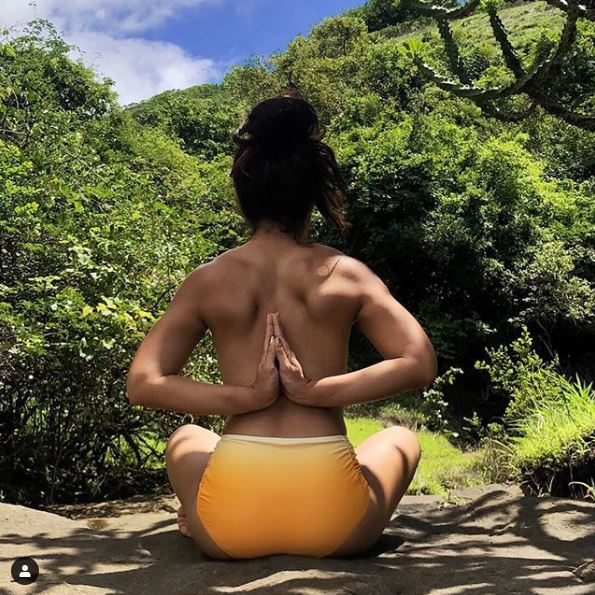 When she asked about her topless yoga shoot, she said, “The idea of the post was: Nude is not Vulgar. I don’t know why but we have been conditioned that way. I think it’s a very wrong perception most of us hold. Aren’t women carved nude in this country’s caves and paintings? Just because a woman is not wearing clothes, people react that she should get banned. Isn’t it ridiculous? It all began when I got inspired from the Nude Yoga Girl on Insta. If she wants to show her form of art, let’s not stop her but allow her allow her to do it”. 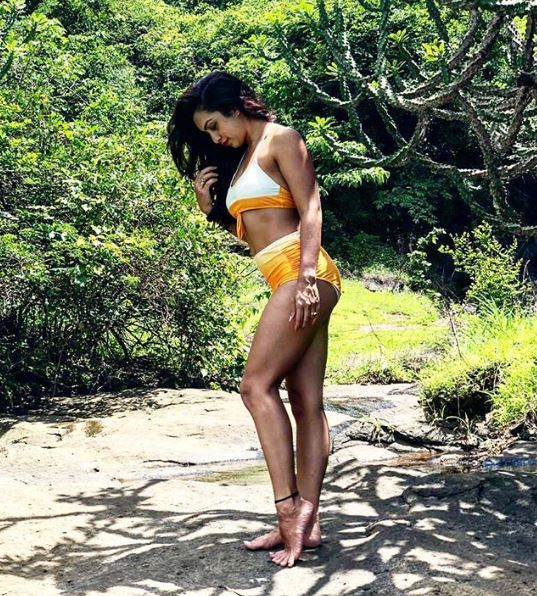 She further added, “No. I am not saying ‘Go and do it naked’. I am just saying, “if a naked girl is doing yoga, it does not mean she is doing something vulgar. It’s just her way of expressing. She is doing it quite aesthetically’. I know there’s a thin line between nudity and vulgarity — but If you have seen her profile, I think you will agree with me”.

When the actress asked about the place where she did the topless yoga, she said, “I did it in a hilly jungle in Lonavla. There was nobody around. Aashka is very good with the camera. I quite like the concept of nude yoga”.

Sushmita Sen And Rohman Are Giving Major Couple Goals As They Take A Dip In Pool
Mujhse Shaadi Karoge’s Aanchal Khurana Calls The Show A Joke As Everyone Knew What’s Going On In Paras And Shenaaz’s Life
Kareena Kapoor Has An Epic Reaction To Her Role As ‘Poo’ In K3G, Says “Can’t Even…”
Priyanka Chopra Jonas Hints Towards Pregnancy, Says Can’t Wait To Have A Child