The movie titled “Kabhi Khushi Kabhi Gham” was completed 20 years ago on this day. To pay tribute to the movie, actor Siddharth Malhotra enacted a scene from Shah Rukh Khan’s The actor enacted the scene from Kabhi Khushi Kabhi Gham when Shah Rukh Khan comes from the helicopter and Jaya Bachchan welcomes him with a thali at the door. Siddharth wrote, “Love this iconic scene from K3G of SRK Sir’s entry. Here’s me having my other Ma wait for me-CINEMA! Congratulations to Karan Johar and the entire team on competing for 20 years! # 20YearsOfK3G. “

Karan also shared a four-minute video aiming to pay tribute to the movie. “Overwhelmed with the endless love that has poured in from all corners of the world and the industry for celebrating this grand milestone that # KabhiKhushiKabhieGham has reached today,” he wrote. Thank you fall short. A little piece of my heart for you on this day. And so it goes… it’s all about loving your family! From us to you, happy #20YearsOfK3G! “

The video shared by Karan was of the scenes that were taken behind the shots. In the video, Karan could be heard saying, “A film, a journey, indispensable memories. I sometimes feel like I don’t have words to describe my feelings when it comes to this film.”

Karan also explained the challenge of putting such a popular cast together in one movie. He said, “Music and dance are, without a doubt, the bed and blanket of Bollywood, but perhaps this wasn’t something I was stressed about. The true challenge was justifying the icons that were cast in the film. Amitabh and Jaya Bachchan, living legends; the eternal duo of Shah Rukh Khan and Kajol, who have been dearest to my heart since my very first film; and the trend-setters of that era, Hrithik and Kareena, and they continue to be.” 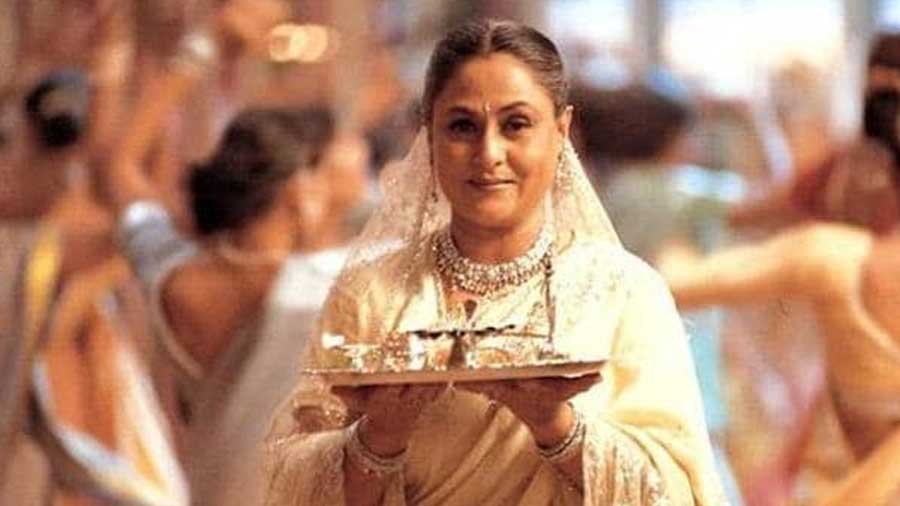 The film was conferred with five awards. Moreover, the cast of the movie includes Amitabh Bachchan, Jaya Bachchan, Shah Rukh Khan, Kajol, and Hrithik Roshan as the leads, apart from Kareena Kapoor. Actor Rani Mukherjee had a cameo role in the movie.