Miss Universe and a versatile actress ‘Sushmita Sen’ has always been the most talkative in the town. Her sizzling looks and OTT achievements are enough to make her one of the most loving celebrities in B-town. Apart from her professional life, Sushmita’s personal life is always been in the headlines. However, the actress is so outspoken and open about her relationship and often shares her experience with her fans. She was in a love relationship with several celebs like Randeep Hooda, Vikram Bhatt, Mudassar Aziz, and more men. Of course, we can’t forget to mention Rohman’s shawl, he looks perfect with Miss universe but they broke up a few months ago. This news makes the fans upset as they loved to see them together. 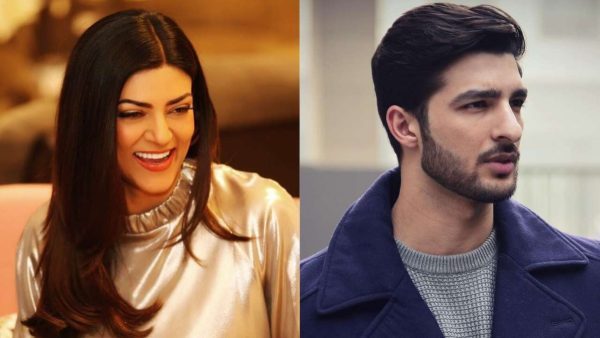 Recently, while to Twinkle Khanna in a Tweak India interaction, Sushmita Sen said, “Luckily I met some very interesting men in my life, the only reason I never got married is that they were a letdown. It had nothing to do with my kids. My kids were never in the equation. If at all, they have been very gracious. Both my kids have accepted people in my life with open arms, and never made a face. They have given everybody an equal measure of love and respect. It’s the most beautiful thing to watch.”

While the conversation go on, Sushmita revealed that she was about to get married thrice. She feels lucky as she saw a disaster that followed in the restive lives of those men. She said, that God saved her and her daughter Renee and Alisah to get into trouble.

Talking about the work front, Sushmita was last seen in Aarya 2 which received a good response from the audience. The actress will soon be seen in Aarya 3 but there is no official confirmation. However, the actress entertains the audience on OTT but fans are more excited to see hit on 70 MM.