‘Indian Idol 12’ anchor and singer Aditya Narayan recently tied the knot with his girlfriend Shweta Agarwal. There were reports in the media that Aditya Narayan is going to become a father soon. But Aditya completely denied this news. Aditya said in an interview, ‘This is not true at all. Right now it is not so, I had said that I am very happy to start a new life with my wife. Like every couple, we are also thinking of expanding our family, that’s all. This thing was shown differently and it was presented in front of everyone by giving it a different color.

When you speak something in public, you have to be very careful because your words will be shown in a different color. If something like this happens, we will announce it. So, I am pretty sure that whatever time we have and whatever romance is going on, it will go on. I was just saying that I am waiting for this thing. I got married, bought a new house. Now I am very excited to take this forward. 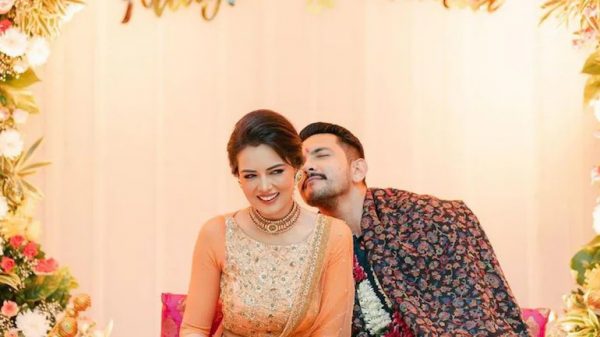 Earlier, during an interview, Aditya had said that he will leave hosting in 2022 and till his point is proved right. By then he too would have become the father of a child. I have been a part of television for the last 15 years, for which I am very thankful. Huh. Now it’s time to move on. I was hosting on TV when I was young. The TV industry has given me a lot of names, fame, and everything. I have some commitments which I will fulfill in the coming time. If I leave this industry now, it will not be right for me. Aditya and Shweta got married in December 2020. Before marriage, both of them dated each other for 10 years. Both Aditya and Shweta met on the sets of the film ‘Shapit’. Aditya made his hero debut with that film.