close menu
According to the speculations, China’s President Xi Jinping will be visiting the historic city of Mahabalipuram in Chennai for his second informal summit with Prime Minister Narendra Modi next week. There is no official announcement yet by our prime minister, Mr Modi. Meanwhile, according to reports, China will host Pakistan prime minister Imran Khan on 8 October, which comes ahead of the summit between Modi and Jinping. This will be the third time, Imram Khan visiting China after assuming office. 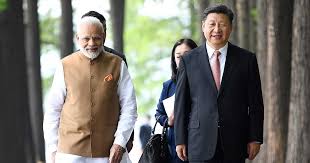 The last time when Xi visited India, China had expressed concern over the reorganisation of Jammu and Kashmir and termed the decision to abrogate Article 370 “unilateral”. China seemed on the side of India as  Beijing had also asked to behest Pakistan to hold a closed-door meeting over Kashmir from the United Nations Security Council.
As we all know, China is the neighbour of both the countries, India and Pakistan, they hope to see the dispute effectively managed and stability restored to the relationship between the two sides. Wang said, “The Kashmir issue, a dispute left from the past, should be peacefully and properly addressed in accordance with the UN Charter, Security Council resolutions and bilateral agreement,” at the United Nations General Assembly session last Friday. 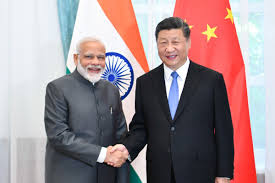 For those who don’t know, India and China were in touch for the second informal summit between Modi and Xi from early this year.  Even External Affairs Minister, S Jaishankar had visited China in August to prepare the ground for the second informal summit between the two leaders.
Modi and Xi had met last year in Wuhan, China, for an informal summit in order to deepen bilateral cooperation. That meeting came following the 73-day standoff in Bhutan’s Doklam plateau in 2017, which strained bilateral ties between the two countries.
Categories: Articles News Trending