Ajay Devgn-Tabu’s Film ‘Bhola’ Will Be Released In Theaters On This Date- Checkout!

Ajay Devgn’s film Runway 34 is going to release on Eid at the end of this month, before that Ajay has announced the release date of his next film Bholaa. Bholaa is the official remake of the Tamil hit Kaithi. This film will be released in theaters next year. 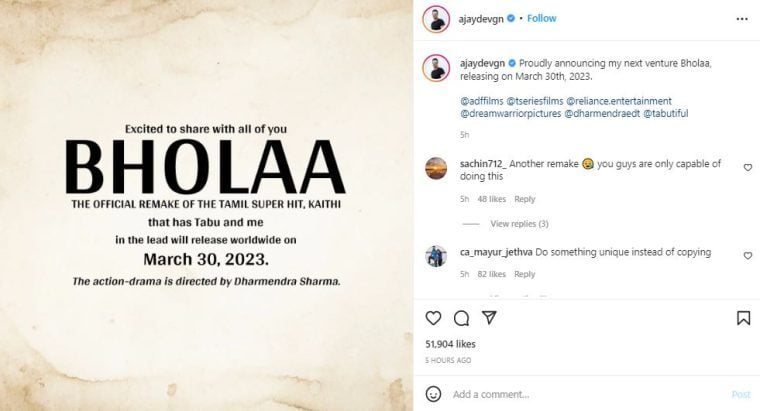 Revealing the release date of the film on social media on Tuesday, Ajay wrote- Proud to announce his next film Bholaa, which will release on 30th March 2023. In the information shared with this, Ajay wrote that Tabu is also with him in the film. Dharmendra Sharma is directing this action-drama film. Kaithi, which came in 2019, was directed by Lokesh Kanagaraj. Karthi and Narain played the lead roles in the film. Kaithi was a hit at the box office. 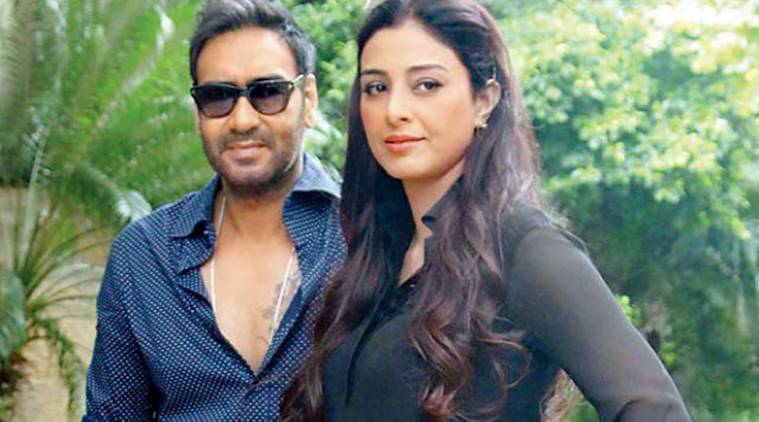 Ajay announced the remake of the film in 2020. Apart from playing the lead role in Bholaa, he is also producing it. The story of the film is about a convicted prisoner who, after being released from prison, sets out in search of his daughter, but a drug raid leads to obstacles in his way. Bhola was earlier scheduled to release in 2021, but could not be completed on time due to the delay in the pandemic. The shooting of the film started in January this year. 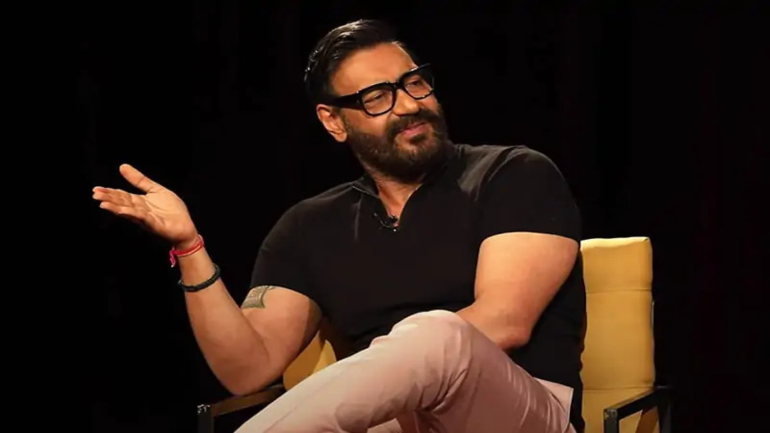 Ajay is currently busy with the promotions of his yet another home production film Runway 34, which is slated to hit the theaters on April 29 on the occasion of Eid. It is a thriller inspired by real-life, in which Ajay will be seen as a pilot. Amitabh Bachchan and Rakul Preet Singh are in important roles along with Ajay in the film. Ajay has appeared in small roles in Gangubai Kathiawadi and RRR in the year 2022. This is Ajay’s first film in theaters after the 2020 film Tanhaji The Unsung Warrior, in which he plays a central role. Ajay was also seen in some scenes in his Singham avatar in the film Sooryavanshi released last year. This year Ajay also made his OTT debut with Disney Plus Hotstar’s web series Rudra – Age of Darkness.