Ajay Devgn To Be Seen As Mafia Don In ‘Gangubai Kathiawadi’, Shares Video

Bollywood actress Alia Bhatt’s upcoming film Gangubai Kathiawadi is ready for release and is going to hit the theatres soon. People are already quite excited because of the teaser and songs of the film. Meanwhile, the makers of the film have released a new promo to increase the desperation of the people. In this promo, the curtain has been removed from the role of Ajay Devgn. The actor is seen giving his power-packed performance in the role of a mafia don. Fans are liking the promo, even in a few hours on YouTube; the promo has got more than 1 million views. In the film, Ajay plays the role of mafia don Rahim Lala, who is seen fighting for the prostitute Gangubai (Alia Bhatt). The promo shows an injured and battered Gangu seeking help from Rahim Lala. Because Karim Lala is firm in his faith, religion and business and Gangu expects help from him. After which both of them become good friends and Rahim Lala helps Gangu to move forward. Apart from this, Alia is also seen touching Ajay’s feet in one scene and thanks Ajay for all the favours done to him. After which Ajay calls Alia his business partner and calls her ‘Mafia Queen’.

Ajay Devgn has also shared this promo of the film on his Twitter account. Sharing the post, Ajay wrote, ‘Iman. Dharam. business We are coming in 6 days.’ The film ‘Gangubai Kathiawadi’ is directed by Sanjay Leela Bhansali. Which is going to release on February 25. 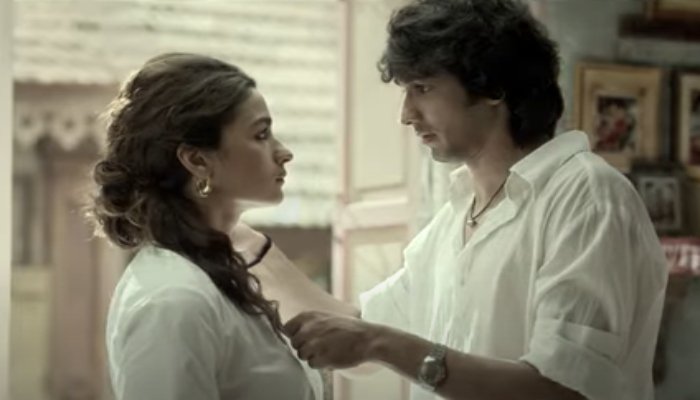 Recently the song ‘Jab Saiya’ from the film was released. In which actor Shantanu Maheshwari was introduced. The audience liked the song a lot. Let us tell you that apart from Gangubai Kathiawadi, Ajay and Alia will also be seen together in the film ‘RRR’.