Akshay Kumar & Ahan Shetty Together For An Upcoming Film?

After working together on 10 Films including the yet unreleased action-comedy, Bachchan Pandey, Sajid Nadiadwala and Akshay Kumar are already set for their next collaboration. The producer has pulled off an exciting casting coup as he is all set to bring Akshay and the soon to be launched, Ahan Shetty together for an upcoming film, the details of which have been kept under wraps. 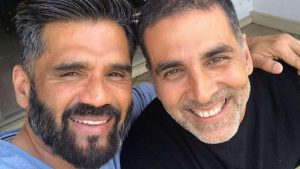 A source close to the production house shares, “The entire team is rooting for this first-time combo of Akshay and Ahan. The project is in the planning stage and Sajid has come up with a story that demands this unique star-cast. More details will be revealed in the time to come.” What makes this collaboration even more special is the fact that Akshay shares a great rapport with Ahan’s father, Suniel and the two have been a part of some memorable films like Waqt Hamara Hai, Mohra, Hera Pheri, Dhadkan and Awara Pagaal Deewana among others. “Sajid Nadiadwala is well aware of this and one expects the same sort of magic from Akshay and Ahan too,” the source added. 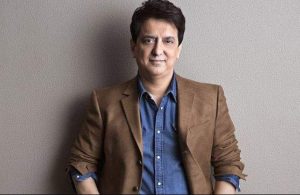 Interestingly, Sajid Nadiadwala is launching Ahan with the Milan Luthria directed Tadap, which is gearing up for a September release. It features Tara Sutaria as the female lead. It was Akshay, who presented the first look poster of Ahan’s debut film and its life coming a full circle now as the two will feature in this yet-untitled project. 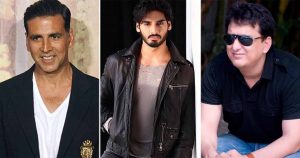 The director’s name, title, genre and shooting details of the film with Akshay and Ahan, have been kept under wraps for now and the source informs that an official announcement will be made by the producer soon. Talking about Bachchan Pandey, the team has wrapped up a major chunk of this action-comedy in Jaisalmer and a brief stint is expected to be canned in Mumbai soon. 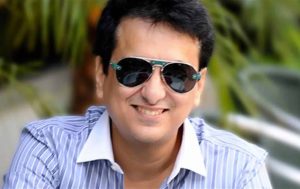