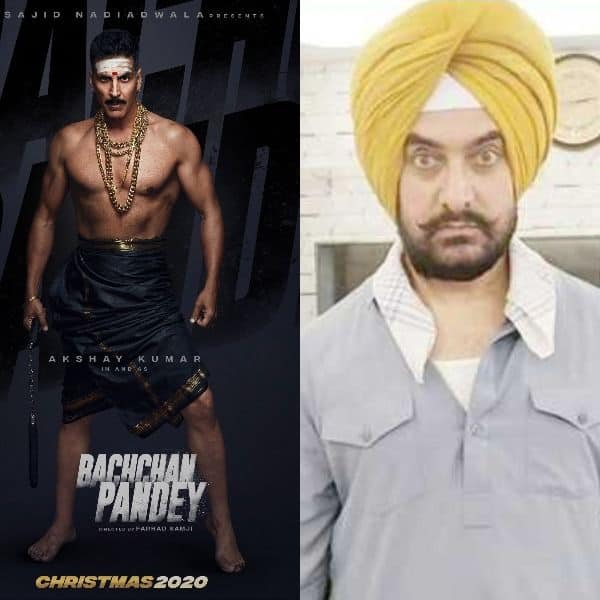 As per the reports, Christmas 2020 will see a clash between Akshay Kumar starrer Bachpan Pandey  and Aamir Khan’s Laal Singh Chaddha. The film trade analyst Taran Adarsh confirmed the biggest fight to happen in the history of cinema. He tweeted, “The clash is CONFIRMED… Aamir [#LaalSinghChaddha] vs Akshay [#BachchanPandey]… #Christmas 2020.”

The clash is CONFIRMED… Aamir [#LaalSinghChaddha] vs Akshay [#BachchanPandey]… #Christmas 2020.

A big clash between the two superstars would be a repenting fight for the producers, may provide a huge profit margin to the film exhibitors. The question is which one will be a hit and which one would get hit. It is not for the first time that the two actors being starred in lead got their movies released on the same day. The clash game was played back in 2007, where Akshay’s Welcome and Aamir’s Taare Zameen Par, both were blockbusters.

Recently Akki starrer filmmakers released Bachchan Pandey’s first poster. The very first look of the film is quite intriguing. The film is helmed by Farhad Samji and produced by Sajid Ndiadwala. Akki looks like a strong raging wolf, loaded with heavy old chains, earrings. In a Soth-Indian attire holding a naan chaku.

On the contrary Aamir Khan’s Lal Singh Chaddha, the story is an official Hindi remake of Tom Hanks’ blockbuster Forrest Gump. The Hindi remake will be produced by Aamir Khan Productions and Viacom 18 Motion Pictures. The film will be helmed by the Secret Superstar maker Advait Chandan and is written by Atul Karnani. For Aamir Christmas releases have always been a blockbuster for instance Taare Zameen Par, Dangal, PK, Ghajini and 3 Idiots.

There’s no doubt both the actors hold a stardom of their own. Comment down below, according to you who will make it to profits?

Shilpa Shetty Opens Up About Her Miscarriages & Decision To Go For Surrogacy: Deets Inside
Aishwarya Rai Bachchan Reveals The Secret For Her Flawless Skin; One Habit Away
Esha Deol And Bharat Twin With Daughters, Radhya And Miraya For A Perfect Family Portrait On Christmas
Throwback To When Priyanka Chopra rejected Shah Rukh Khan’s marriage proposal; Check It Out