Alaya F, a Bollywood star, walked the red carpet at the prestigious Marrakech Film Festival looking like a princess straight out of fantasy with Anurag Kashyap. 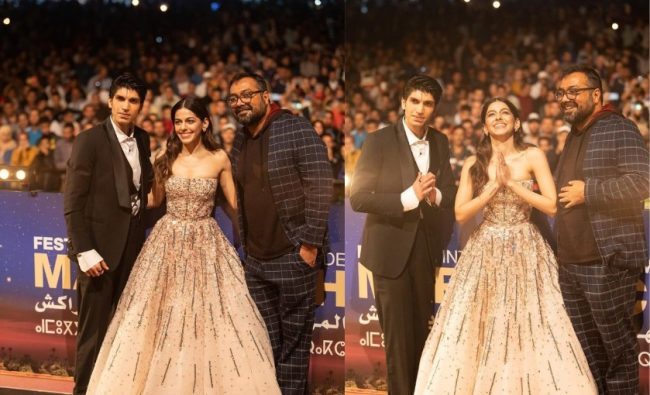 Alaya F attracted a lot of attention when she attended the international premiere of her film ‘Almost Pyaar with DJ Mohabbat,’ in which she co-starred in with Karan Mehta and directed by Anurag Kashyap.

Alaya is the second Indian actor to attend the event this year, following Ranveer Singh. Alaya expressed her gratitude on Instagram. She posted a film festival montage video and remarked, “I’ve watched this video a hundred times and still can’t believe it’s real!” @marrakechfilmfestival, thank you for having us. It was a weird experience to premiere our film Almost Pyaar with DJ Mohobbat on the large screen amid Jemaa El Fna Square with all of Marrakech’s amazing people.” 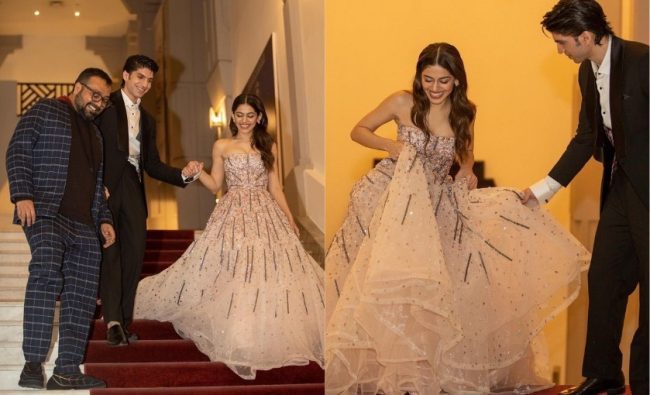 As she added, she was looking forward to sharing her labour of love with everyone back home. Thank you, thanks! I’d like to say this was a dream come true, but it’s a dream I never thought of dreaming!”

Alaya looked stunning in a Monisha Jaising evening gown for the momentous night. Alaya F made her debut at the Marrakech International Film Festival this year, and she was surely dressed for the occasion.

The Bollywood actress graced the red carpet for the first time at the Marrakech International Film Festival with a beige silver gown, stud earrings, and an open haircut. 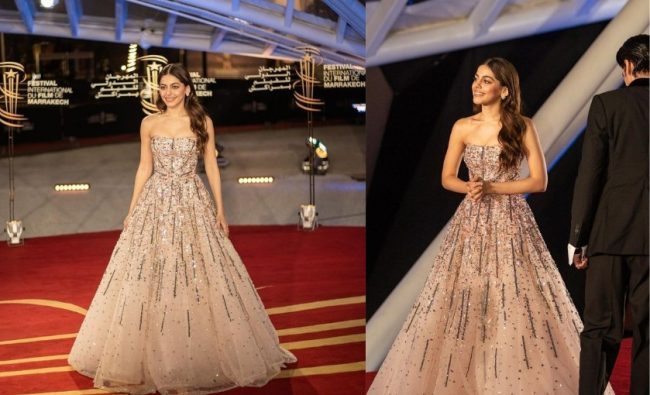 On Professional Front: In ‘Jawaani Jaaneman,’ Alaya F’s made her debut alongside Saif Ali Khan and Tabu in 2020. She will next be seen in ‘Freddy,’ a crime thriller starring Kartik Aaryan. ‘Freddy,’ directed by Shashanka Ghosh, will be released on Disney+ Hotstar on December 2nd.