On Monday morning, actress Alia Bhatt, who tied the knot with Ranbir Kapoor two months ago, took everyone by surprise when she announced her pregnancy on Instagram.

The actress shared a picture of herself lying on a hospital bed. Alongside Alia is her husband, Ranbir Kapoor, who is showing his back to the camera. Both of them are lovingly looking at the ultrasound on the monitor. In the caption, Bhatt wrote, “Our baby…..coming soon.”

Soon after, heartwarming wishes started pouring in from Alia and Ranbir’s family members, colleagues, and fans. But a certain section of society could not digest the fact that the actress is expecting a baby. While some called it a promotion gimmick, others started speculating about the time she conceived. They think that the actors rushed their wedding because Alia was already carrying a baby. Insane, isn’t it?

Have a look at what all trolls have to say: 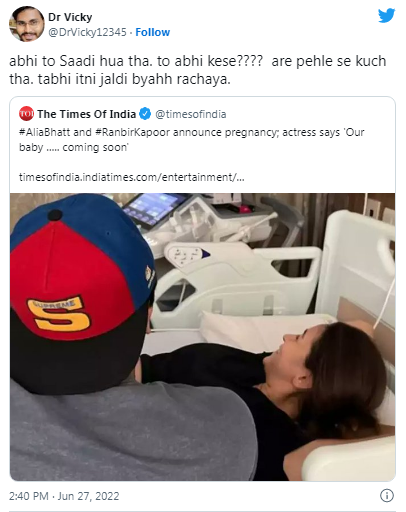 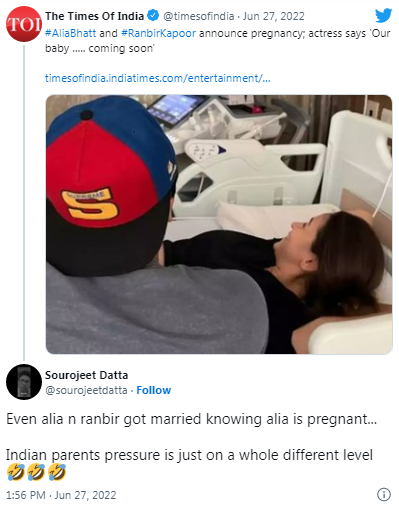 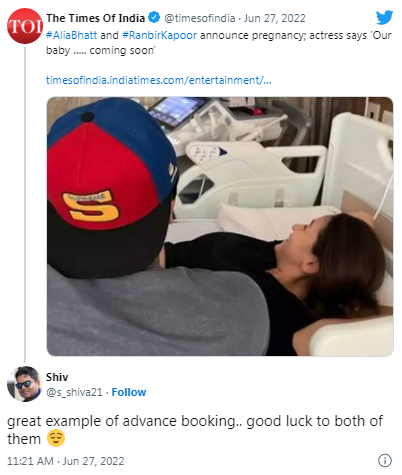 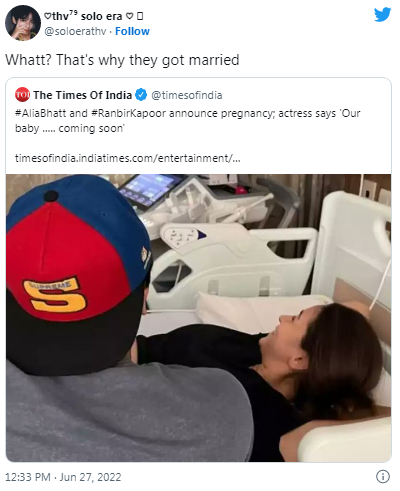 There are also memes of Ranveer Singh and Deepika Padukone doing rounds on the internet. Netizens are saying that Deepika and Ranveer should learn something from Ranbir and Alia. Have a look at some of the memes: 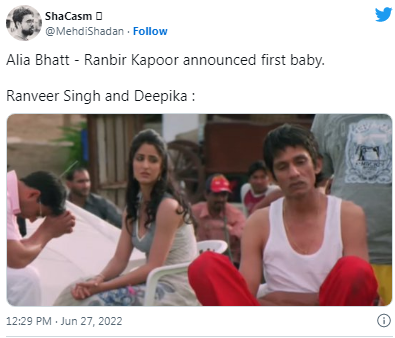 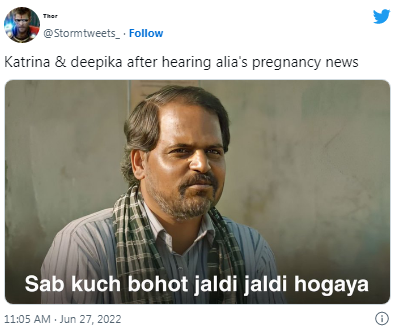 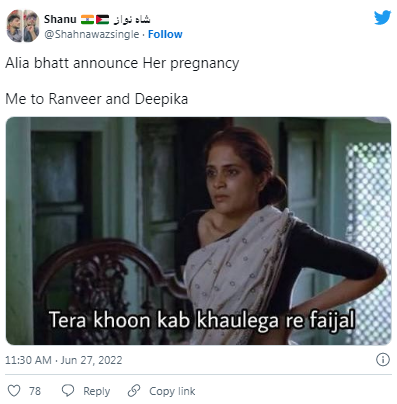 For the unknown, Ranbir and Alia got hitched on April 14 in a close-knitted family function held at Ranbir’s Mumbai. home. They will soon appear on-screen together for the first time in the upcoming trilogy Brahmastra. The film is set for a release in September. It will also star Amitabh Bachchan, Mouni Roy, and Nagarjuna Akkineni.