Allu Arjun Apologises When A Media Member Complains About Being Made To Wait At The Pushpa Event!

The much-anticipated Pan-Indian movie Pushpa: The Rise – Part 1 stars Allu Arjun and Rashmika Mandanna. The eagerly anticipated picture will be released on December 17th. Pushpa’s producers are doing everything they can to promote the picture. The crew is flying to Bengaluru today after visiting Hyderabad and Chennai. The flight, however, was cancelled owing to poor weather conditions. 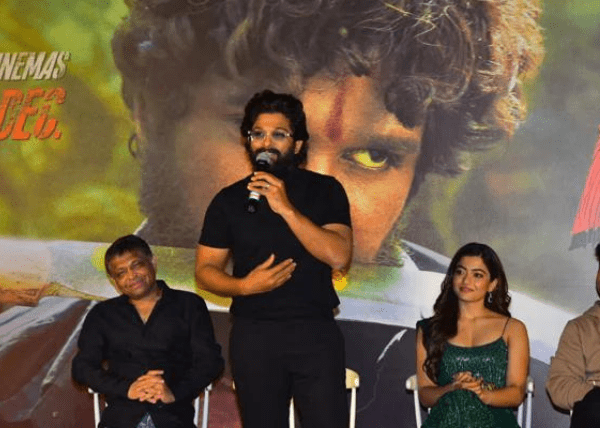 Allu Arjun and his colleagues arrived at the location a little later than expected. The Bengaluru media reacted angrily to the news. One of the media members asked Allu Arjun if he thought it was fair to make them wait for the promotional event for so long. The Arya actor calmly accepted the question and apologized for it. He said, “I’m extremely sorry,” and reasoned that due to the climatic conditions, the private plane didn’t take off.

During the press conference, Allu Arjun also mentioned how vital it is for audiences makes the journey to theatres for the cinematic culture to thrive, regardless of the film. When it comes to the silver lining, Allu Arjun also discussed how the divide between north and south cinema is eroding, and that in no time, industries will come together to produce films that are not distinguished by the place in which they are produced.

Allu Arjun also talked about how films like Spider-Man, Pushpa: The Rise of the Kabir Khan-directed cricket drama 83 which is scheduled to release next Friday, can become competitive at the box office. 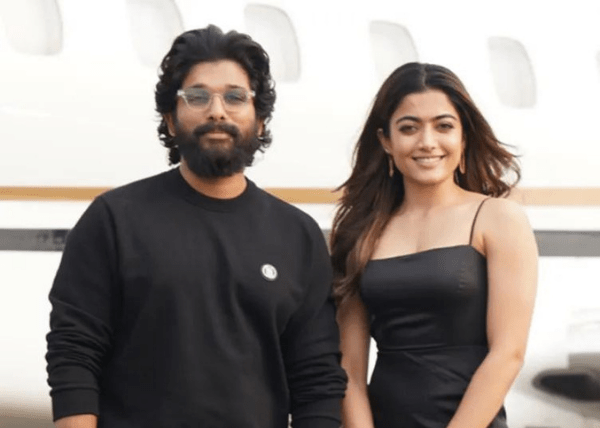 Sukumar’s upcoming Telugu-language action thriller Pushpa: The Rise – Part 1 is written and directed by him. Rashmika Mandanna also appears in the film, which is produced by Mythri Movie Makers in collaboration with Muttamsetty Media. The plot of the first of two movie portions is based on the smuggling of red sanders in the Seshachalam Hills of Andhra Pradesh’s Rayalaseema area.

Devi Sri Prasad wrote the film’s music, while Miroslaw Kuba Brozek and Karthika Srinivas handled cinematography and editing, respectively. The film will be released in Telugu on December 17, 2021, with dubbed versions in Malayalam, Tamil, Kannada, and Hindi.