On the completion of 1000 episodes of KBC, Amitabh Bachchan is set to welcome and host his daughter Shweta Bachchan and his granddaughter Navya Naveli on on the show. Big B was asked by Sony Channel to bring in the family on that revered and feared ‘Hot Seat’. The actor agreed to the proposal by the Sony Channel.

The actor shared a photo of his daughter on Twitter and wrote, “Daughters are dearest to all.” The Piku actor shared more photos and wrote, “In the early hours of the morning, I rise and thoughts run to the incompleteness of the missive that reaches over 5000, and the left over from the night before at work, comes chasing the mind, of having completed the thousandth KBC episode, yes 1000 episodes since its introduction to the world of television in the year of our making, 2000.” 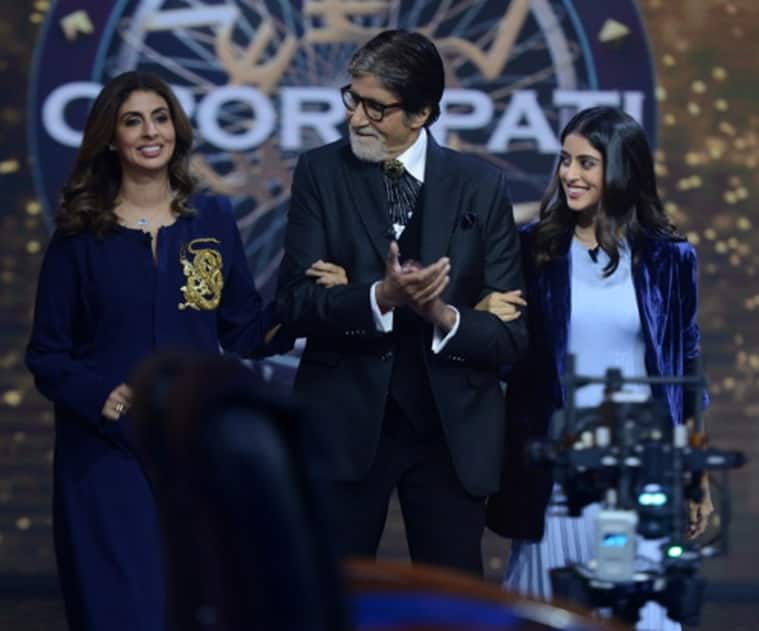 Moreover, he said, “So yes, the 1000th episode on the platform of Kaun Banega Crorepati was given its due importance and the request by the channel to bring in the family on that revered and feared Hot Seat was accepted.“

Adding to his statement, the Pink actor said, “A delight, to be able to, not just test the ability of the ‘contestants’, but to give the freedom to express what many have felt has been undisclosed and kept behind closed doors. The banter of the family dining table, the repartee, and most importantly the several causes that the young at this age think about and work for.” “An evening of great pride for the Father and Grandfather – for Papa and Nana!” Amitabh Bachchan’s granddaughter Navya Naveli Nanda is an enterprenuer.