On Friday, several Bollywood celebrities made it to the IIFA Awards in the UAE, including a rare appearance on the green carpet. The attention-grabbers at the event included Salman Khan, Ananya Panday, Sara Ali Khan, Jacqueline Fernandez, Lara Dutta, and Neha Kakkar. After a very long time, Fardeen Khan, Rahul Dev with his partner Mugdha Godse were also seen at the event. 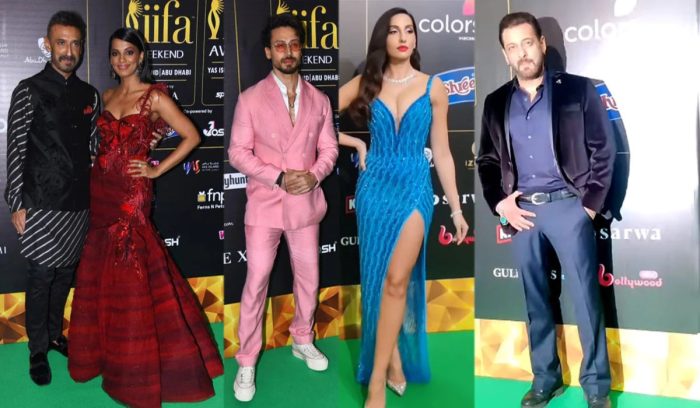 Salman Khan walked the green carpet in a blue formal with a black velvet blazer. Nora Fatehi wore a shimmery blue gown with a thigh-high slit. Musician A.R. Rahman also attended the event in a blue suit. On the other hand, on the second day of the event, Tiger Shroff chose a pink suit for the event.

Ananya Pandey wore a sky blue gown with a thigh-high slit for the event. She shared her pictures on her social media handle and captioned them: “Baby blue bell for IIFA Rocks.” Her friend Suhana Khan commented on her post: “Wowwww.” 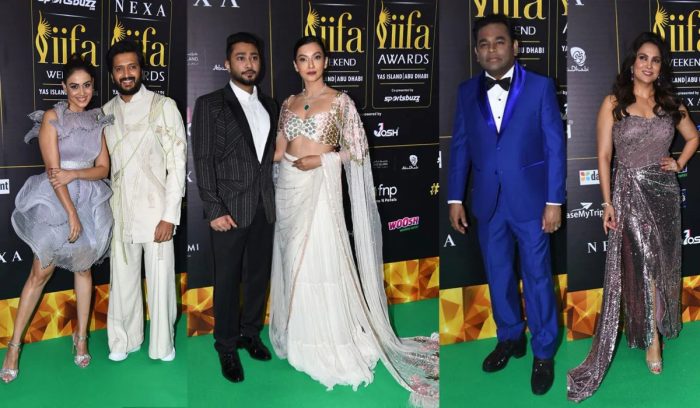 Sara Ali Khan walked the green carpet in a strapless black ruffled gown. Riteish Deshmukh and his wife, Genelia Deshmukh, were also seen at this event. While Riteish chose a quirky white suit, Genelia was seen in a grey dress. At this event, Rahul Dev was also present with his partner, Mugdha Godse. Lara Dutta also attended the event in a shimmery silver gown. Gauahar Khan was seen in a white lehenga with her husband, Zaid Darbar, who was in a black suit.

Neha Kakkar made a glamorous appearance in a strapless red gown with long gloves and hand accessories. Jacqueline was clad in a single-sleeved golden silver gown and posed for the paparazzi with much enthusiasm. 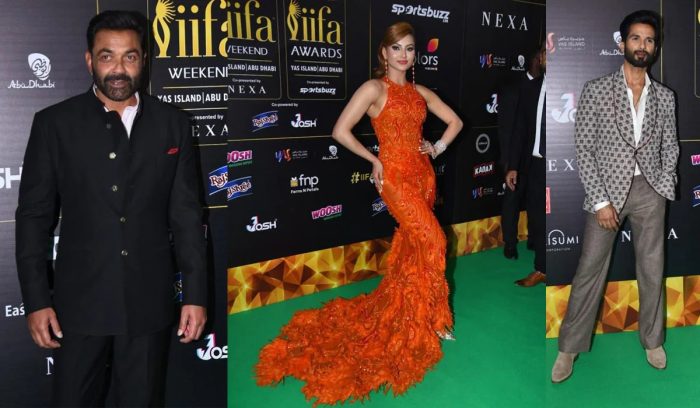 Bobby Deol, who is now gearing up for the third season of the web series “Aashram,” was also seen in a black bandhgala at the event. Urvashi Rautela, who recently returned from the Cannes Film Festival, walked the green carpet in a red gown. Shahid Kapoor also graced the ceremony in a grey suit.