Anupam Tripathi, Reveals, “His Grandfather Told After Reading His Palm That He’d Be Rich One Day,”- Squid Game

Anupam Tripathi, who was recently seen in Squid Game, is an Indian actor who moved to South Korea more than a decade ago. The actor said that his grandfather used to say that he’d be rich one day and, in a joking way, he would respond, “Where is my money?”

Tripathi was doubtful about this prediction of his grandfather’s. After Squid Game became successful, it’s said that the actor is being serious about the camera. The actor used to repeatedly ask his manager whether he should put a scarf around his neck before a recent sit-down interview or not. This incident happened during an on-camera interview with The Associated Press.

Tripathi played the role of a Pakistani migrant worker assigned number 199 in the famous web series. It’s a character that shows loyalty and innocence through the brutal survival game. In the survival game, the contestants would compete for a cash prize of $38 million.

The Squid Game has brought fame to Anupam. It has made him AP’s Breakthrough Entertainer of the Year alongside Rachel Zegler, Adrienne Warren, Damson Idris, Simu Liu, and Saweetie. Moreover, Tripathi has gained 4 million followers due to the Squid Game. The actor is now busy lending his presence to other Korean shows.

Tripathi said, “Everyone wants to celebrate this situation.” He further said, “For me, I just want to do my job and getaway. This is the way I’ve always kept myself for 11 years in Korea. Do my job. Look for another job. “

The Indian-Korean actor had left India to study acting on a scholarship at the prestigious Korea National University of Arts. The actor has done several plays since 2006. He said, “I was so focused.” Adding to his statement, he said, “Learning to act professionally was my dream.” 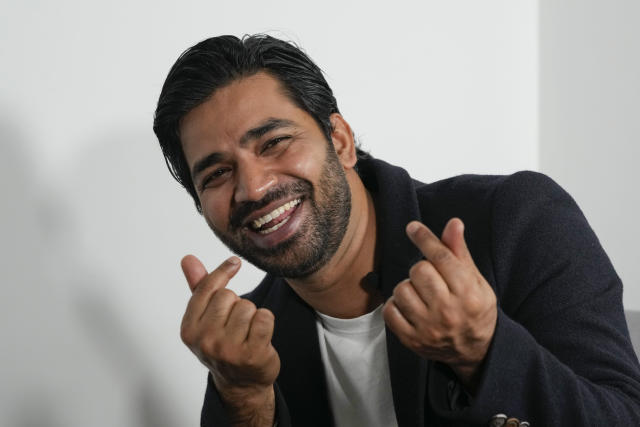 When the audition time came for Squid Game, Tripathi was ready. But, after he was selected, his mood changed. The actor said, “Before that, I had done a few lines in every movie. I was very, very nervous and, at the same time, excited and tense. How will I do it because it’s so big? “

In terms of Squid Game season 2, it has yet to be confirmed whether Anupam will reprise his role in the second season or not.