Anushka Sharma on Sunday evening shared adorable pictures of her daughter Vamika. The actor, along with husband Virat Kohli, celebrated six-month birthday of their daughter who was born earlier this year. Sharing the photos of her family on Instagram, Anushka wrote, “Her one smile can change our whole world around! I hope we can both live up to the love with which you look at us, little one. Happy 6 months to us three.” 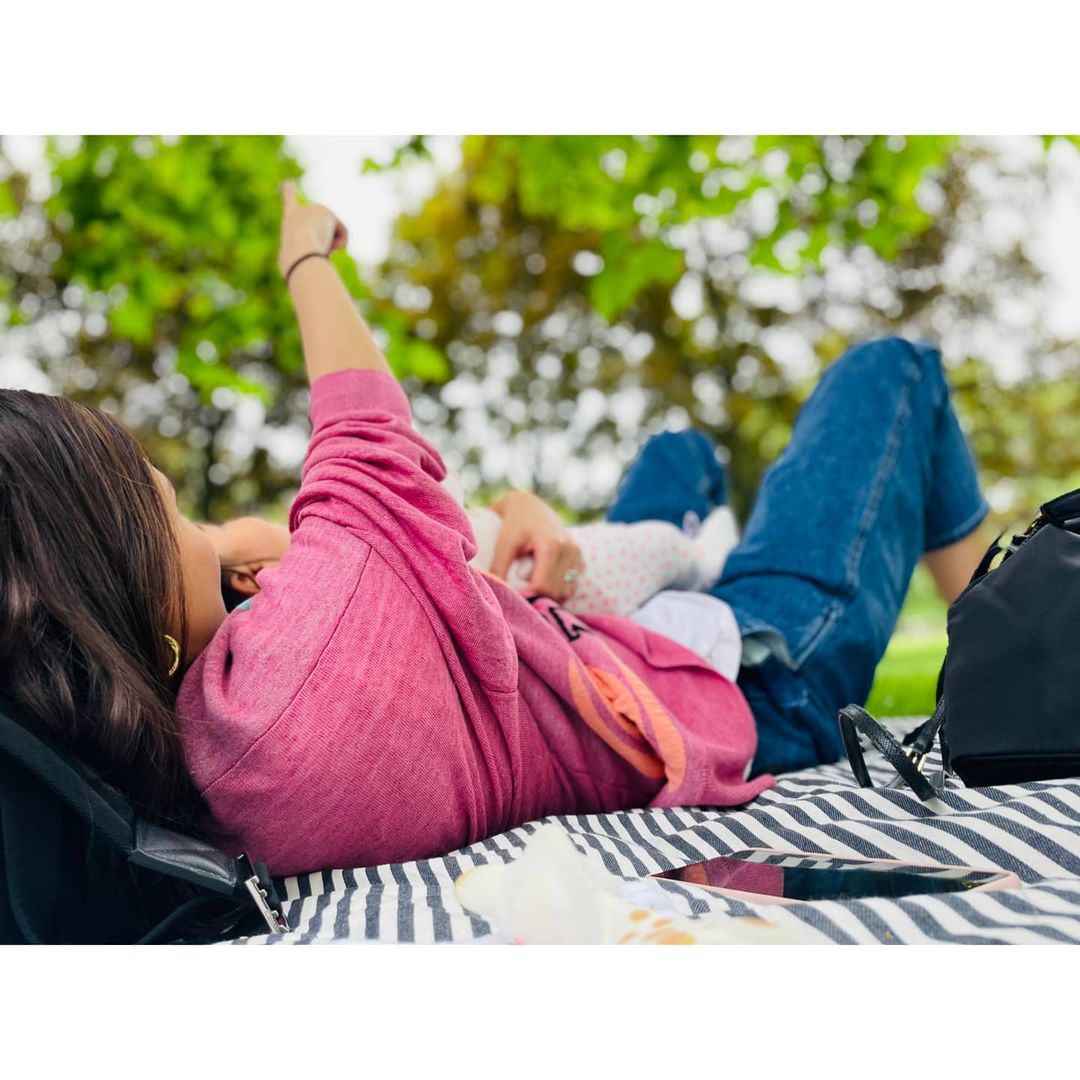 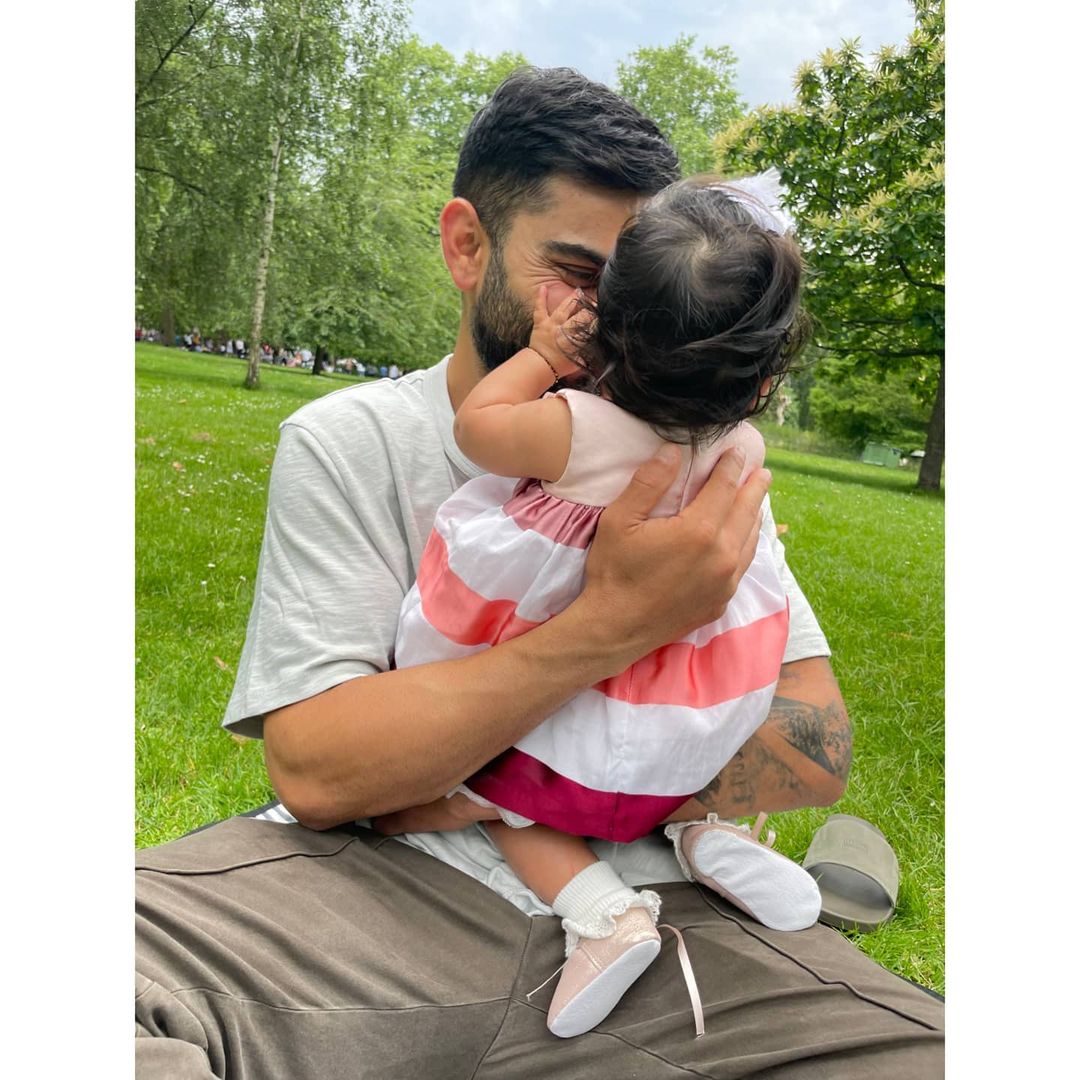 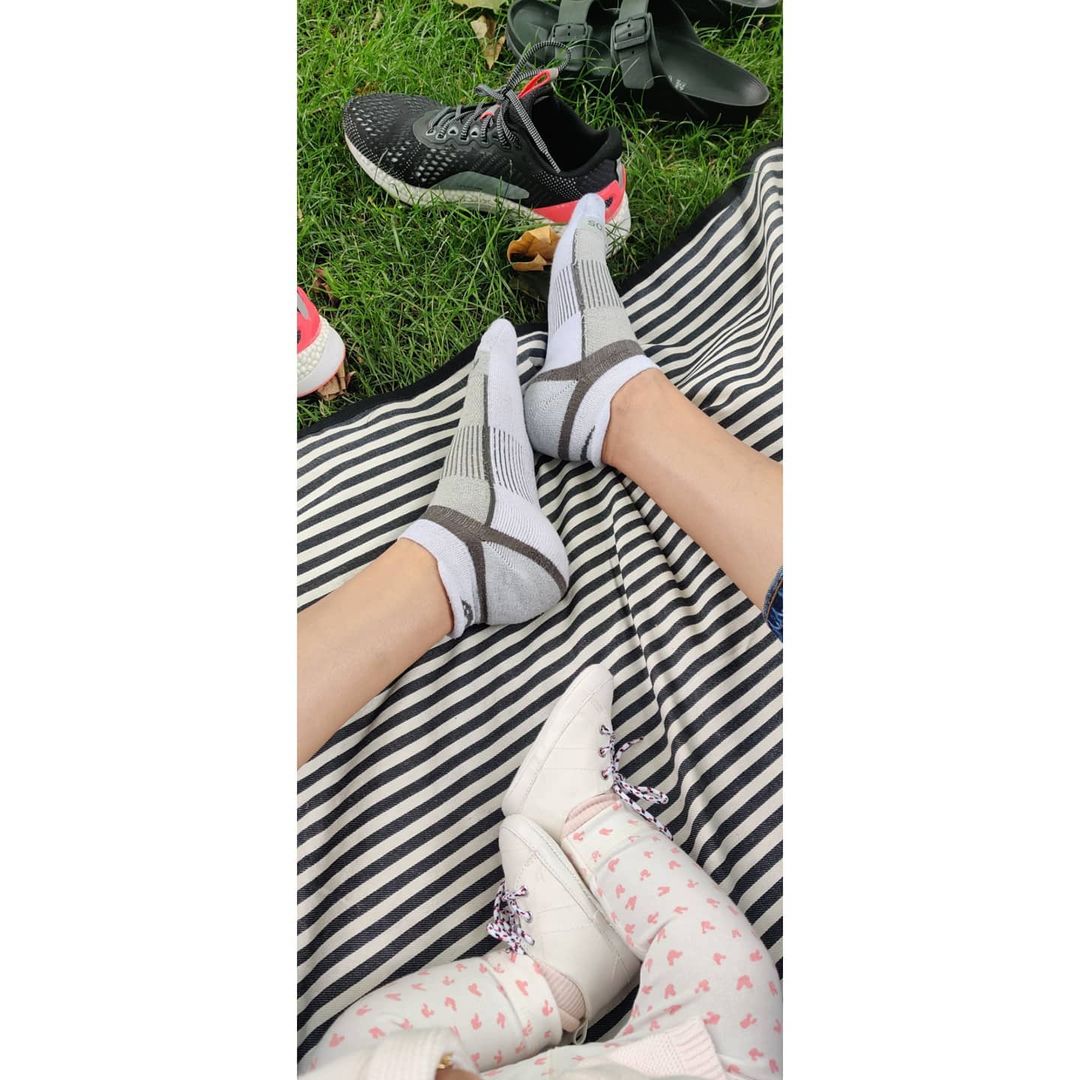 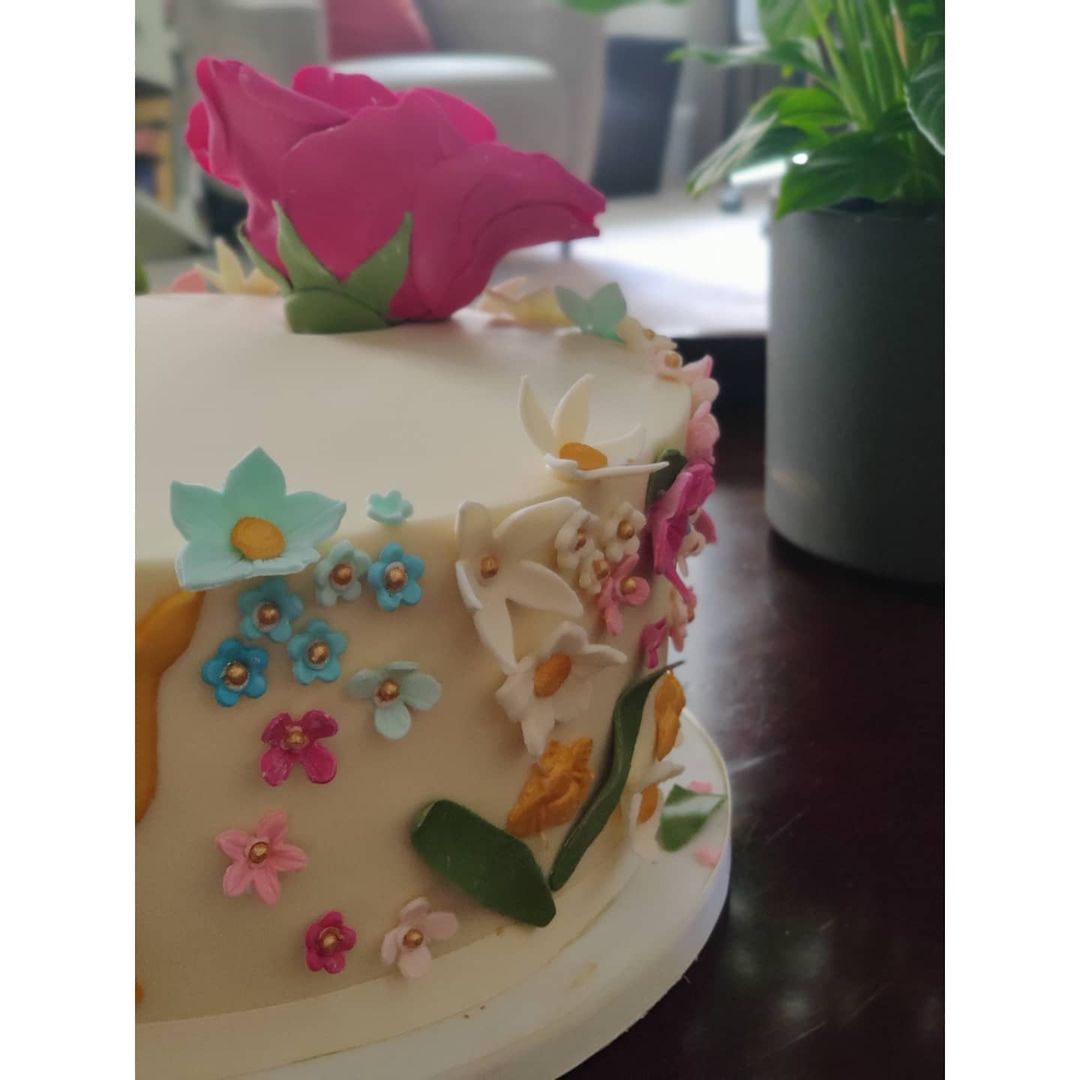 In one photo, Anushka is seen lying down, with Vamika resting on her chest. Anushka is seen showing Vamika something in the sky while Virat clicked the picture. In another photo, a smiling Virat is seen caught in a candid moment with his daughter. Anushka and Virat also celebrated 6 months of Vamika with a beautiful cake. Many Bollywood celebrities, including Sonam Kapoor, Tahira Kashyap, Vaani Kapoor and others commented on Anushka’s post and wished Vamika.Anushka and Virat have been very private about sharing their lives on social media. They have also requested media to not click their daughter’s pictures in the past. In Anushka’s post too, the actor was careful about not revealing Vamika’s face. 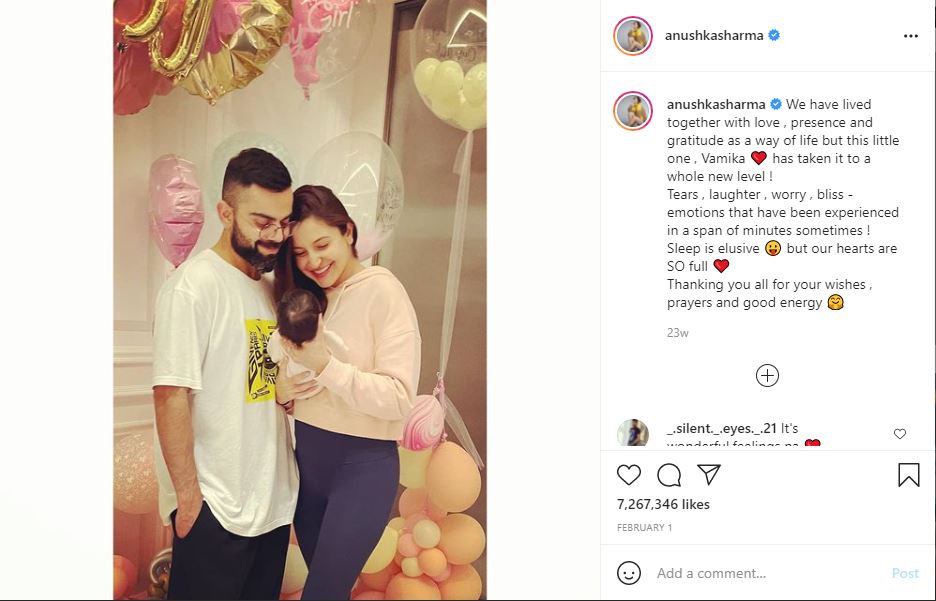 Soon after Vamika was born, Anushka Sharma and Virat Kohli had sent a note to media and paparazzi fraternity that read: “Hi, Thank you for all the love that you have given us for all these years. We are happy to celebrate this momentous occasion with you. As parents, we have a simple request to make to you. We want to protect the privacy of our child and we need your help and support.” Anushka Sharma gave birth to her daughter Vamika on January 11. Anushka’s first post for her daughter was when the couple decided to share her name with the world. In February, Anushka shared a photograph of herself along with husband Virat Kohli where she is holding the baby and wrote: “We have lived together with love, presence and gratitude as a way of life but this little one Vamika has taken it to a whole new level! Tears, laughter, worry, bliss – emotions that have been experienced in a span of minutes sometimes! Sleep is elusive but our hearts are so full of love. Thanking you all for your wishes, prayers and good energy.” In terms of work, Anushka Sharma is the star of films like Rab Ne Bana Di Jodi, Badmaash Company, Band Baaja Baaraat, Matru Ki Bijlee Ka Mandola, PK, NH10, Bombay Velvet, Sultan, Ae Dil Hai Mushkil, Phillauri, Jab Harry Met Sejal, Pari, Sui Dhaaga and Zero.