Anushka Sharma’s Crazy About Good Lighting; Check Out Her Pictures!

Anushka Sharma enjoys doing unique photoshoots for herself when she is not in front of the camera or working. Her images from her travels abroad also suffice as proof. Anushka Sharma explained on Sunday what she adores and obsesses over when it comes to capturing the ideal photo.

Anushka had her lush locks open down in a side-parted haircut and just wore a pair of large silver hoop earrings to complete her outfit. Anushka enhanced the glam factor by opting for a dewy makeup look with a dab of pale pink lipstick. The diva lit up the Internet by striking steamy candid postures for the camera.

Jhulan Goswami set a new ICC Women’s World Cup record for most wickets. Jhulan’s achievement was accomplished at Seddon Park in Hamilton during a match versus the West Indies.

Anushka’s first film since the release of Zero in 2018 is Chakda Xpress. It’s also her first performance after becoming a mother. In the year 2021, Anushka gave birth to her daughter Vamika.

In January, talking about Chakda Xpress, Anushka had said it is “a really special film” inspired by the life and times of former Indian captain Jhulan Goswami. 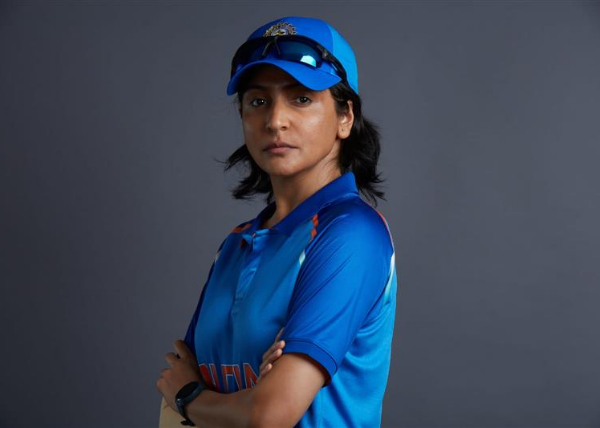 “It will be an eye-opener into the world of women’s cricket. At a time when Jhulan decided to become a cricketer and make her country proud on the global stage, it was very tough for women to even think of playing the sport. This film is a dramatic retelling of several instances that shaped her life and also women’s cricket,” she had stated.