Arjun Bijlani Announces A Collaboration With Surbhi Chandna- Deets Inside

Arjun Bijlani is a well-known actor in the Indian television industry. He has appeared in programs such as Miley Jab Hum Tum, Meri Aashiqui Tum Se Hi, Naagin, Kavach, Pardes Mein Hai Mera Dil, Ishq Mein Marjawan, and others. Currently, he can be seen in the entertainment show Smart Jodi, in which he co-stars with his wife, Neha Goswami. Surbhi Chandna, on the other hand, shot to prominence after appearing in the TV series Ishqbaaz alongside Nakuul Mehta.

Surbhi and Arjun are getting ready to work on an exciting project, and their fans are ecstatic. The Miley Jab Hum Tum actor shared a photo with Surbhi on his Instagram account today, confirming their collaboration. In the caption of this picture, Arjun writes, “#comingsoon”. In this picture, Arjun and Surbhi are seen gazing at each other. Soon after this, fans flooded his comment section. One of his fans wrote, “excited” while the other wrote, “Can’t wait”

Surbhi Chandna has also performed in a music video alongside Sharad Malhotra, with whom she co-starred in the hit TV serial Naagin 5. Aside from that, she recently took over as host of Hunarbaaz: Desh Ki Shaan from new mom Bharti Singh, who was taking a vacation from work to care for her newborn baby son. 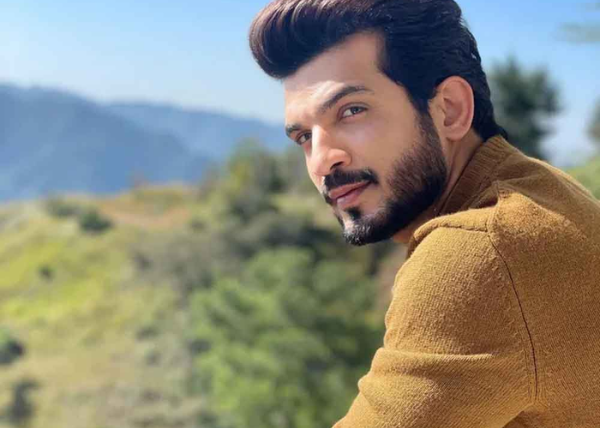 Arjun has been in several reality shows as well as music videos. The actor will soon work on a music video alongside Rajinikanth’s wife, Latha Rajinikanth. The female actor in this video is from the South, and the producers have kept her identity a secret. Prerna Arora is set to direct the video.

Recently, Arjun Bijlani appears in the reality program Smart Jodi as a participant. He and his wife, Neha Swami, took part in the entertainment-based show. In the episode, the actor revealed some intriguing facts about his personal life and childhood.