Relationships are very complicated these days and when the showbiz is talked about, we witness ample of such examples. Breakups, Patch-ups, calling it quits are common things these days. This generation has mastered the art of dealing with all these. Finding true love has become one of the toughest things.  Many people even have to be in a number of relationships before to finally find their true love. And then there are those who find their love after marriage, but not with their wedded life partner. Arjun Rampal is one such man. He was married to Mehr Jessia for 20 long years and were happily married until they were not in love anymore. They even have two beautiful daughters together Myra Rampal and Mahikaa Rampal.

Married in 1998, the couple had parted ways back in 2018 but legally filed for divorce in April 2019 and end their 21 years of marital life. The duo’s marriage came under the Special Marriage Act so the couple had to live separately for 1 year to get a divorce. Now as per a SpotBoye report, Principal Judge, Shailaja Sawan has finally granted a divorce to the couple on Tuesday. Reportedly the divorce has been sought through mutual consent and the custody of their two daughters Myra and Mahikaa lies with their mother Mehr. 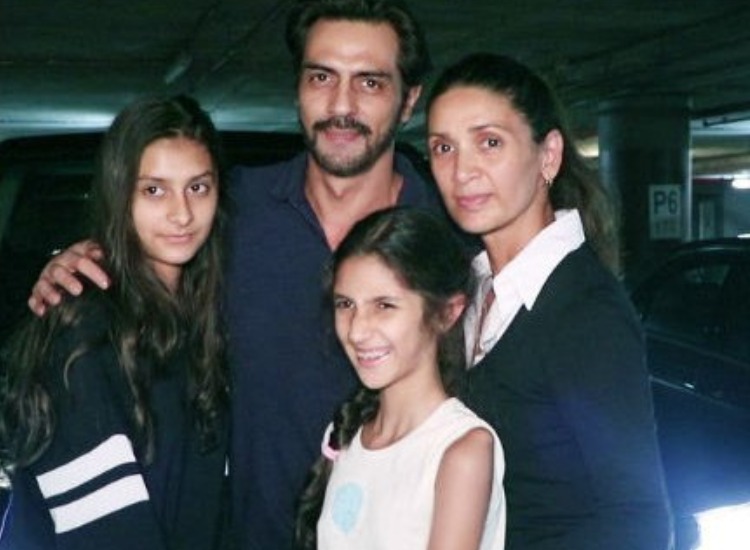 A report, in Mumbai Mirror suggests Arjun Rampal and Mehr Jessia had filed for a divorce in April 2019 and after almost six months, the Judge has dissolved their marriage. Their two daughters will live with their mother Mehr in a duplex apartment whereas Arjun had moved out last year to live in a rented 2 BHK apartment. 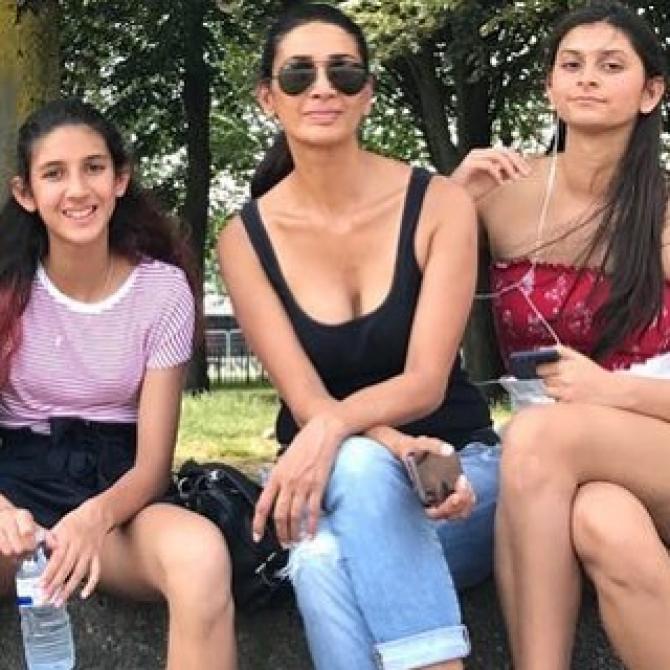 When they announced their separation in 2018, they had released a joint statement that read, “After a 20-year-long beautiful journey filled with love and beautiful memories, we would like to share, that all journeys have different paths. We feel that it is time for us to move on to different destinations henceforth. We have always been solid when it has come to us, we will continue to be solid for each other and our loved ones, as we embark upon a new journey”. 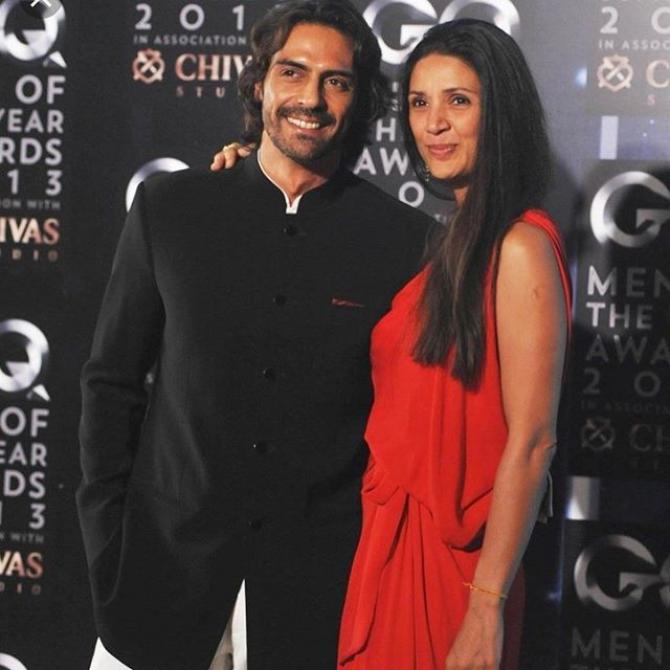 It further read, “Both of us being extremely private people feel strange to be making this statement, but such are the circumstances of our lives.  Where the truth can get distorted and lost. We are a family, our love for each other is forever intact and we shall always be there for one another and most importantly, for our children Mahikaa and Myra. We would, therefore, appreciate our privacy through this time. Thank all for their support. Relationships can end, but love lives on. We won’t be commenting on this any further.” 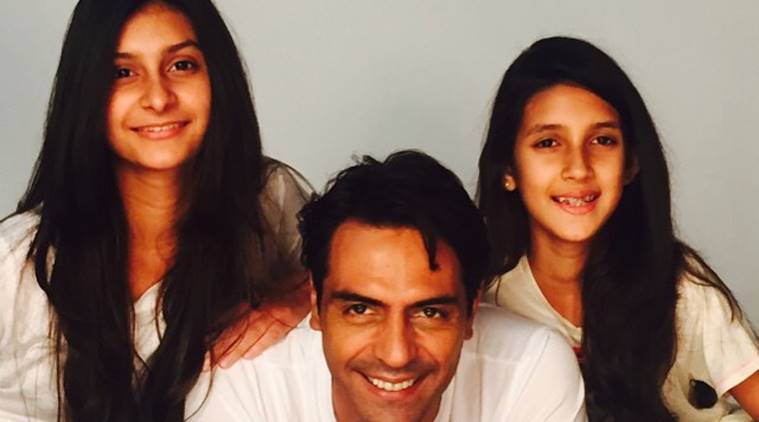 Post-separation with Mehr, Arjun Rampal has found solace again in model turned actress Gabriella Demetriades.The couple is now parents to a baby boy named Arik Rampal. On April 20, 2019,  Arjun had announced to the world that his ladylove Gabriella is pregnant with their baby. Sharing a beautiful picture, Arjun had captioned it as, “Blessed to have you and start all over again….thank you baby for this baby”. Gabriella too posted the same picture and captioned it as, “Grateful for you two can’t wait to meet you”. 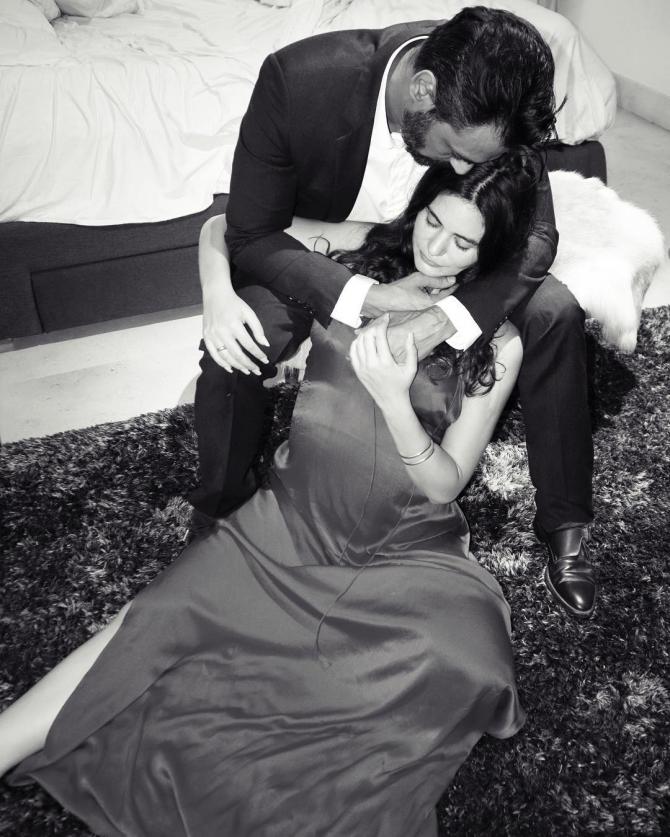 Mehr Jessia and her daughters Mehr and Mahikaa had taken the news of Gabriella’s pregnancy sportingly. A report in SpotBoye had stated, “The couple did their best to keep the pregnancy under wraps for the last six months. It turns out that several of their friends were kept in the dark too, including Mehr Jesia, Rampal’s wife of 20 years and mum to their two daughters, Mahikaa, 17, and Myra, 13. “Mehr has in fact taken the news rather sportingly. Her friends say that even though they haven’t filed for divorce yet, Mehr has come to terms with the fact that Rampal has moved on personally.” A friend close to Mehr has shared with the same tabloid, “They are still working out the financial terms of the separation. Mehr is a wonderful mother and wants to do what works best for her children.”

Abhishek And Jaya Bachchan to Take Amitabh Bachchan Home As He Got Discharged From The Hospital
What! Surbhi Chandana Just Proposed Vikas Gupta For Marriage Before He Leaves For Thai Vacation?
Kartik Aaryan got injured while leaving for shoot, misses his mother
Mouni Roy Spotted Holidaying With Banker Suraj Nambiar After Break-up With Mohit Raina