Wondering why Arjun Rampal is sporting this weird look? His new hairstyle is the hot topic of Bolly town. He took a new haircut and dyed his hair with Platinum Blonde. While many of them praised his new avatar while a few raised their eyebrows. But, there is a special reason behind this.

Arjun Rampal revealed on Instagram why he took up this new look. He stated that –

“A challenging part in a film needs me to push the envelope. Thank you my brother @aalimhakim for helping me create that & @razylivingtheblues to realize that dream. #Dhaakad #letsbeginagain.”

The movie he is talking about is his new upcoming movie ‘DHAAKAD‘, which is set to release on October 1, 2021, starring Kangana Ranaut.

Arjun was last seen in the movie ‘Nail Polish’ which was released on an OTT platform starring Manav Kaul. He has been always an enthusiast about experimenting with looks and hairstyles. This 48-year-old actor is set to play an interesting role in his upcoming movie’ Dhaakad’. While Kangana Ranaut will play a Rambo-Esque soldier in’ Dhaakad’. Arjun Rampal has been cast as a villainous antagonist named Rudraveer. He wrapped a schedule of the film in February and is now gearing up for the next one as he starts the prep with a look change.

“Boom. Evil has a new name – Rudraveer! Super excited to essay an antagonist who is dangerous, deadly, and cool at the same time! Here’s my look for Dhaakad.” 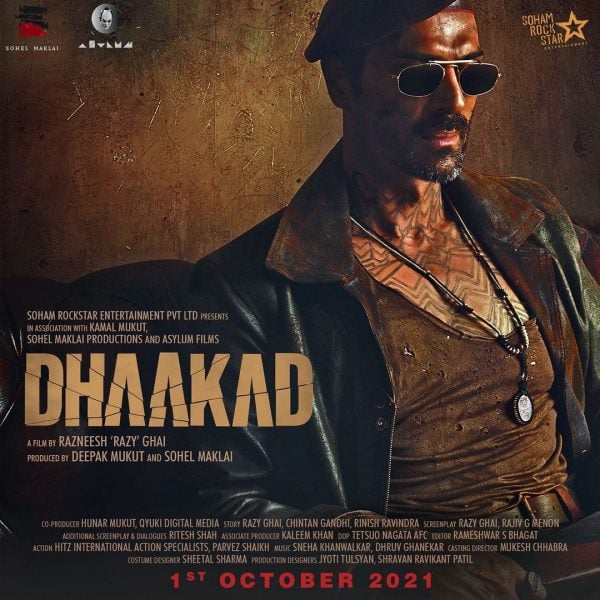 Fans have just gone gaga on his new look. He is aging like fine wine indeed. His hairstylist Aalim Hakim revealed his new look initially. The contrast of his black beard with platinum blonde hair has just made us drool over his new look. He began prepping for Kangana Ranaut’s Dhaakad earlier this year. He is excited to be part of Razneesh Razy Ghai’s directorial venture. The actor had told PTI,

“I am excited about it, it is a fantastic script. I signed this a while ago. Right now, I am going through the training process for the movie. One needs to rehearse and work towards what is required.”

Too much hotness to handle for now. How do you feel about his new look?