Bigg Boss 13 has managed to gain the TRPs that Bigg Boss 12 sadly couldn’t. People are loving the fights ane the controversies that the contestants are creating. The footage was given to Siddharth Shukla and his nok jhok and fights with Rashmi Desai and Devoleena Bhattacharjee are getting the most attention in the show. Beaming up is also the love that is brewing between Arti Singh and Vishal Aditya Singh. But there are other contestants too who are now planning to show up and get some footage for themselves as well. We are talking about Asim Riaz and Arhaan Khan. 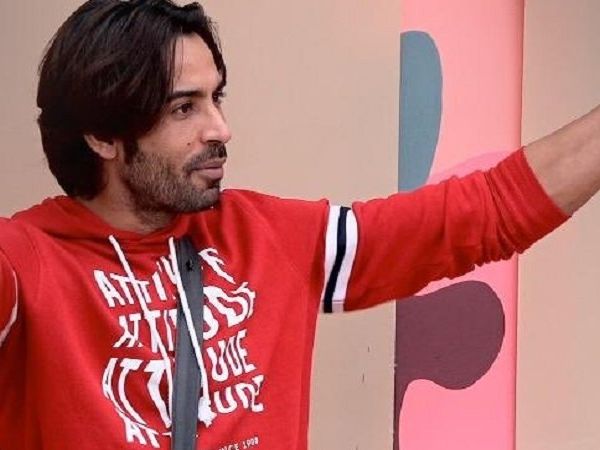 TV actor and Bigg Boss 13’s wild card entrant Arhaan Khan, who was made to stay awake in the BB house as a punishment for under involvement in the house, has emerged victorious in the latest Bigg Boss task back to back five times. During the ‘Rakshesh’ task, Arhaan was pitted against Asim, to fight for their respective teams. Both the team members were supposed to fill up caves with stacks of hay, through which the players would toil to get to the other end of the cave. Arhaan could complete the task with much ease in spite of being tall; Asim, on the other hand, had difficulty finishing the task.

Did u like #asim singing the love song? 😍😍👌👌👍👍#asimriaz#asimwinninghearts#asimriazfever#weloveasim#colorstv#endemol#voot#bb13

Asim was sad and down for losing the task give times in a row. Even his own teammates shunned him for being a loser. Asim had an unexpected breakdown and couldn’t control his tears. This is when Arhaan Khan extended his hand of friendship and consoled Asim. This act of sportsmanship didn’t go unnoticed.

The internet, too, can’t stop raving praises over his gentleman-like behaviour with arch-rival Asim Riaz. A user wrote, “Arhaan literally won my heart today…Everybody has been mocking him 4 his looks since the day he entered. Today he proved his mettle in the task and also showed how gentle he is with people in his life. I wanted him to go this week but not now.”

#ArhaanKhan rocked yesterday in the task.
He is very underrated.. i think.
His task performance was awesome 🙌
He deserves appreciation for yesterday. He played like a pro.
👏👏 #biggboss13 #BB13

Moreover he didn’t taunt anyone while breaking their plates.#BB13 #BiggBoss13

#ArhaanKhan is so gentle and considerate. He broke those plates ensuring no one gets hurts.

Talks properly with everyone.
He’s so close to #RashamiDesai and yet talks respectfully with #ArtiSingh
He doesn’t think “meri team” “uski team”, manners hain bande mein.#BB13

Arhaan Khan is a gentleman. He always talks with respect to everyone. #BB13

i really think #AsimRiaz is a winning material he just need to get out the shadow of Mr. “I,Me and MySelf”-#shidharthshukla #ArhaanKhan impressed me a lot yesterday, using his brain(manipulate asim) as well as his body to win the task#BiggBoss13 #BB13

Arhaan literally won my heart today…
Everybody has been mocking him 4 his looks since the day he entered.

Today he proved his mettle in the task and also showed how gentle he is with people in his life.