The thirteenth season of one of the most controversial shows “Bigg Boss” is living up to the expectations of its audiences and providing them with their daily dose of masala and gossips. The 13th season has started with a bang and has got our eyes glued to the television ever since. The makers of the show make sure to come up with interesting tasks every week for the houseguests. From budding romance, friendships to fights all the episodes of the show are enough to grab eyeballs.

One of the favourite contestants of controversies and rumours is Siddharth Shukla. From being called a “40-year-old Buddha” to “being at the forefront of any fight”, the show seems to revolve around Siddharth Shukla. And now we are again here with yet another gossip related to him. Shehnaaz Gill and Siddharth Shukla shared a great rapport at the beginning of the show but they soon started drifting apart and getting into fights. However, they patched up and were back to being friends.  But again Sidharth has done something that has made Shehnaaz Gill deeply upset. 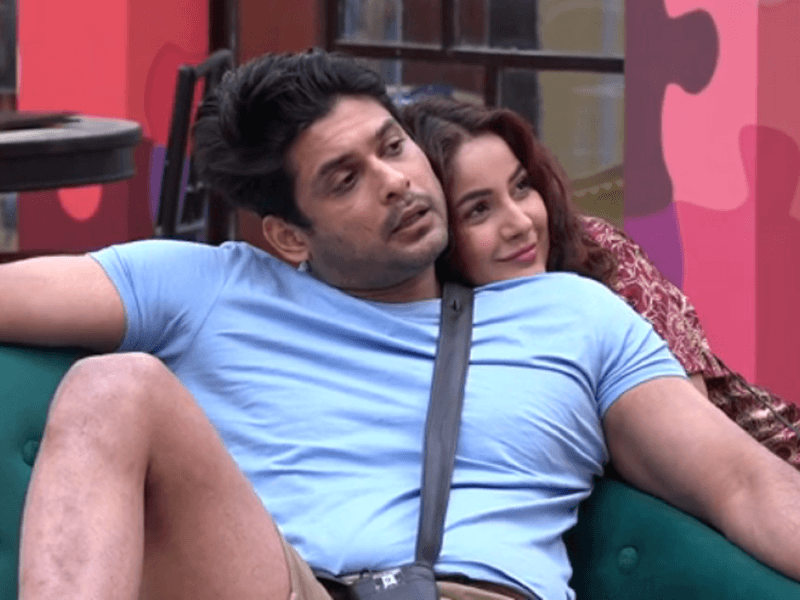 In a recent episode, Devoleena and Shefali were given a task to rob the maximum number of other contestants belongings. Shefali won the task and impressed by her performance Bigg Boss had arranged for a pool party for Shefali as a reward and she was allowed to take five other contestants with her. She chose to take Sidharth Shukla, Arti Singh, Asim Riaz, Himanshi Khurrana and Hindustani Bhai with her. During the pool party, Sidharth enjoyed dancing and flirting with Arti Singh and Shefali Jariwala. Shehnaaz after watching Siddharth getting close to them got upset and affected by it.

Meanwhile, tonight’s episode will see yet another fight between friends turned foe, Sidharth Shukla and Asim Riaz. During a task which sees Shehnaaz Gill turning into a bride, Sidharth and Asim get into a verbal spat which later turns violent. While the two had been great friends since the very beginning, their relationship has changed and now they get into fights every now and then. However, looks like this is going to be an ugly one, as Asim yells at Sidharth for being rude and soon it turns violent and the two can be seen shoving each other.

The fight between Asim Riaz and Sidharth Shukla takes a violent turn and soon all members of BB house have to intervene. Looks like, what was supposed to be a fun task, has taken a turn for the worse.

What’s cooking between Sidharth Shukla and Shehnaaz Gill? Do let us know in the comments section below.