South superstar Mahesh Babu and his wife Namrata Shirodkar are currently in New York. The couple along with their two children Sitara Ghattamaneni and Gautham Ghattamaneni are on a holiday. Before New York, they went to some picturesque locations in Europe too.

Recently, a photo of Mahesh and Namrata with Microsoft co-founder Bill Gates in New York went viral. The duo met him during their stay in the city. After meeting Bill, Mahesh took to his Instagram handle to heap praises on him. He shared a photo with Gates and wrote, “Had the pleasure of meeting Mr. @thisisbillgates! One of the greatest visionaries this world has seen… and yet the most humble! Truly an inspiration!!”

And now, seems like Bill Gates also has the same regard for the Telugu actor. He has re-posted the photo shared by Mahesh. Along with that, he has mentioned he loved meeting the couple too. Taking to Twitter, Bill Gates wrote a special message for the power couple. He penned, “Being in New York is always fun – you never know who you`ll run into. It was great meeting you and Namrata!” 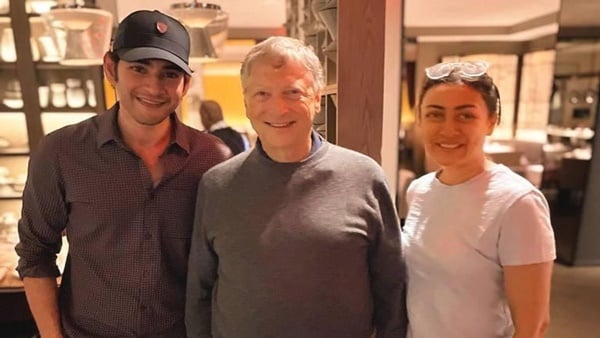 On his Instagram story, the billionaire wrote, “Great minds eat alike- I enjoyed meeting you and Namrata,” alongside a picture of him with the couple. Not only that, Gates has also started following Mahesh Babu on both Twitter and Instagram.

Coming back to the couple’s family vacation, they have been treating their fans with some lovely pictures. Their daughter Sitara, whose account is managed by Namrata put out a picture of her parents posing for the camera. Showcasing her photography skills, Sitara captioned it, “I’m such a cool photographer Love it when both of them are in my frame”. 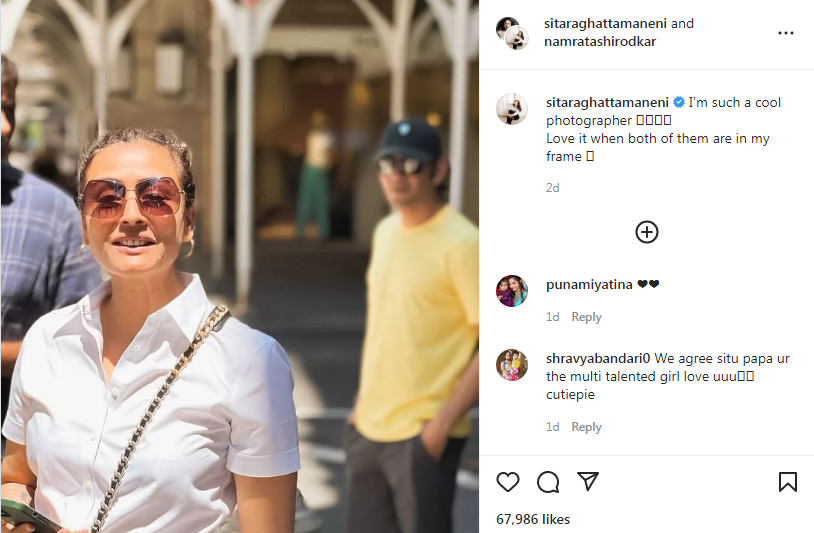 On the professional front, Mahesh Babu will be next seen in Jana Gana Mana along with Pooja Hegde. His last release Sarkaru Vaari Paata did not do well at the box office. It was also written off by the critics.