No matter how many people you have stumbled upon in your life, you get to feel the instant connect with the one who is meant for you. And when love hits you everything in life seems to cease and everything looks just so perfect. Karan Singh Grover and Bipasha Basu felt the same click when they worked together and soon they fell for each other. The couple finally tied the knot on April 30, 2016. It’s been three years yet they share the same amount of warmth and admiration.

On 17th September 2019, the entire nation celebrated Karwachauth. Karwa Chauth is one of the most special and awaited festivals for all Indians, especially the women. It is believed that fasting for their husbands on this day gives them a longer and healthier life. Bipasha also celebrated the festival with her hubby Karan Singh Grover. The actress also shared a video performing Karwachauth with hubby, in the video, we could see Bipasha dressed in a gorgeous lush white ensemble while hubby Karan complemented her look in a formal pantsuit. She had captioned the picture as, “Fast followed by the feast #monkeylove #karwachauth2019”. Take a look:

Karan and Bipasha had once shared their mantra to keep the relationship alive even after three years of marriage and said, “By telling each other how much we love each other as many times as we can.” To which, Bipasha had added, “Yes, it’s necessary to tell your partner that he or she is important in your life. We make each other feel special. That’s how you can keep the romance alive. You should never take your partner for granted.” 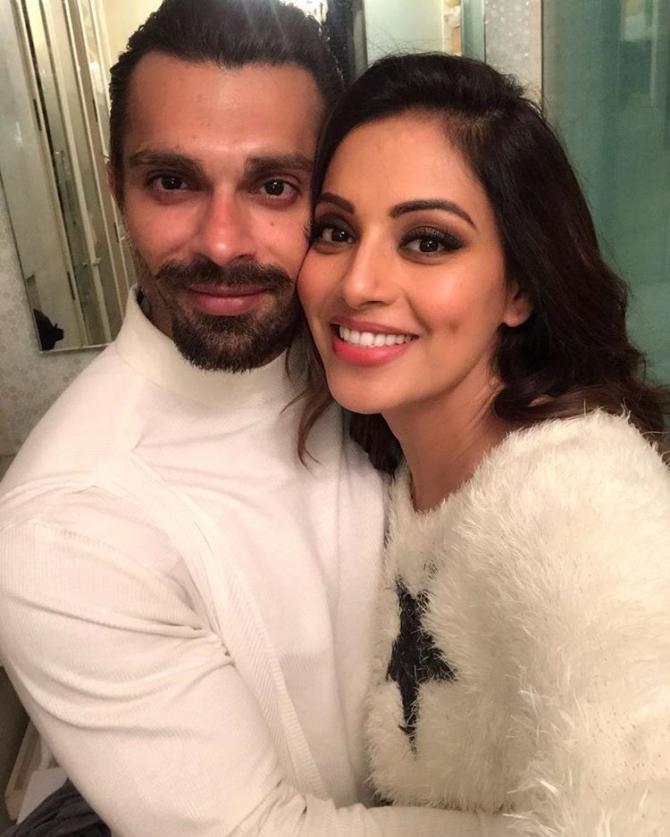 In an interview with DNA Karan and Bipasha had once shared what has remained constant even after three years of marriage. Karan had stated, “Our love for each other is not just constant, but also growing every day. Respect for each other is the other. Start your foundation on the basis of respect for the human being that you are. Respect the person you are falling in love with.” And Karan Singh Grover had replied, “We are quite crazy. We both love food. That’s a kind of constant — our love for each other and food.” To which Bipasha had interrupted, “That’s a lie! You were never a foodie before you met me.” Karan had said, “Being married to you for three years now, I am one.” Bipasha agreed and said, “Well, yes, then both of us are foodies now!”

We wish Karan and Bipasha a lifetime of togetherness.