Actress Blake Lively has called out an Australian tabloid after they posted a photo of her children on Instagram. Blake and her husband actor Ryan Reynolds have three daughters–James, Inez, and Betty. The tabloid shared the picture collage highlighting the faces of Blake Lively’s children. The collage showed James and Inez in a stroller as Blake held Betty in her arms, as per Just Jared. It added that another photo showed her ‘smiling brightly and waving at the cameras’. 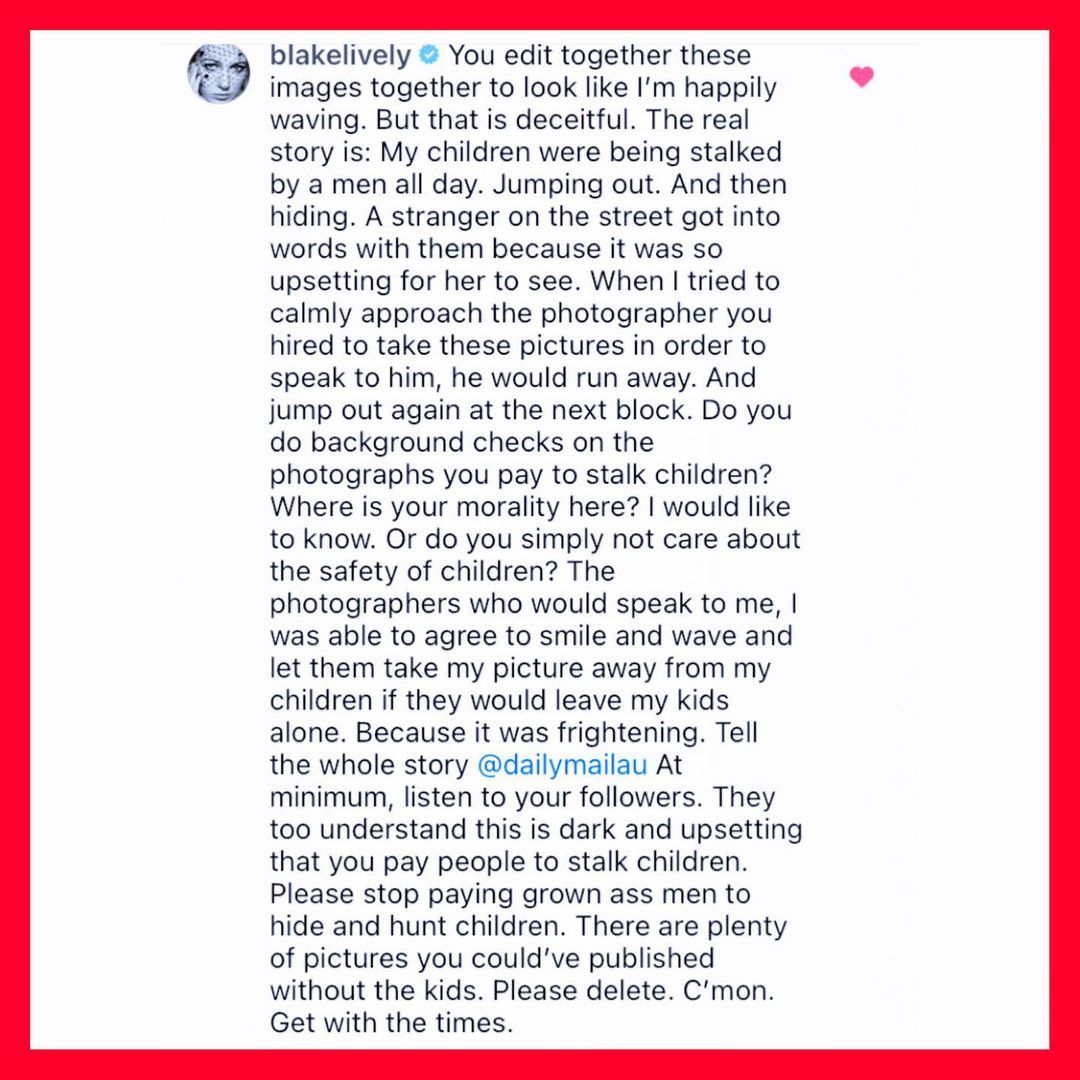 The Gossip Girl actress took to the comments section of the post and shared the ‘real story’ behind the photos. Blake Lively said, “You edit together these images together to look like I’m happily waving. But that is deceitful. The real story is: My children were being stalked by a men all day. Jumping out. And then hiding. A stranger on the street got into words with them because it was so upsetting for her to see. When I tried to calmly approach the photographer you hired to take these pictures in order to speak to him, he would run away. And jump out again at the next block.” 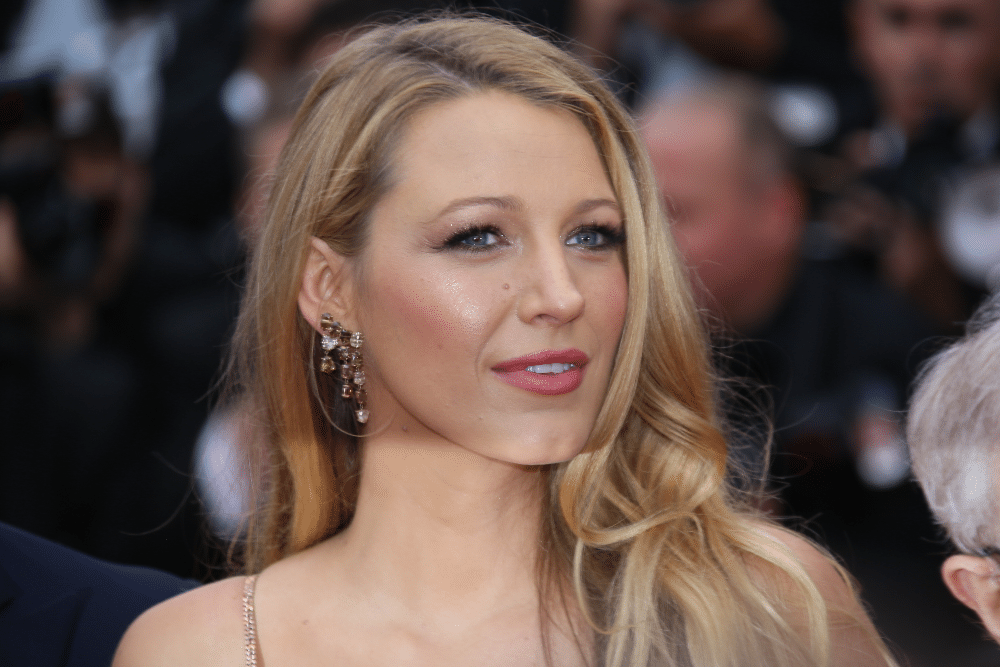 She continued, “Do you do background checks on the photographs you pay to stalk children? Where is your morality here? I would like to know. Or do you simply not care about the safety of children? The photographers who would speak to me, I was able to agree to smile and wave and let them take my picture away from my children if they would leave my kids alone. Because it was frightening.” Blake concluded, “Tell the whole story @dailymailau At minimum, listen to your followers. They too understand this is dark and upsetting that you pay people to stalk children. Please stop paying grown a** men to hide and hunt children. There are plenty of pictures you could’ve published without the kids. Please delete. C’mon. Get with the times.” 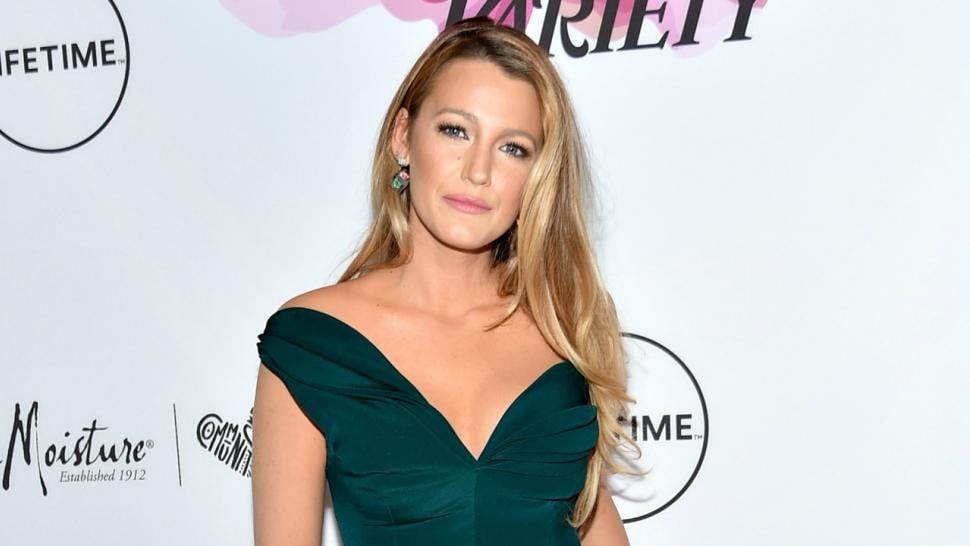 Earlier this month, international supermodel Gigi Hadid, who is also a close friend of Blake, had asked the media paparazzi and the fan clubs to blur the face of her daughter Khai from photographs ‘if and when she is caught on camera’. She had taken to her social media accounts and shared a long post, calling it ‘a letter from a Mamma’. Meanwhile, Blake will play the lead role in the adaptation of We Used to Live Here, a psychological thriller novella by Marcus Kliewer. She was recently cast as the lead in Netflix’s feature adaptation of the Dark Horse comic Lady Killer.