Bollywood’s most powerful couple Kareena Kapoor Khan and Saif Ali Khan is the latest to join the Red Sea Film festival to represent Bollywood in Jeddah. The Royal couple is all set to bring the royal taste of Bollywood to the prestigious Film festival Red Carpet. Kareena Kapoor Khan never takes a chance to disappoint her fans and Followers. Her beautiful outlooks always win the heart of netizens and users. 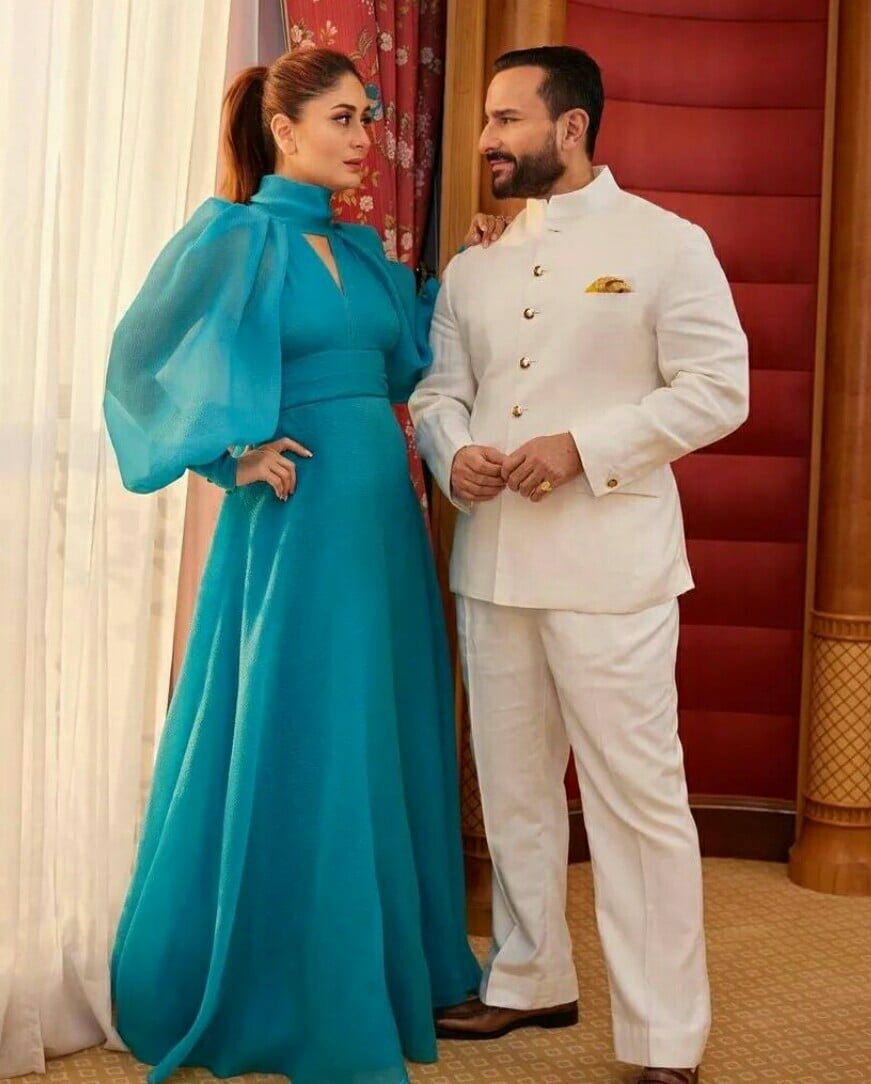 This time, the Agent Vinod actress go with a flowy blue gown by Monique Lhuillier and tied her hair in a ponytail; while Saif chose a pristine white outfit. She wrote in her post, “Never feeling blue with my man…always wearing it.” Checkout the photos here: 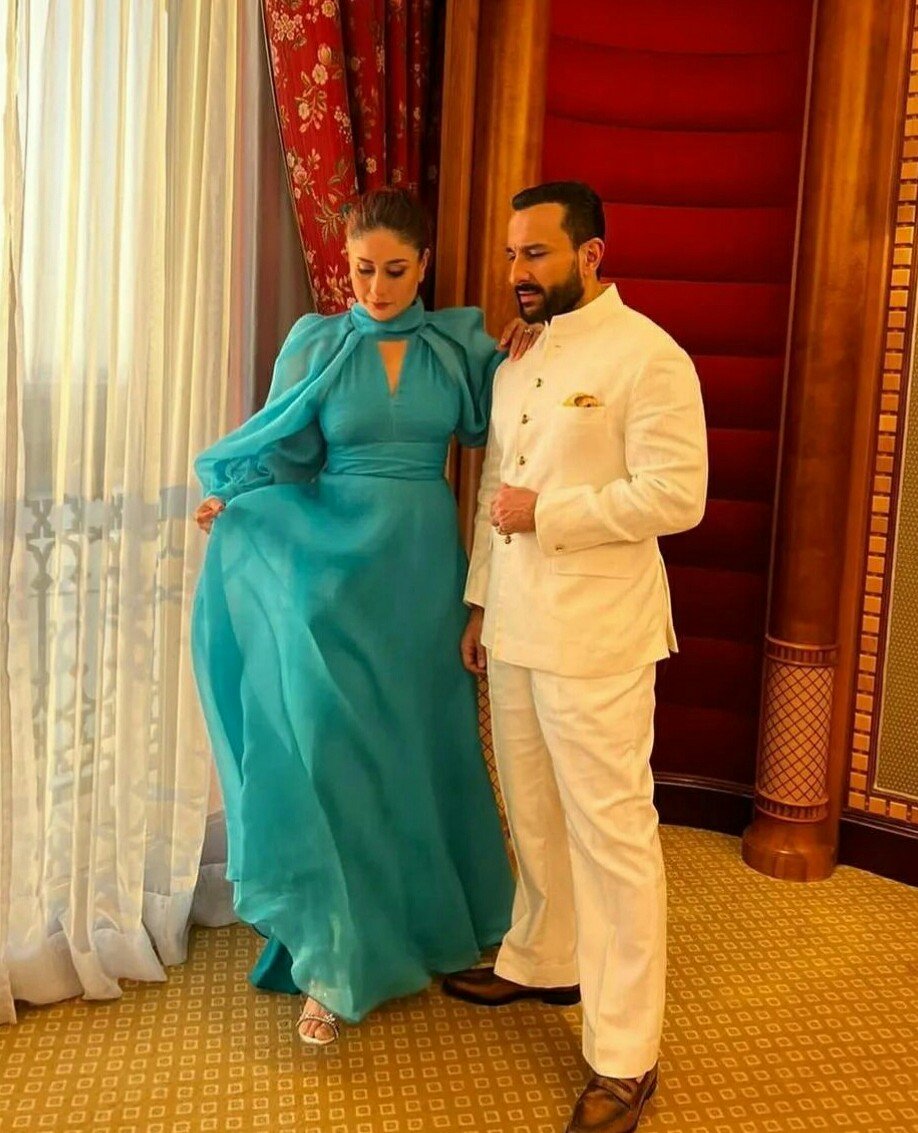 Earlier, the festival was attended by B-town celebs like Priyanka Chopra, Shahrukh Khan, A R Rehman, Kajol, Shabana Azmi and many more. While moving to Jeddah, the power couple had a great time on the flight. Kareena was seen taking pictures of Saif Ali Khan and Saif hiding as he doesn’t want candid clicks. Kareena wrote while sharing the pictures, “And of course. Husband – stop taking my pictures for your gram. Me – can’t stop, won’t stop.” Kareena also added a heart emoji at the end of the note. She also added a timestamp that read, “Friday at 7:18 am.” 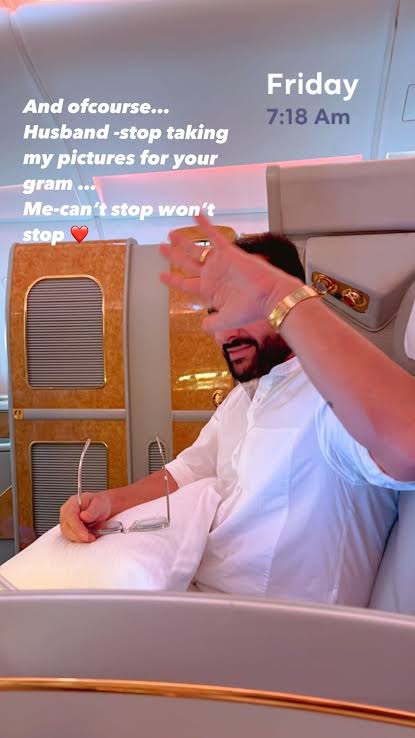 Talking about the work front, Kareena wrapped up the shooting for his upcoming project with Hansal Mehta. The actress will also be seen in Sujoy Ghosh’s The Devotion of Suspect X and Saif Ali Khan has Adipurush in the pipeline.