BTS is in the headlines every other day for the tiniest of social media movements. The lads have been uploading a lot of photographs from their studio lately, assuring fans that they are working on something. Jeon Jungkook, the group’s maknae, has removed his iconic eyebrow piercing, and it appears that ARMYs are not pleased.

For the uninitiated, the Bangtan Boys were previously in the spotlight when they took a vacation during the holidays. Big Hit, the band’s management organization, has announced that the band would play live in Seoul in April this year, following a successful performance in November-December 2021. They are anticipated to release a new album in the coming months, and there have been rumours that a world tour is in the works. 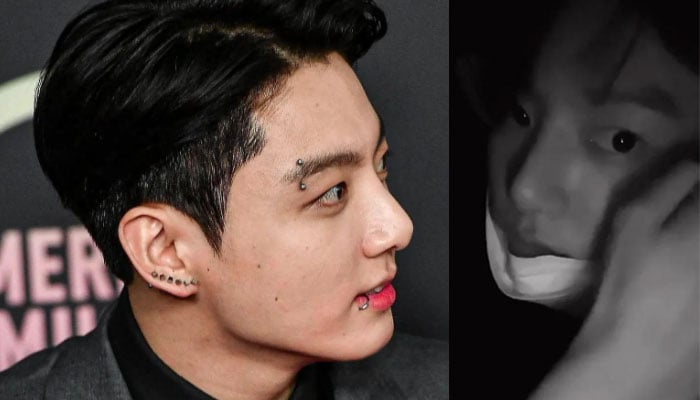 Jungkook, the youngest member of BTS, was seen commuting in a car while recording himself with music playing in the background in a recent Instagram story. ARMYs noted that he was not wearing his eyebrow piercing, which had become a part of his identification, despite the dark illumination. He had the piercing just a few months ago, right before Butter’s advertising began.

Check out the reactions here:

jungkook's eyebrow piercing… i need it back for my sanity… pic.twitter.com/PGLpLQ52wN

Some admirers believed Jungkook had hidden it for a while, but the majority believed he had finally gotten rid of it. A section of the fans was also disappointed since they adored the brow stud he wore. They were observed expressing themselves with dramatic memes and GIFs, implicitly urging JK to return to his previous look.

Jungkook earlier made headlines when his duet with BTS member SUGA, Stay Alive, was released. The song is from the webtoon 7FATES: CHAKHO, and it’s already causing a stir on the internet.