Check Out The Reason Why Shilpa Shetty Was Called Lady Ranveer Singh? Deets Inside!

Shilpa Shetty flew to Riyadh, Saudi Arabia, to participate in Salman Khan’s Da-Bangg concert tour. At Mumbai’s Kalina airport, she was spotted. She was dressed in black and wore athletic shoes. Fans, on the other hand, were quick to discover Shilpa was wearing mismatched sneakers and began relentlessly mocking her for her fashion choices. 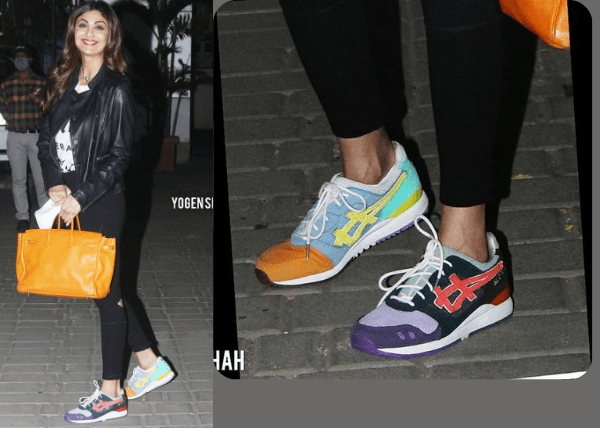 Popular celebrity photographer Yogen Shah shared a few images of the actress as she left for Riyadh. The actress was seen sporting a black trouser, paired with a white t-shirt and black leather jackets. Shilpa was also seen donning an evil eye pendant. However, what grabbed everyone’s attention was the fact that the actress was actually wearing two different coloured shoes on her feet. While others teased Shilpa by wondering if she had stolen her shoes from outside the temple, others openly mocked her shoe choice. Other internet users dubbed her ‘Lady Ranveer Singh’ for making an unusual fashion statement.

Meanwhile, Salman too was spotted leaving for the Da-Bangg tour. The Antim actor was seen sporting a grey t-shirt over blue denims as he posed for the paparazzi’s before heading inside the airport.

Shilpa Shetty is now one of the judges on the reality show India’s Got Talent on television. The actor’s Instagram account is full of photographs from her time on the set of the show, including entertaining interactions with the co-judges and fashion photoshoots before entering the set. 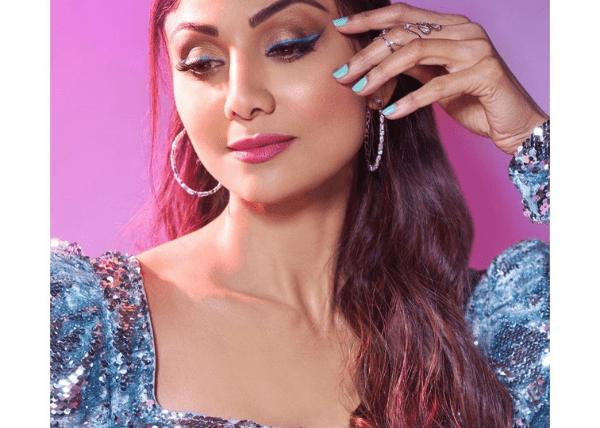 Recently Shilpa played muse to the fashion designer Naja Saade and picked a shimmery jumpsuit from his wardrobe. Shilpa eschewed her ethnic costumes in favour of a stylish cocktail dress. Shilpa acted as muse to fashion designer Naja Saade for the session, choosing a glittering jumpsuit from his inventory. The fashion designer is well-known for his ability to combine beauty, charisma, style, and comfort into exquisite ensembles. For the photos, Shilpa chose a silver jumpsuit.  The full-sleeved midriff-baring shirt featured a square-cut neckline and puffed detailing on the sleeves, as well as wide legs on the bottom. Shilpa completed her ensemble with a black belt with a side tie-up knot accent.