Construction Worker In Background Steals Whole Limelight Of Alia-Ranbir At Construction Site Of Their New House!! 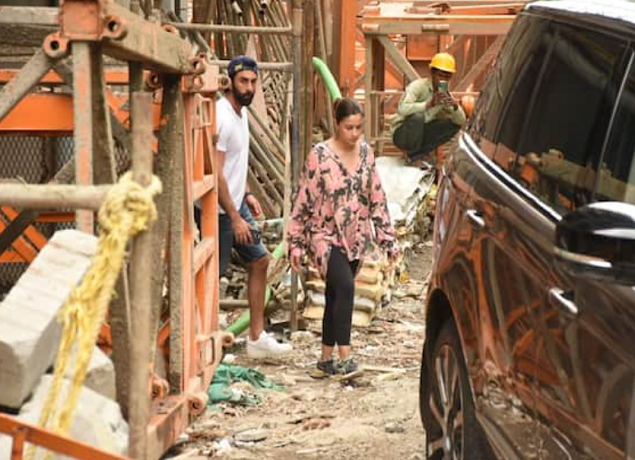 Alia Bhatt and Ranbir Kapoor are building their new home in Mumbai. And for its inspection both reached the construction site to look at the work done in their house. In the pictures that surfaced, Alia is seen in a pink and gray color dress, while Ranbir is seen in a white T-shirt. 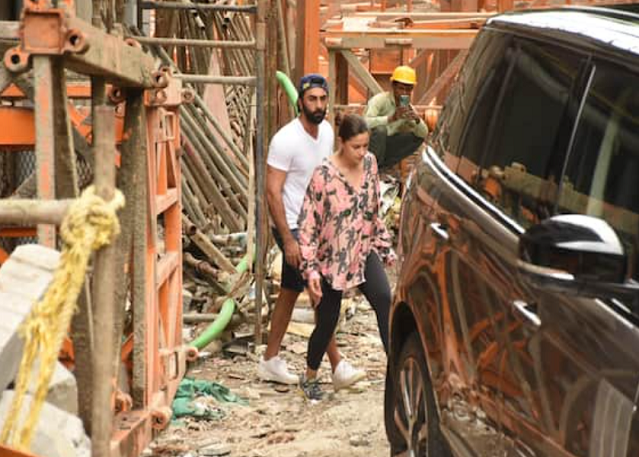 However, the interesting that is making headlines among the fans is the construction worker who is been in background of the surfaced picture. Actually, the worker seen in the background of the picture leaves his work and is seen clicking pictures of Alia and Ranbir. And this thing became a subject of jokes for the netizens on internet and they are making fun of the worker by making various memes. These days, the couple is also in news about their upcoming child. Alia announced her pregnancy in June, after which both are in constant discussion. 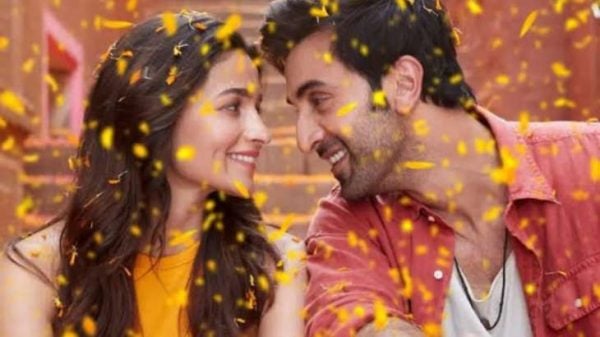 However, if we talk about the work front of both, then Alia Bhatt’s next film is ‘Rocky Aur Rani Ki Prem Kahani’, in which Ranveer Singh will be seen with her. At the same time, Ranbir Kapoor will be seen in the film ‘Animal’. He will be opposite Rashmika Mandanna in this film.