‘Don’t You Dare Drag My Family’: Aly Goni Takes A Break From Twitter After Trolls Abuse His Sister

Aly Goni and Jasmin Bhasin are hugely popular on social media right now. Every day, fans decided to do some trend for their faves. In fact, people close to them like Aly Goni’s sister Ilham and Jasmin Bhasin’s BFF Pankaj Bhalla have also trended due to fans. Yesterday, things got a little ugly after some fans dragged in Aly Goni’s sister Ilham. It seems some sarcastic comments were passed at her. As we know, the couple just went to Goa along with Ilham Goni and her husband. They were celebrating her birthday. Aly Goni came to know that his family was being dragged into his social media mess. 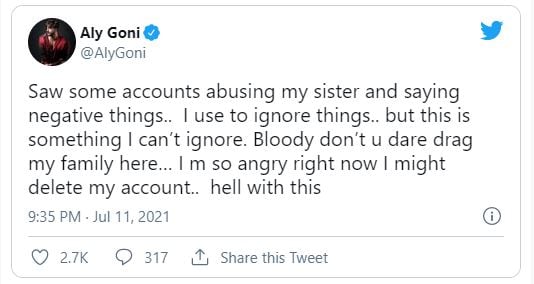 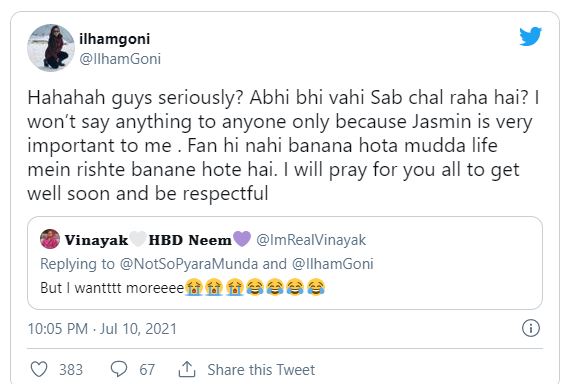 He wrote in a tweet on Sunday, “Saw some accounts abusing my sister and saying negative things. I use to ignore things. but this is something I can’t ignore. Bloody don’t u dare drag my family here I m so angrily right now I might delete my account.. hell with this. In another tweet, he added, “I m going off Twitter for a while… lots of love to my people. peace out.” Jasmin Bhasin, who appeared on Bigg Boss 14 with Aly, also took to Twitter and urged the irate crowd to calm down. She wrote, “I am neither blaming anyone nor misunderstanding anyone. Just request you all to stay positive and calm. When we don’t respond to toxicity, it dies itself. If you love me you’ll spread love, just love. Aly’s sister also tweeted, “Hahaha guys seriously? Abhi bhi vahi Sab chal raha hai? I won’t say anything to anyone only because Jasmin is very important to me. Fan hi nahi banana hota mudda life mein rishte banane hote hai. I will pray for you all to get well soon and be respectful.” 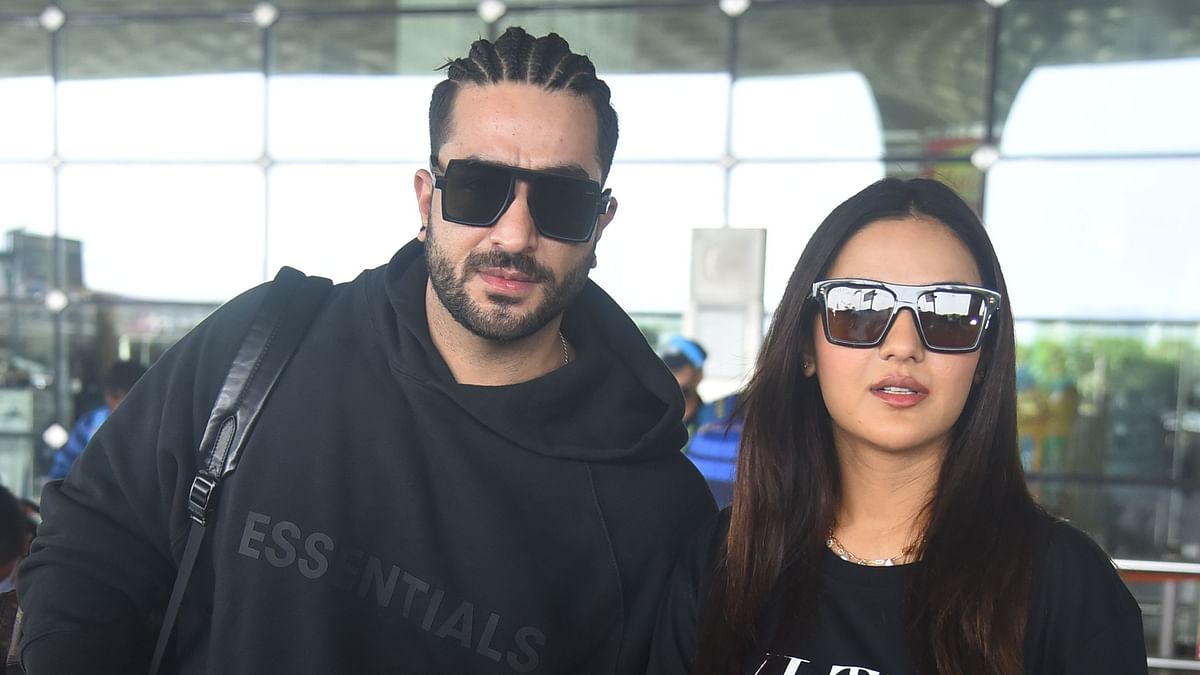 Jasmin had shared photos with Aly, Ilham and brother-in-law Danish from Goa. Calling them her ‘birthday squad’ she wrote, “You guys took several flights and two days of traveling to make it for my birthday, in these times of pandemic. And did everything to make the day special for me. Love you guys.” Jasmin and Aly met each other during the shoot of Khatron Ke Khiladi 9 and became thick friends. However, it was only when Aly joined Jasmin in the Bigg Boss 14 house that the couple realized that there was more than friendship between them.