Bollywood couple Ranbir Kapoor and Alia Bhatt is on cloud nine these days. After welcoming their firstborn earlier this month, they have finally zeroed in the name of their ‘miracle girl’. The new mommy has recently announced the same in a unique way on social media.

Taking to Instagram, Alia shared an adorable click of her and Ranbir holding their baby. While the three of them pose together, the focus of the picture is on the Barcelona jersey in the background that flashes the name of couple’s daughter as ‘Raha’.

Revealing the significance of the name chosen by Neetu Kapoor in different languages, Alia wrote alongside the snap, “The name Raha (chosen by her wise and wonderful Dadi) has so many beautiful meanings…Raha, in its purest form means divine path in Swahili she is Joy, In Sanskrit, Raha is a clan, In Bangla – rest, comfort, relief, in Arabic peace, it also means happiness, freedom & bliss. And true to her name, from the first moment we held her – we felt it ALL! Thank you Raha, for bringing our family to life, it feels as though our lives have only just begun.” 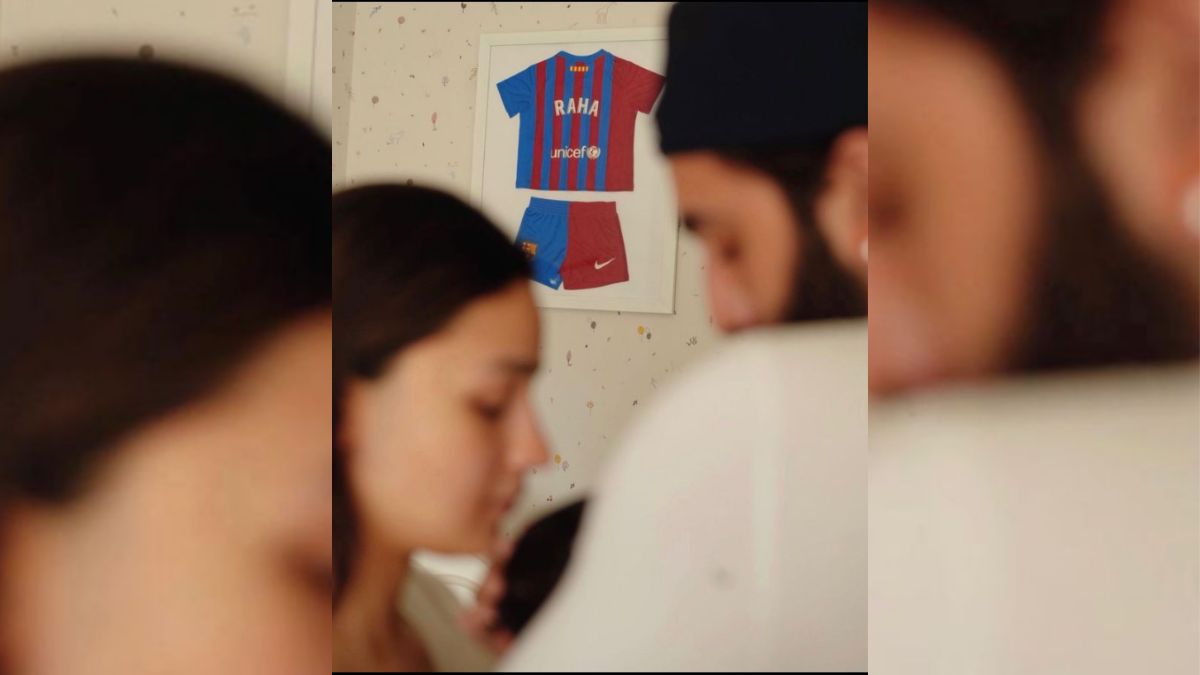 As soon as Bhatt posted this cute blurry family frame, fans and well wishers started showering the little one with their abundant blessings. But a certain section of netizens created a negative atmosphere by trolling the new parents in B-town. A user took a dig at Alia by asking her why she chose to make an official announcement of her daughter’s name when she is concerned about raising her in public eye.

The comment read, “I don’t want to raise my daughter in public eye. But I will announce her name in public. Double standards! Waise bhi isko khud ka dimag toh hai nhi, dusron ko bass copy karti hai. Be it clothes or being a mom.” Others made fun of the pair for using Barcelona’s jersey. Some others said, “Barca jersey hi mili thi,” “Aur Raha ko agar Real Madrid fan banna ho toh.” 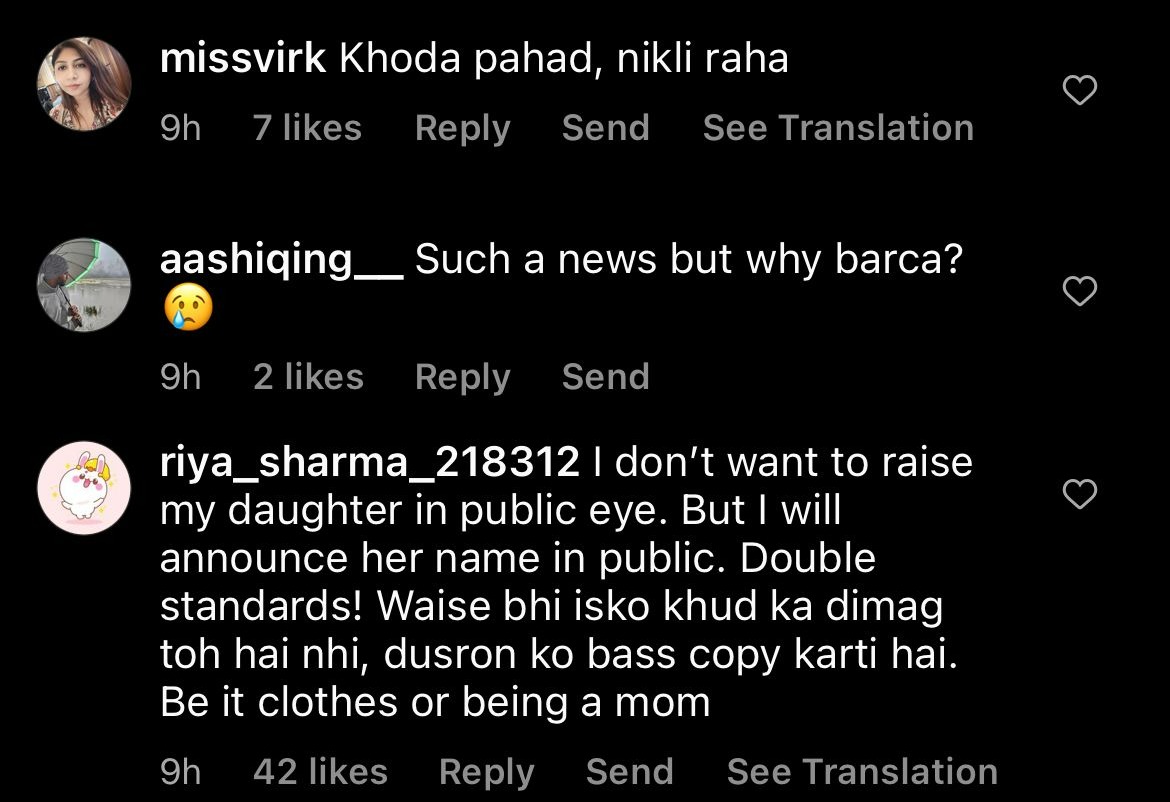 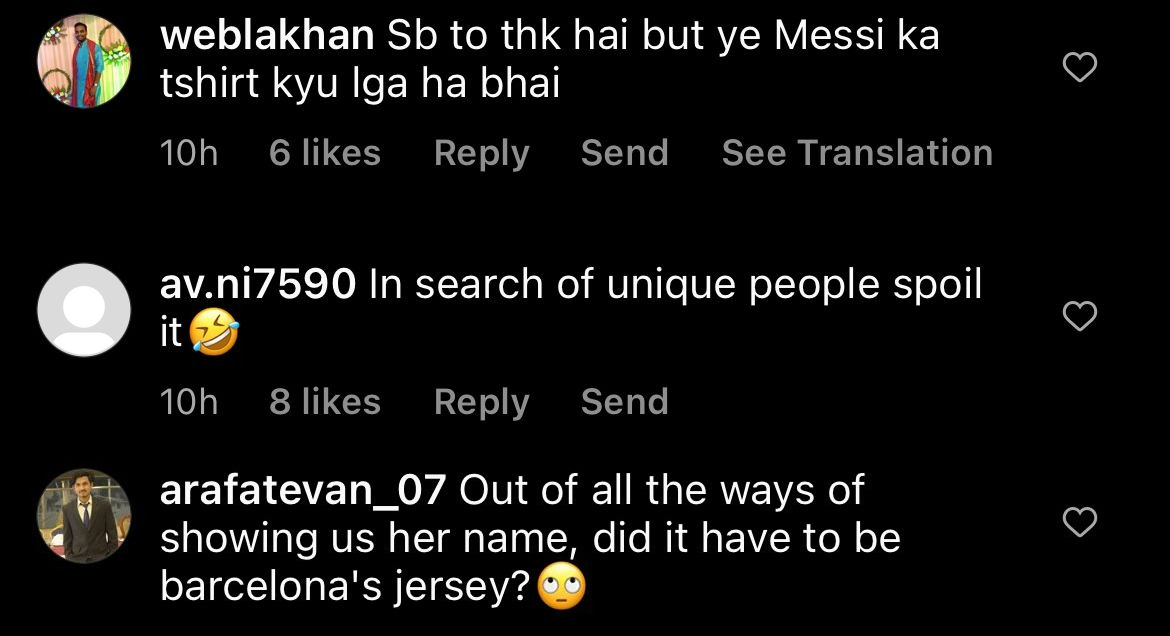 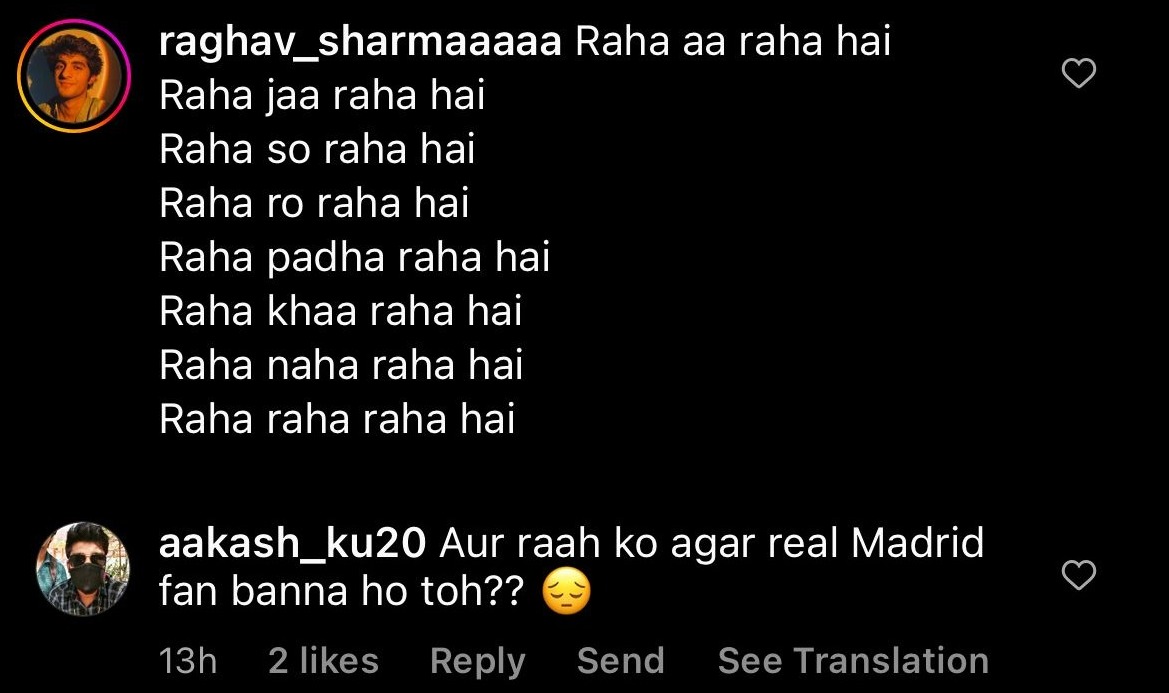 For the unversed, Alia Bhatt and Ranbir Kapoor tied the knot in April 2022 in a low-key ceremony. They announced about expecting a baby in June, 2022 and welcomed their little bundle of joy on November 6, 2022.