Actress Esha Gupta of Jannat 2 fame is one of the hottest and fittest beauties of the Bollywood industry. We have seen her weaving magic on-screen with her portrayal of different and amazing characters. Esha is nowadays showcasing her acting skills in web shows. She is exploring the OTT platform more than the big screen like many other actors. The actress undoubtedly knows how to grab the eyeballs of the fans and she keeps doing that by sharing her latest pictures on the picture-sharing app, Instagram. Her fans admire her beauty a lot but her latest post on Insta is raising the eyebrows of many.

The actress is currently on a vacation to Jaipur. From her trip, she shared three sunkissed pictures of herself on her social media. In the picture, Esha is seen standing on a balcony and admiring the beauty of nature. But what attracted hatred from trolls for Esha is the fact that we can only see the back of the actress as she is topless in the snaps shared by her. 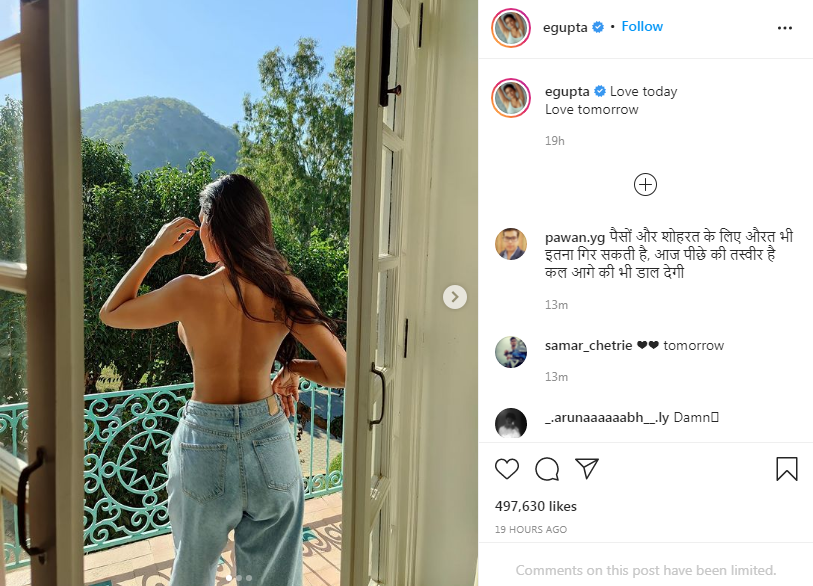 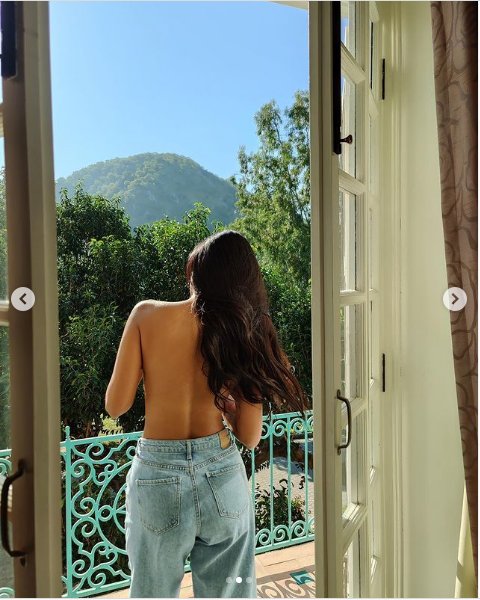 These half-naked pictures gained Esha a few good comments but there were some who were not too impressed with her look. They immediately started trolling Gupta for revealing her body. It is clear from the comments that Esha is receiving backlash because of her latest outwardly bold pictures. Many people are asking the actress to have some shame and to go and wear some clothes. Some others are challenging her to turn and pose. Most of the vulgar comments on the post are too bitter to handle.

Have a look at the comments section of Esha’s post: 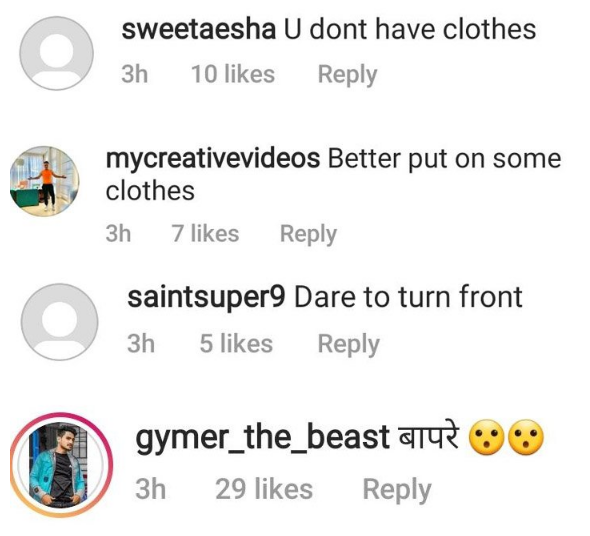 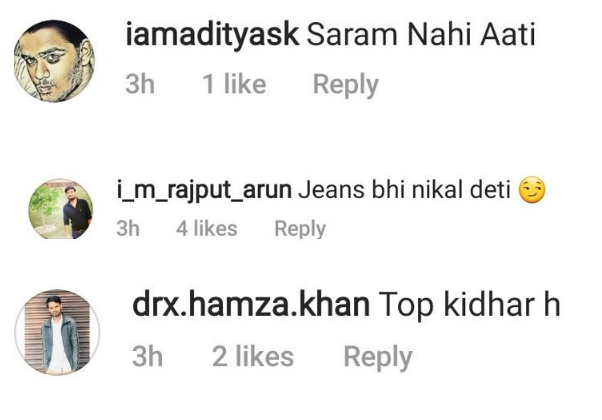 But whatever view the trollers hold, they cannot deny that whenever it comes to raise the temperature, the actress’s name tops the list.

On the professional front, Esha was last seen in the MX player web series Naqaab alongside Gautam Rode and Mallika Sherawat. She is gearing up for the release of her next web series Aashram chapter 3 along with Bobby Deol.