Isha Ambani And Anand Piramal tied the knot with each other at Antilia, Mumbai on December 12, 2018, in Gujarati style. The couple was truly blessed to have present almost every Bollywood star at their wedding. The pre-wedding, as well as the wedding events, were grand and really graceful. Everyone had an amazing time with each other and rocked each ceremony with their dancing moves. The social media was filled with all their photos and videos and we just couldn’t get over this.

And now, it is Isha’s first birthday post her wedding. As we got our hands on her pictures where she is wearing a pink dress, her surroundings are blooming with flower decoration. Isha is definitely glowing in this picture. Have a look at the magical picture: 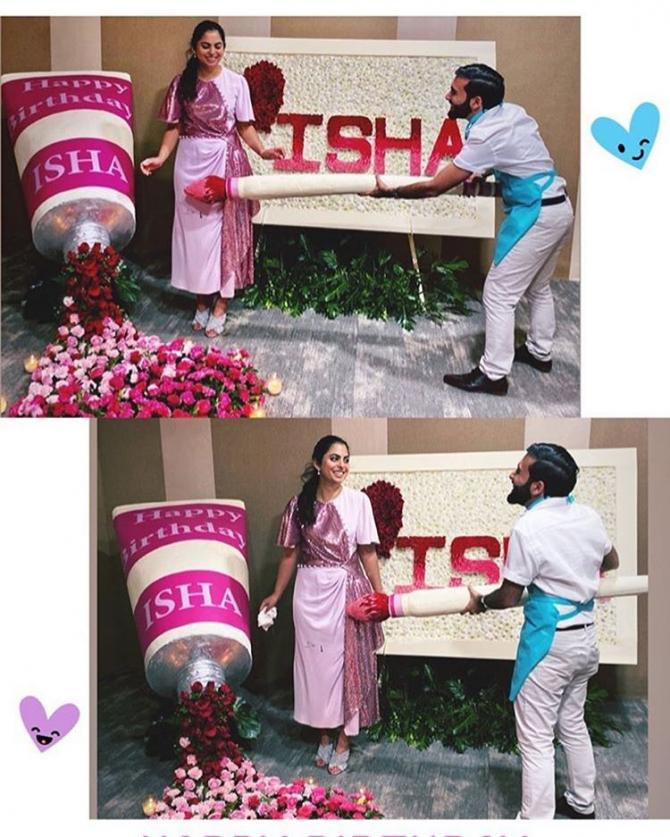 Not many know that Jio that is now a sim in almost every Indian’s phone was an idea of Isha Ambani. Her father, Mukesh Ambani had revealed the same to a group of audience in London in March 2018 after receiving the Financial Times-ArcelorMittal Award for “boldness in business”. He had said, “The idea of Jio was first seeded by my daughter, Isha, in 2011. She was a student at Yale (in the US) and was home for holidays. She wanted to submit some coursework, and she said, “Dad, the internet in our house sucks.” Also, the idea to have a different logo that would stand out from the rest of the businesses and identity of the “old Reliance” was Isha’s brainchild. 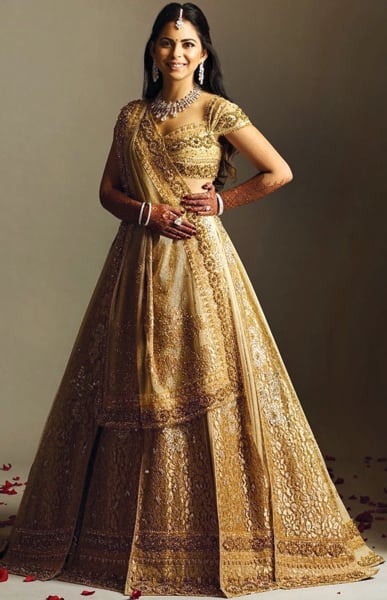 In a post-marriage interview with Vogue Isha Ambani had once revealed how she and Anand are two different souls as a couple and said, “He hates attending events, I enjoy them. I really enjoyed our wedding, but it was not exactly his idea of fun (laughs). He’s more spiritual than I am. But we are also very similar. We are both very family-oriented, and we both love food. I remember in one of the speeches that my father gave at my wedding, he listed ten reasons why he liked Anand. It was hilarious, and dad concluded by saying that these are probably the same ten things that he would also use to describe himself. And it’s true; in many ways, Anand reminds me of my father.”