Exclusive: Rakhi Sawant & Husband Ritesh To Have A Baby Soon

Rakhi Sawant has been in the headlines recently. It all started last Monday when the pictures of Rakhi Sawant getting married to an NRI started doing rounds. The actress shared the pictures with a leading entertainment portal. She could be seen wearing a beautiful white bridal gown and donning a red choodha in her hands. The news of her wedding to an NRI in JW Marriott hotel in Mumbai on 28th July became the headlines of the day. However, the actress later rubbished all these news stating that she isn’t actually married yet. 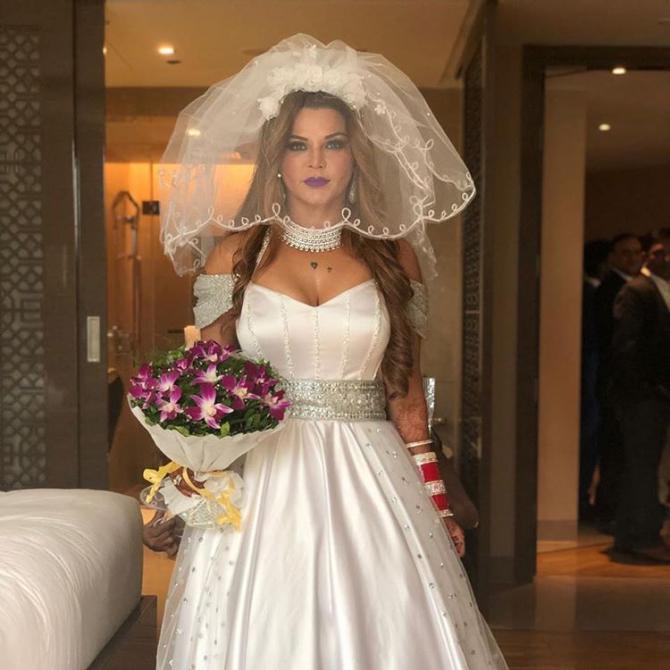 During an interview with an entertainment portal, Rakhi confirmed her marriage and said, “Main darr gayi thi, haan maine shaadi kar li hai. I am confirming the news with you today. (I was scared but yes, I got married. I am confirming the news with you.).” Rakhi also shared details about her husband. She said, “His name is Ritesh and he is in the UK. In fact, he has already left. My visa is underway and I will join him. Of course, I shall continue to work whatever I get in India, so will shuttle for that. I always wanted to produce TV shows and I think my long-standing dream will now be fulfilled. I thank Jesus for giving me such a wonderful husband.” 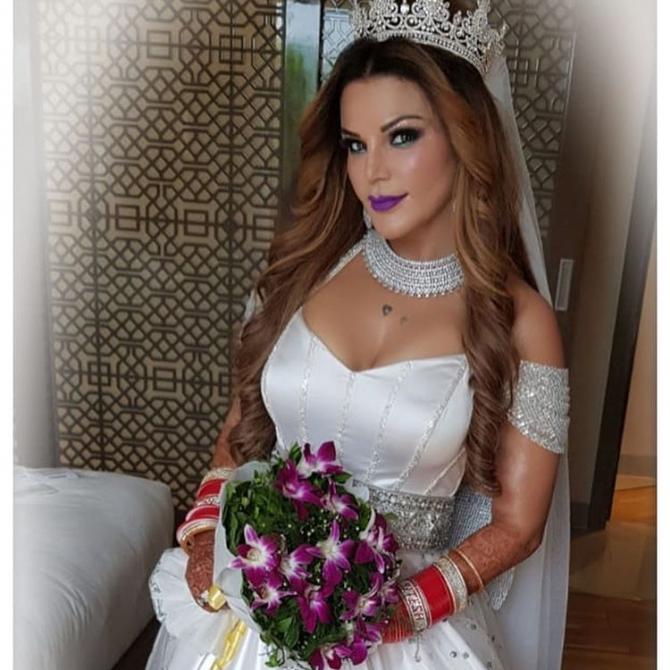 “He was my fan ever since he first saw my first interview with Prabhu Chawla. He whatsapped me. Messaging and then talking to him, we became friends with the passage of time. This happened about a year-and-half back,” she added.

According to the interview she gave with the entertainment daily, it’s believed that after the hush-hush wedding with Ritesh on 28th July, Rakhi had decided to start her family soon. When prodded about the question, she confirmed the same. Speaking about the same to SpotboyE, Rakhi said, “I plan to have one in 2020.” 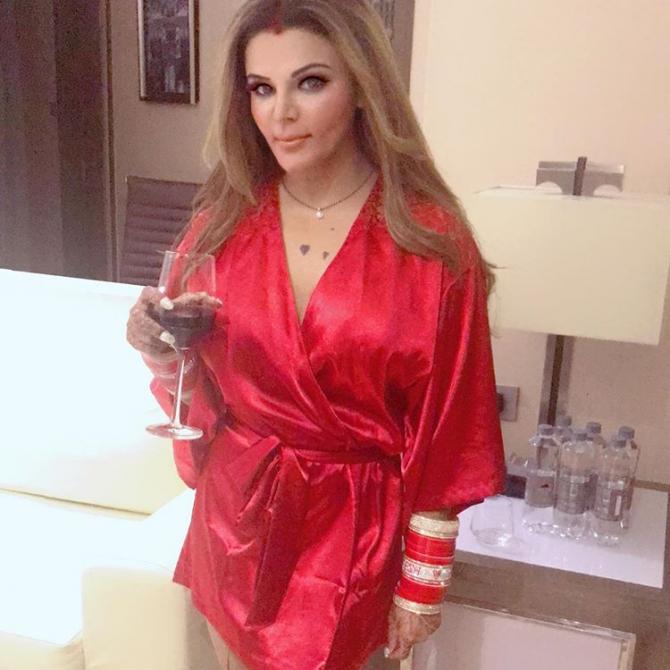 Rakhi Sawant had further talked about the proposal moment and how she met Ritesh for the first time only 15 days before their wedding. She had said, “Dil mein ghanti nahin baji, I told him. He promptly asked, ‘Mere liye dil mein ghanti bajti hai kya?’ I said I need time to think. As more time rolled by, I realised I was falling in love with Ritesh. And, it was happening so very naturally. Trust me, I met him for the first time only 15 days before our wedding. He came down and I was sure that I had met the right guy.”