Once in Bollywood, the Covid-19 virus has started raising its head. Bollywood choreographer and director Farah Khan has now been reported to be COVID-19 positive amid a virus campaign of vaccination. Farah herself is surprised to find the test positive, as she has been double vaccinated. Giving information about this, Farah Khan has said through social media that those who have come in her touch, they should get their investigation done. 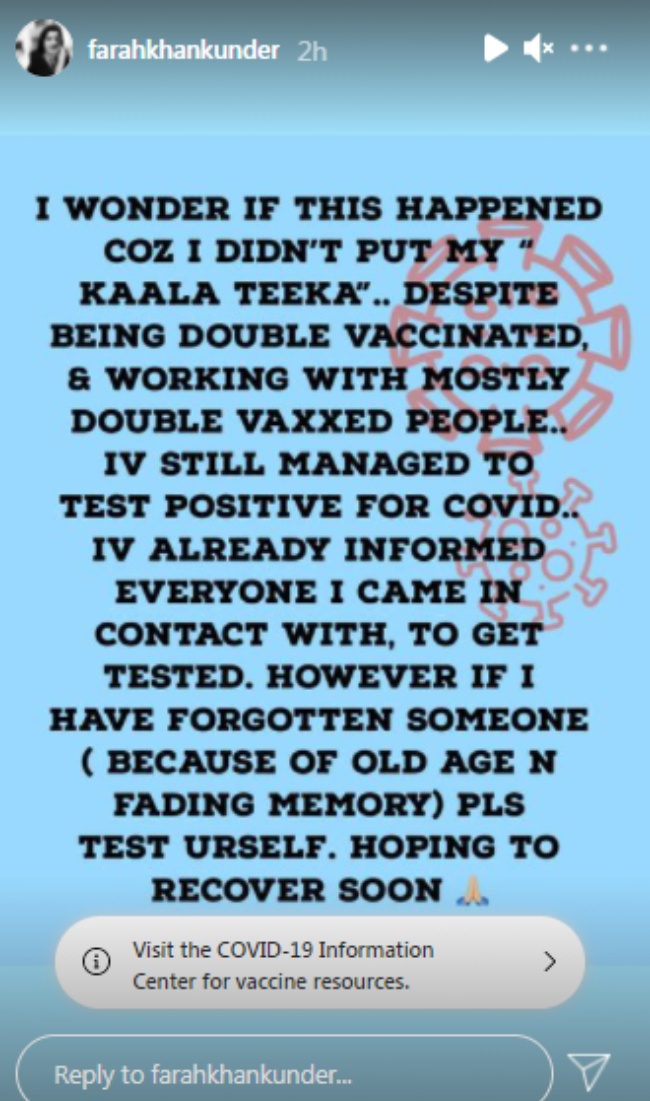 Farah gave information about being Covid-19 positive through Insta Story in a slightly funny tone. She wrote that I am surprised that I did not vaccinate black, so despite double vaccination and working with people who have got double vaccine, my covid test has come positive. I have asked all those people who came in contact with me to get tested. Still, if someone has missed due to increasing age and decreasing memory, then please get your test done. I hope to get well soon. 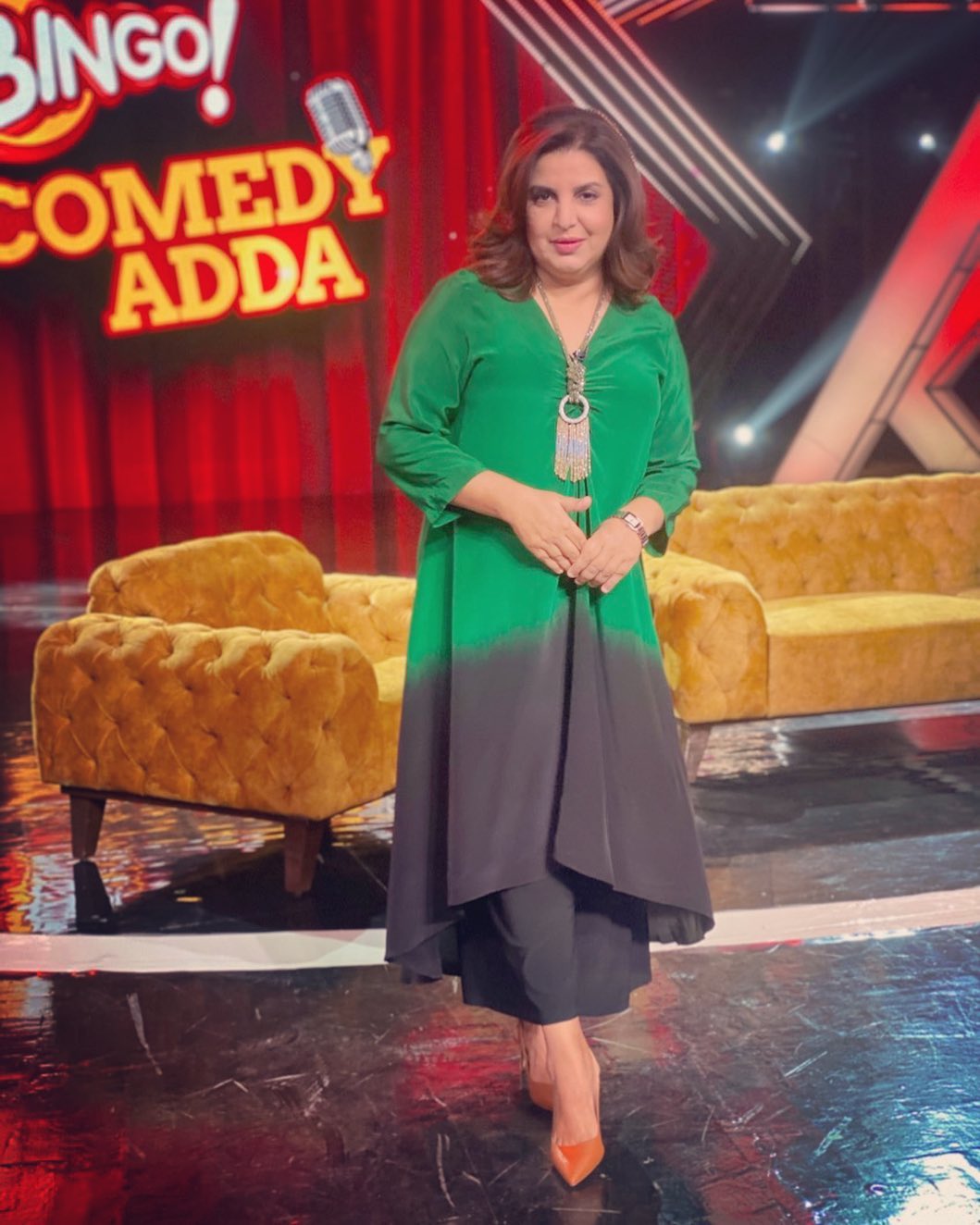 These days Farah was shooting for Zee Comedy Show with many others including Dr. Sanket Bhosle, Balraj, Puneet J Pathak, Sugandha Mishra. Celebs like Udit Narayan, Riteish Deshmukh, Genelia D’Souza, Kailash Kher have shot as judges with Farah. Farah has also made a guest appearance on Arbaaz Khan’s show Pinch 2, in which her replies to trolls are going viral.

Farah also attended the wedding of Anil Kapoor’s younger daughter Rhea Kapoor and Karan Boolani two weeks ago. She shared her pictures on social media with Arjun Kapoor and Anil Kapoor. There are many videos on Farah Khan’s Instagram, in which she is seen with many Bollywood celebs. These include Shah Rukh Khan, Arbaaz Khan, Sanjay Kapoor. In a video, she is seen dancing with Shilpa Shetty. Farah is a good choreographer as well as a good director. Recently he also directed a song. In which Sonu Sood and Nidhi Agarwal were seen. The voice of this song was given by Tony Kakkar and Altaf Raja. She has also directed films like Main Hoon Na, Om Shanti Om, Happy New Year.