As we know, Raj Kundra was arrested by the Mumbai Police on July 19 for his alleged connection with a pornography racket case becomes a headline nowadays. Bollywood actress Shilpa Shetty’s husband Raj Kundra was arrested on the allegation of making pornographic material and released it through various apps. The case turned more and more complicated day by day because of the addition of new suspects and evidence. 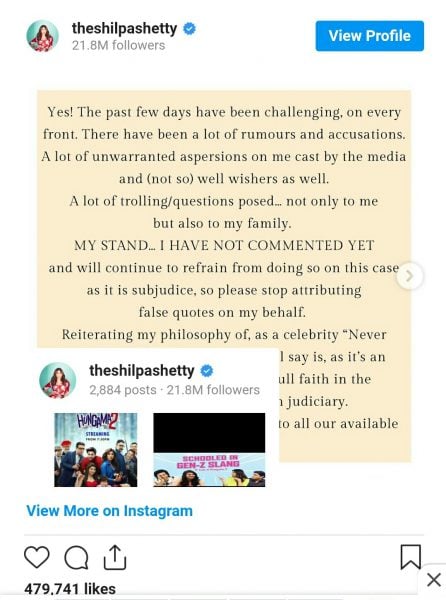 She doesn’t speak publicly about her husband Raj Kundra’s arrest but on Monday she posted on Instagram. finally, the versatile actress wrote, “Yes! The past few days have been challenging, on every front. There have been a lot of rumors and accusations. A lot of unwarranted aspersions on me cast by the media and (not so) well-wishers as well. A lot of trolling/questions posed… not only to me but also to my family. MY STAND… I HAVE NOT COMMENTED YET and will continue to refrain from doing so on this case as it is subjudice, so please stop attributing false quotes on my behalf.”. “We don’t deserve a media trial. Please let the law take its course,” she added. 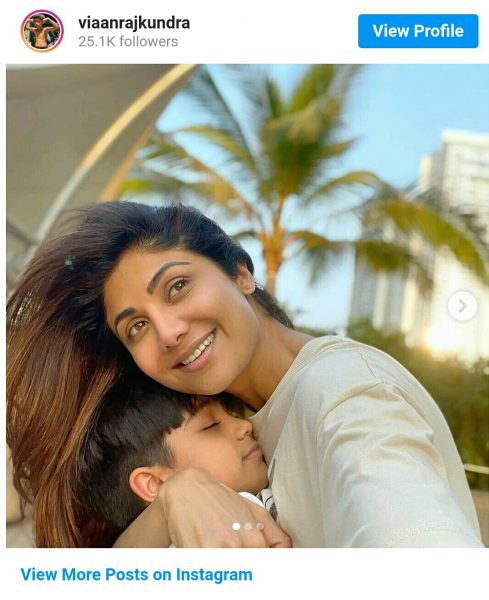 Viaan, Kundra’s son posted a photo for the first time on Tuesday after dad’s arrest. Viaan posted through an unverified Instagram account. In the photos, he is embarrassing his loving mom Shilpa by kissing and hugging.

In her post, her friend R Madhavan reacts, “You are one of the strongest people I know and I have complete faith that this challenge to you will overcome with grace and dignity. Our prayers are always with you and your family, he commented.

After the post gets viral, many celebrities from B-Town come forward to support the family. Varun Dhawan, Jacqueline Fernandez, Dia Mirza, Farah Khan Kunder, and Rakul Preet Singh liked her post. Gauhar Khan commented “Strength” with folded hand emojis. Abhimanyu Dassani also shows his support to her Co- Actor for the movie Nikamma. Apart from the media trial and half-baked information, we should respect the privacy of the family and have faith in our respected Laws to fulfill justice.