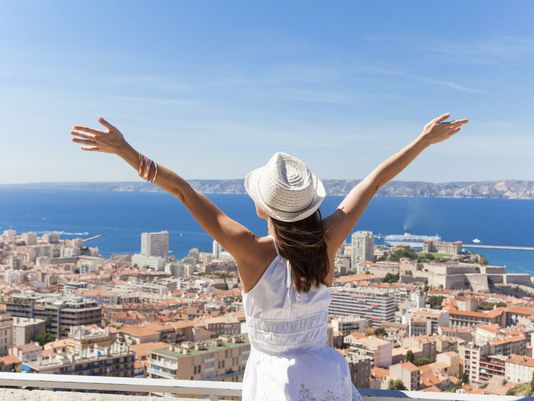 Vacations spots are everywhere. You have probably read about a number of destination spots online, and everything is becoming a little overwhelming. It might seem like there is no way to figure out the best spot to visit, but there are ways to narrow down choices. The best way to visit a luxurious vacation destination is to simply follow people that know where to go, like your favorite actresses.

1. Jessica Alba in the Caribbean

Jessica Alba has been a leader for many women by working hard to propel other women. She has been a vocal supporter of equal pay for all, and she is also an iconic actress who has been in several movies and shows. Alba is best known for her portrayal in Dark Angel, where she played a superhero before it was popular to be in superhero movies or shows.

Alba has also been in great movies, like Sin City, and that is just to name one. This young actress has been spotted in St. Barts in the Caribbean. The waters there are pristine, which is probably one thing that drew her there, but there is probably much more. Those who want a great vacation experience should consider St. Barts like Alba.

Penelope Cruz is a Spanish actress who has earned the hearts of many moviegoers by being in great movies throughout her career. She has been in movies like Vicky Cristina Barcelona, which earned her an Oscar. The actress has also been in big blockbuster movies, like one of the Pirates of the Caribbean films.

Cruz knows a thing or two about where to go on vacation, and she has been spotted in Rio De Janeiro in Brazil. There is no doubt that those who want to experience a beach and accommodations worthy of stars will have to come here to do just that. Brazil is a place full of culture and beauty, so don’t make the beaches wait too long.

Drew Barrymore is a well-known actress who has been in countless iconic movies, such as E.T. The Extraterrestrial or Charlie’s Angels. The actress has even been in some of Adam Sandler’s most popular movies, like 50 First Dates. This actress likes to vacation in Mexico in a little place called Tulum. This does make sense because the beaches there are spectacular.

A person looking for a good place to go should start looking at vacation rentals in Tulum because it is almost like taking travel advice from Drew. The actress has been spotted with friends, but she has also been spotted with her children. You can start looking for vacation rentals in Tulum if you are planning a family vacation.

There is no doubt that wherever Kidman goes, it must be a great place to visit, and it just so happens that she loves to go to Bora Bora, which is in French Polynesia. Vacation homes and rentals are beautiful, and they are near one of the most spectacular beaches in the world. There have been a number of stars that have made their way to Bora Bora, like Eval Longoria, Sharon Stone, and Charlize Theron, just to name a few others.

France is home to many beautiful buildings, artifacts, and cultures, which is part of the reason many people go to France, but this lovely country also has St. Tropez. This is one of the most beautiful beaches in this region, and it is one of the places that has attracted many celebrities to its shores, such as Catherine Zeta-Jones.

This is a very accomplished actress who has been in various movies, like The Haunting, The Terminal, The Mask of Zorro, and Chicago. Zeta-Jones has been spotted coming out of the most beautiful restaurants whenever she travels, and she seems to know the value of the class, which gives potential vacationers even more reason to trust her judgement and consider going to St. Tropez.

These are just some places that we think you can spend your vacation if you are worried about making sure where you go is as classy as it can be. Those who have never traveled to these locations should be sure to do a little research about the region to see what these beaches can offer. Try to book a long vacation or as long as you can to get a real feel for the vacation spot you ended up choosing.

Beckoning Backwaters and Banana Fritters These days of enhancement.
Love at Traffic Lights Under a shower of rain.
Visit Newport The sailing capital of the world and queen of summer resorts.
Escape The Hustle And Bustle Of The City With These Gorgeous & Less Crowded Hill Stations In India