Hina Khan Flaunts Her Hot Avatar In A Green Monokini; Check Out Photos!

Hina Khan, popularly known as the big actress of the small screen, remains in the headlines due to her exploits on social media. Be it the Bigg Boss house or hot photos, she knows how to win over the hearts of her fans.

By the way, Hina keeps sharing pictures in her stylish look on her social media handle. But now TV’s cultured daughter-in-law Hina Khan is in awe of boldness these days. 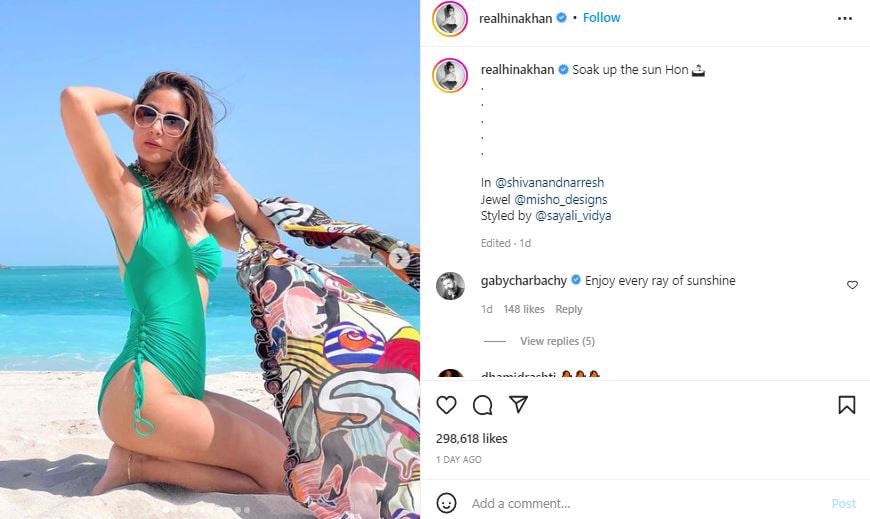 Actually Hina Khan has shared many pictures on her Instagram handle, in which she is looking very hot and bold. In these pictures, Hina Khan can be seen posing in a dark green color monokini.

In these pictures, the actress is standing on the seashore, sometimes walking, sometimes sitting and spreading her ravishing looks. During this, she has also carried dark sunglasses and color full dupatta, which is making her look even more beautiful. 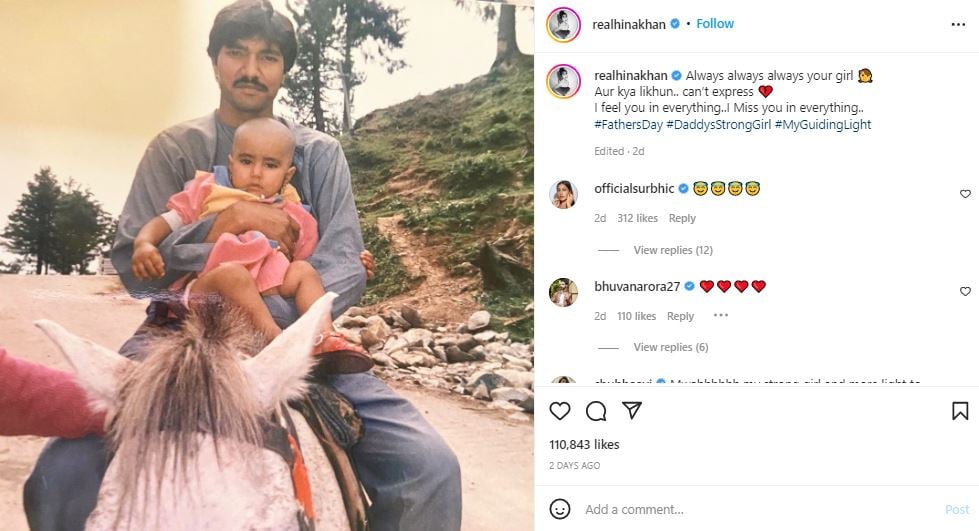 Recently, on the occasion of Father’s Day, he shared an old picture remembering his late father, in which little Hina Khan is seen in her father’s lap. Sharing this picture on Instagram, she wrote, “I can’t express my feelings, I feel you everywhere. I miss you in everything.” 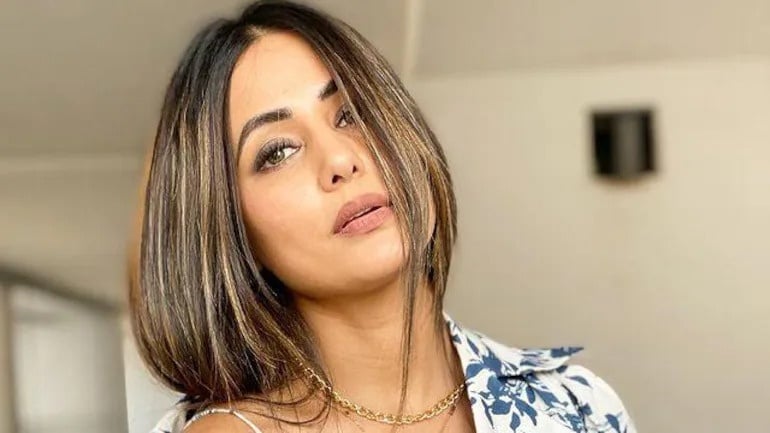 Let me tell you, Hina Khan started her career with Ekta Kapoor’s famous show Yeh Rishta Kya Kehlata Hai. The actress will soon be seen in Country of Blind. His film was promoted at the international event Cannes Film Festival. Directed by Rahat Kazmi, the film will be based on events in the lives of blind people. Hina Khan can be seen in the role of a blind woman in this film.

Talking about Hina Khan’s Bollywood debut, she made her debut in 2020 with the film Hacked. Although this film was a flop. After this the actress has appeared in films like Unlock, Wishlist, Lines.