Saif Ali Khan has proved his mettle as an actor with his brilliant choice of films. He started off with comic roles, later moving on to do masala films, reinvented himself with flicks like Dil Chahta Hai, Omkara, Race. He has showcased the versatility and how he can pull off any character with much ease. Today, his kitty is full with movies like Jawaani Jaaneman, Laal Kaptaan and more.

Now, apart from being a successful star in Bollywood, Saif is also a doting and proud father of three kids- Sara Ali Khan, Ibrahim Ali Khan and Taimur Ali Khan. Now Ibrahim has opened up about his rapport with dad and said, “There are scenarios where people – whether it’s an old relative, my mother or a family friend – tell me, ‘Oh my god, you’re just like him (Saif) and he does that too!’ I guess maybe we are similar but I wouldn’t know that… But regardless, he is special to me. He is also my guide when it comes to man-to-man conversations.” 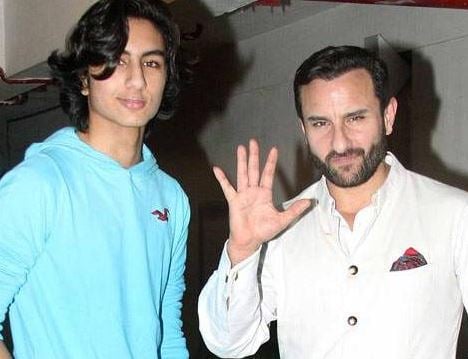 In an interview with Hindustan Times Saif had once opened up about if Ibrahim should follow his footsteps and make a career in movies and said, “He should, and he’s looking good, better looking than I am! He’s a very charming guy. I definitely think all of my children would be interested in acting. We’re an acting family, the whole bunch of us are in the industry. So I’m sure. He’s still a little young, and I’m keener than he does university first. Then, of course, we’ll support him in whatever he wants to do.” 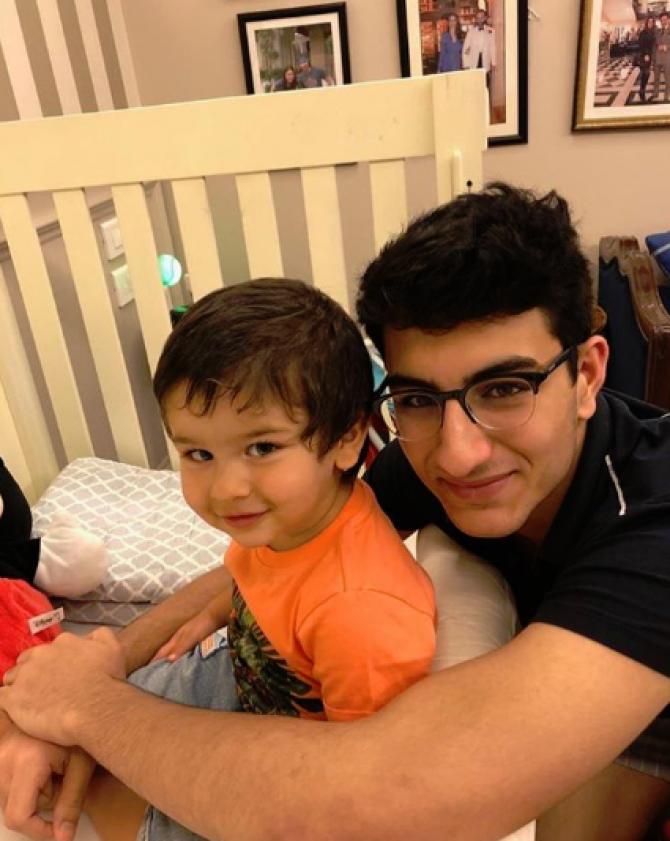 He further added that the fixed stereotypes related to the industry are being broken and said, “It’s in the midst of some kind of renaissance like it was in the 1950s or 60s. I don’t think there’s been a better time. And it’s only going to blow up huge from here. Everyone’s kids want to join [Bollywood] now, and that means it’s going to be different types of looks, roles, people. The fixed stereotypes we had in our mind are constantly being broken. The film industry is really going to benefit, and there’s a lot of room for everyone. I’m thrilled it’ll be out of control of the film mafia, where people try and control. It’s just going to be too big and will become like Hollywood.” 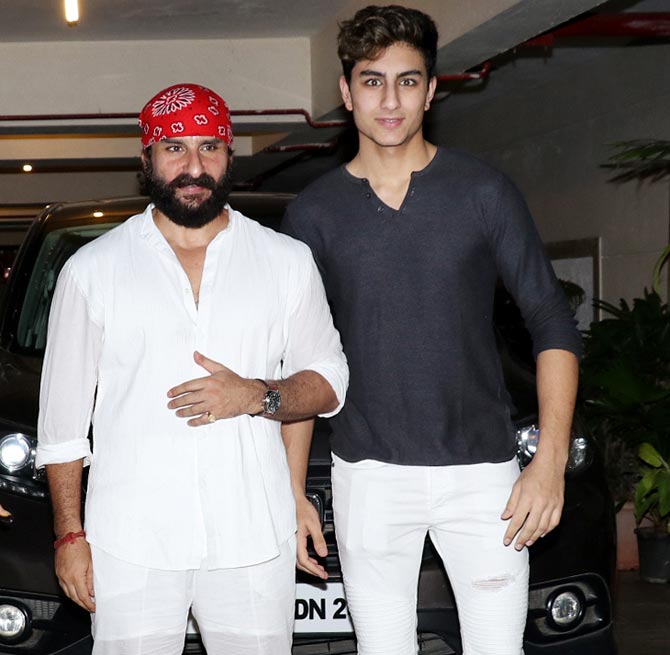 Sometime back in an interview with DNA Saif had shared some details about his son Ibrahim and said, “But yes, he is over 6 ft tall, and he looks good in one. But I told him we would discuss if he could do that.” He had also answered if we will get to see him acting someday in films. He had said, “It’s a possibility. But he has to work on his diction. It’s a long time away.”

Saif Ali Khan and Ibrahim Ali Khan are an adorable father-son duo. What do you guys think?

And Again Mira Kapoor Slammed, This Time For Carrying Her Sandals In Her Hands
Kriti Sanon To Be Seen As RJ In Rahul Dholakia’s Upcoming Thriller
Priyanka Chopra On Marrying Nick Jonas: ‘I Feel I Have Married Someone Who Is My Dad’s Chhavi’
Sushant Singh Rajput’s Fitness Trainer Made Shocking Revelation Against Rhea In Sting Operation; ‘GF Rhea Chakraborty Was Controlling Him’