In This Viral Photo, Kiara Advani Makes A Lovely Bride- Pictures Inside

Kiara Advani is one of Bollywood’s most beautiful actresses. She is presently one of the most well-known actors, and she is quite busy with her upcoming projects. The actor, who was most recently seen in Sidharth Malhotra’s Shershaah, has been praised for her work. Apart from her professional endeavours, the actress is frequently in the news due to her rumoured romance with Sidharth. Even though the two have remained silent about it, the story has caused quite a stir in the media. 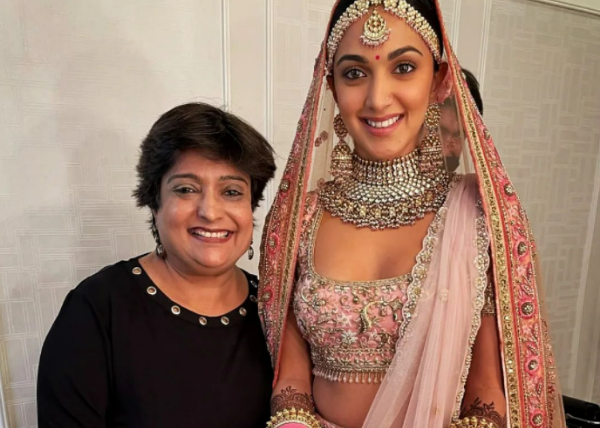 However, a photo of the Kabir Singh actress dressed as a bride just appeared on the internet, and we must say that she looked stunning. Even the internet users couldn’t help but fall in love with her. 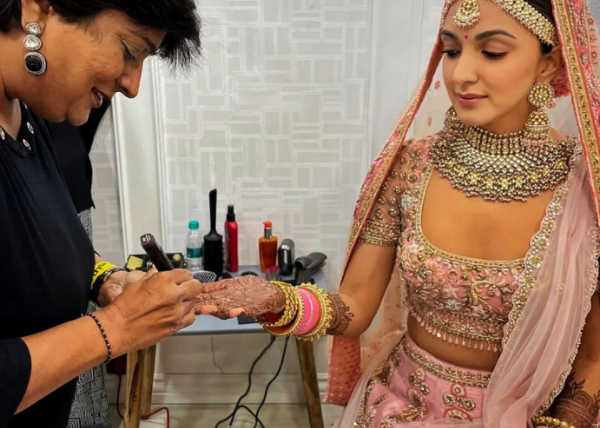 In the first photo, Kiara Advani is dressed as a bride and seated in her makeup area. She is dressed in a lehenga that is pink in colour. Jhumka, her hefty necklace. Her attractiveness is enhanced by her maang tika and matching bangles. Veena Nagda, a well-known Mehendi artist, may be seen putting Mehendi in her hands. In the following photo, Kiara shows off both of her hands, which are adorned with an exquisite Mehendi pattern. Veena posed with the actress while holding her hand. 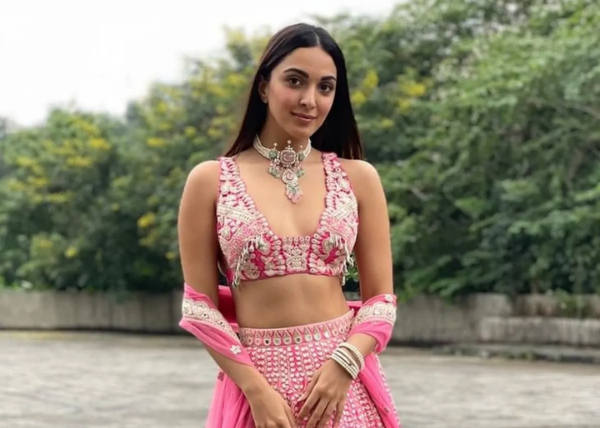 In the meanwhile, Kiara Advani will next be seen with Varun Dhawan in Jug Jugg Jeeyo. The two have been teasing each other with photos from the sets. Hiroo Yash Johar, Karan Johar, and Apoorva Mehta produced Jug Jugg Jeeyo, a forthcoming Hindi-language comedy-drama film directed by Raj Mehta and produced by Hiroo Yash Johar, Karan Johar, and Apoorva Mehta. Along with Prajakta Koli and Manish Paul, the film also stars Anil Kapoor, Neetu Kapoor, Varun Dhawan in the key roles. The film will be released on June 24, 2022.