Ranu Mondal is the beggar lady in Mumbai who rose to excessive fame and became an overnight internet sensation a few months ago. Her voice was the reason she became an overnight star. She was singing a song at the Mumbai Railway Station when one of the travellers decided to capture her video and uploaded it on the internet. Her voice was like that of a Nightingale and she became supremely popular with that video. She went from rags to riches overnight and this is truly inspiring for many. However, she has now getting fame for all the wrong reasons. 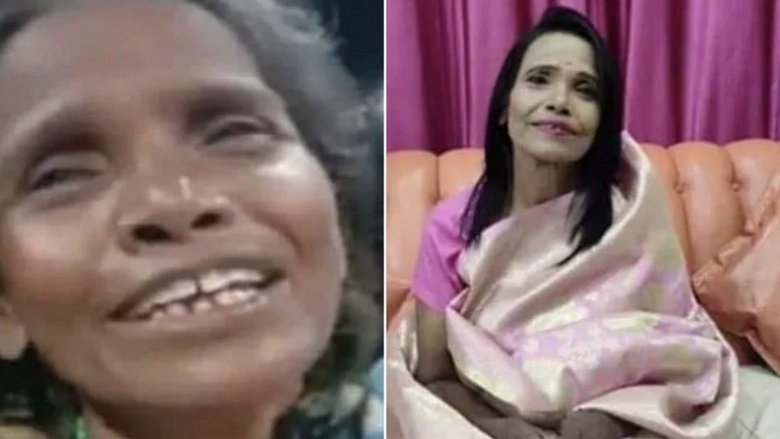 Recently, she was trolled and slammed by the netizens for being rude to one of her fans. Apparently, the fan wanted to click a pic with Ranu and she pushed the fan away. Now, another pictures of the singing sensation have surfaced the internet and are becoming a favorite of the meme makers in India.

Some pics of Ranu surfaced the internet. But what was disturbing was the way she looked in the pics. The singer was donning a peach-coloured lehenga. But her face looked totally unrecognizable. Her skin tone had been lightened using layers of creams, powders, and foundations, which was clearly visible.

It turns out that she was attending a beauty parlour event; however, the amount of foundation that was used on her face, made Ranu look unrecognisable and that gave netizens a reason to troll her left, right and centre. While some of the memes were in the right spirit, a lot of them went a little beyond the boundary.

#ranumondal
Online shopping be like :-
Advertisement When product
Arrives pic.twitter.com/NrtVzdQPE2