Is Jay Bhanushali Being Better Than Pratik Sehajpal? Look What Farah Khan Has Say About It

Filmmaker Farah Khan entered the Bigg Boss 15 house as a special guest during the weekend ka vaar episode. Farah was seen urging the housemates to assess themselves according to their game in the Bigg Boss house in a teaser published on Colors’ social media accounts. She started by praising the contestants and told them that they were doing great on the show. Farah is later heard asking Shamita Shetty why she needs Vishal Kotian’s help.

Farah also states that she prefers Jay Bhanushali’s game to Pratik Sehajpal’s and that she thinks Jay should take Pratik’s place in the ratings.

Farah Khan also started chatting with the contestants while talking to Afsana Khan, the choreographer-turned-filmmakers stated that she is scared of her as she shouts at everyone. She even jokes that Afsana shoot comes to her shoots and shout at people. Referring to the verbal spat, Farah asked Afsana, “Main bhi tujhe buddhi lagti hoon. (Do I also look old?),” after which the latter gets embarrassed. Farah questioned Afsana whether she aims to become Dolly Bindra of the show or not?

Farah gave a reality check and allotted them numbers as per their performance in the show, so far. Karan Kundrra was at the number 1 spot, while Tejasswi Prakash was picked for the number 2 spot. The third spot was given to Vishal Kotian, while the fourth and fifth positions were allotted to Shamita and Pratik Sehajpal. Farah picked Jay Bhanushali for the sixth spot and advised the actor to buck up and catch up to the race. 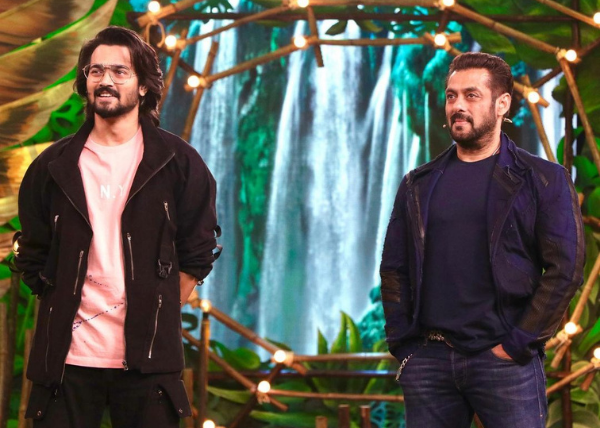 Meanwhile, Bhuvan Bam was also seen on Bigg Boss 15. Bhuvan displayed a video of the housemates in a dialogue with Salman Khan, which he has dubbed with a comical voice-over. Salman was in splits after watching the footage. The actor also put the housemates to the test by requiring them to complete a task.