‘Bigg Boss OTT’ contestant and TV actress Urfi Javed are in a lot of discussions these days. After leaving the show, Urfi had fiercely expressed her anger on Zeeshan Khan, the second contestant of ‘Bigg Boss OTT’, due to which she came into the limelight. After this, Urfi was recently spotted at the Mumbai airport. Urfi had come from outside and had a suitcase in her hand. During this, the user made fun of him after seeing the kind of clothes he was wearing. 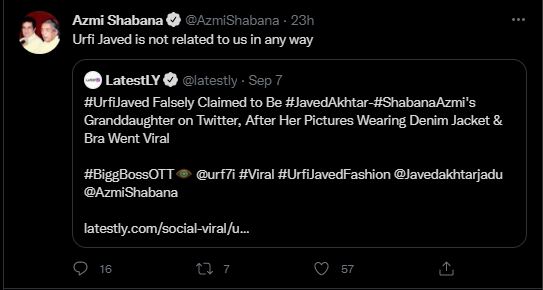 Not only this, people started linking Urfi to Bollywood writer Javed Akhtar and trolling her by calling her the granddaughter of Javed Akhtar. Amidst all this trolling, now Shabana Azmi has broken the silence on the news of ‘Javed Akhtar’s granddaughter’ and has made it clear that Urfi has nothing to do with Javed Akhtar. Retweeting a news article, Shabana Azmi wrote on her Twitter account, ‘Urfi Javed is not related to us in any way’. 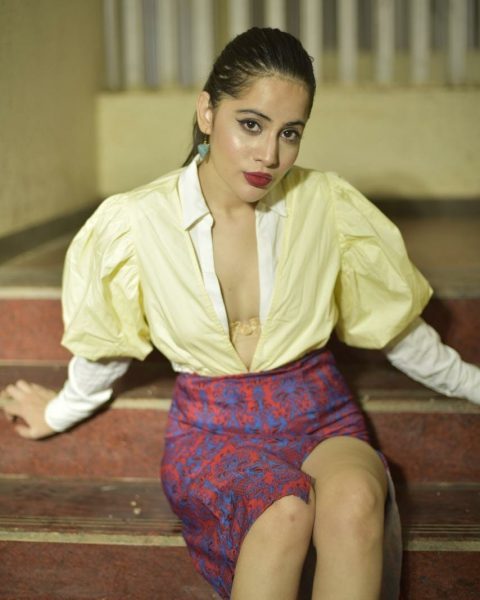 In an exclusive conversation with Times of India, Urfi replied to the trollers saying, ‘If I only wanted publicity, I could have gone to the airport without clothes. Whatever I am, if publicity is created because of it, then it is good. Why can’t people just talk about me? I have come to understand that no matter what I post or say, people will say something or the other. Whether I wear a bikini or a salwar suit, only such comments will be heard. Urfi further said, ‘I grew up in a conservative family in Lucknow but there was never any problem with our clothes. Today I want to wear clothes that I like and I don’t care what people say. I get influenced by many places and then I dress like that. The journey of Urfi Javed Bigg Boss OTT could not last long and she was out of the house very soon.