Jaan Kumar Sanu backed Rubina Dilaik after Kashmera Shah took a dig at her by calling her ‘fake.’ He slammed Kashmera Shah for suggesting that Rubina Dilaik and Abhinav Shukla have paid followers online. He also joked that he wants something in return for supporting the couple. 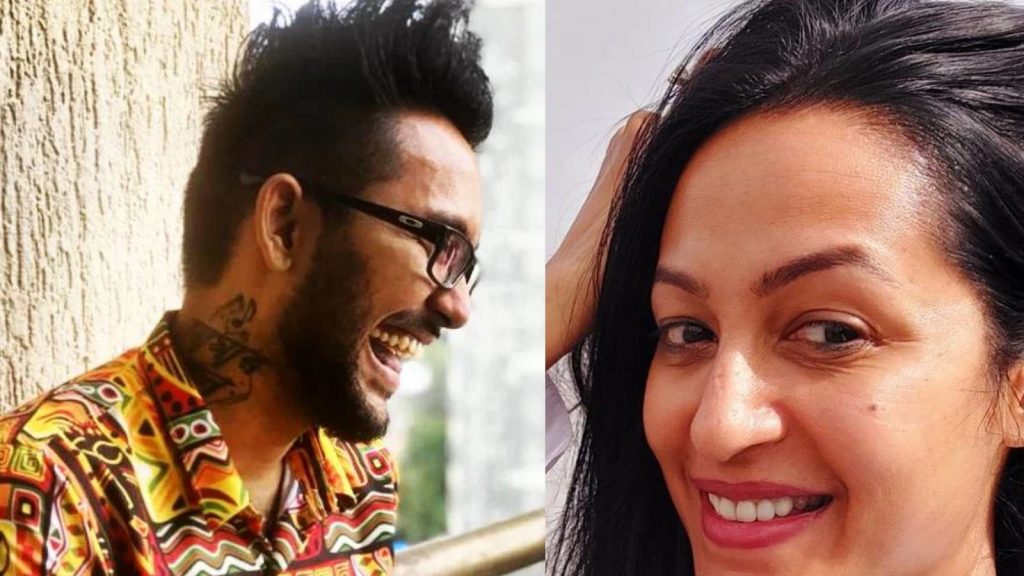 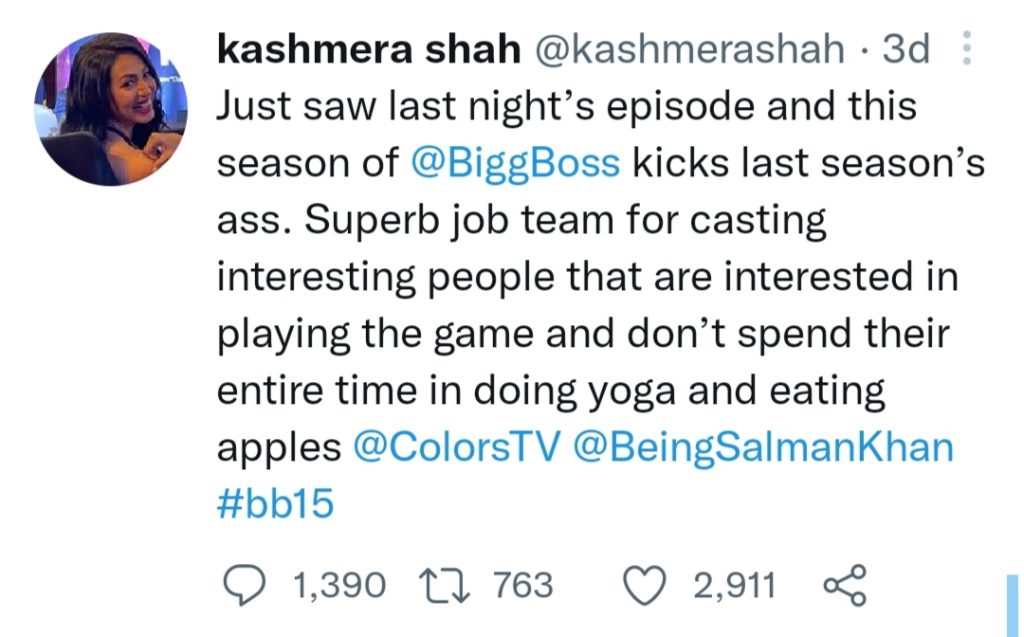 Just saw last night’s episode and this season of @BigBoss kicks final season’s a**. Superb job team for casting interesting people that are interested in playing the game and don’t spend their entire time in doing yoga and eating apples @ColorsTV @BeingSalmanKhan @bb15.” 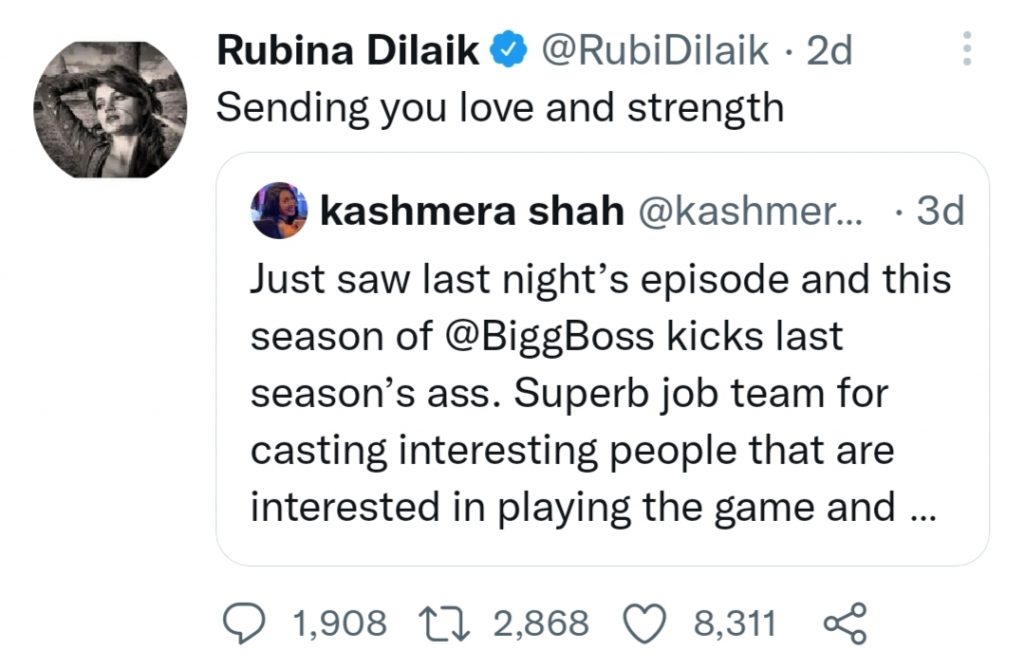 When Rubina responded with, “Sending you love and strength,” Kashmera was fast so as to add, “Thanks however I keep away from pretend love and pretend energy. So ought to you.” 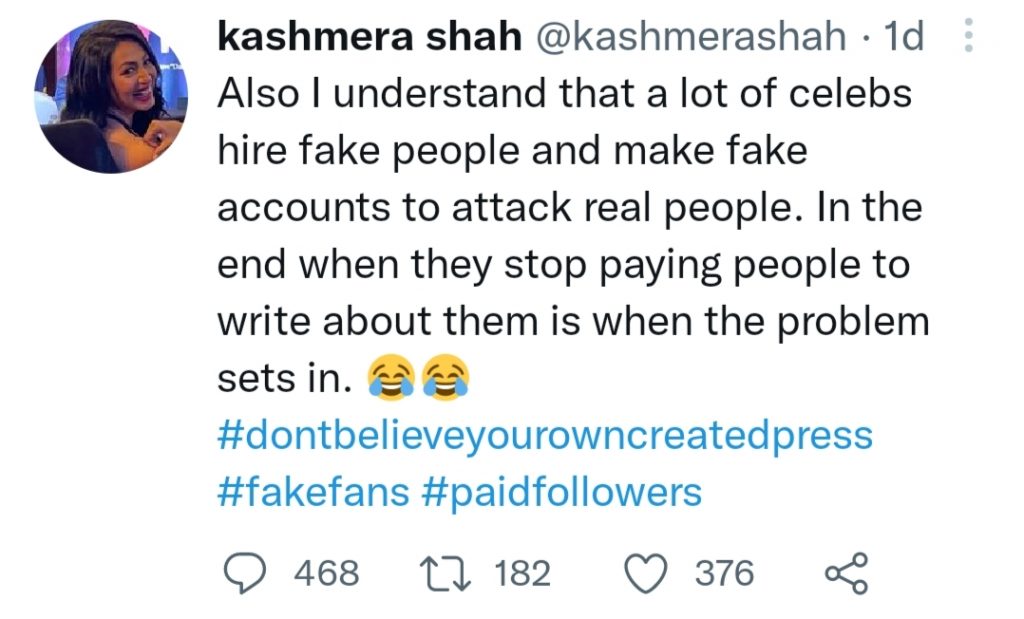 after that Kashmera took a dig on the matter once more and wrote, “Also I understand that a lot of celebs hire fake people and make fake accounts to attack real people. In the end, when they stop paying people to write about them is when the problem sets in. #dontbelieveyourowncreatedpress #fakefans #paidfollowers.” 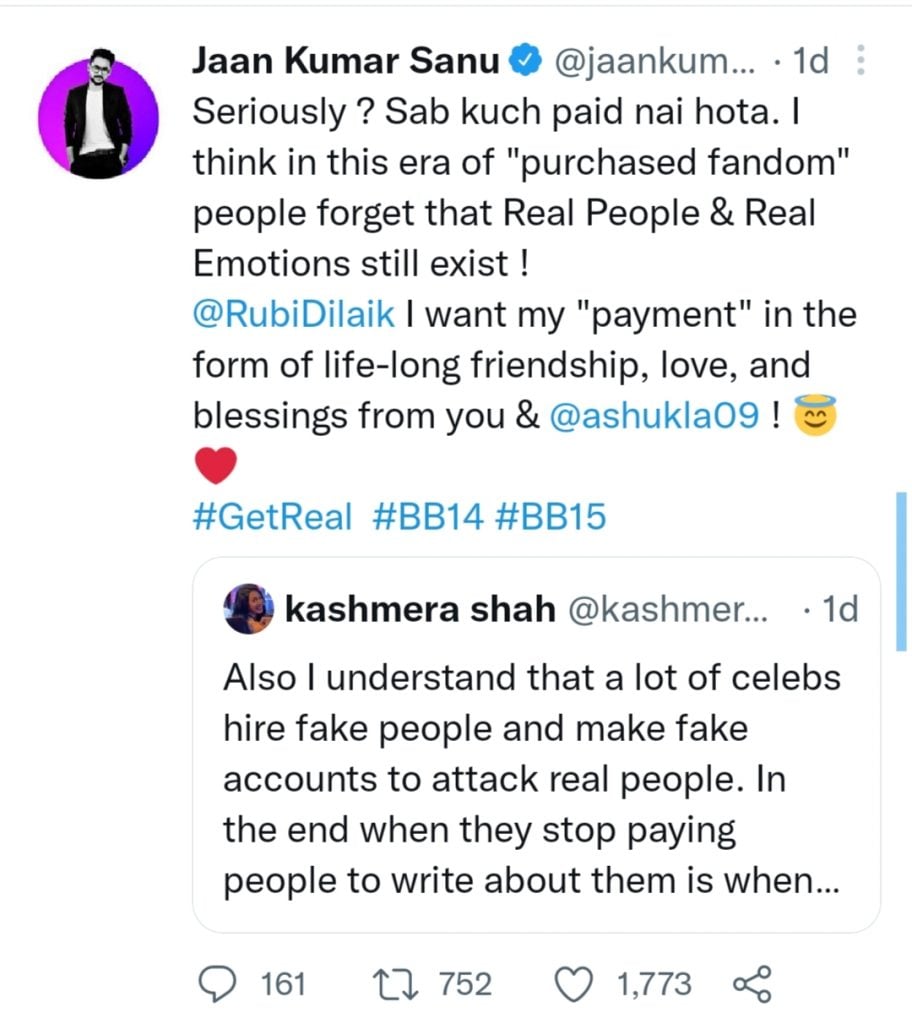 Responding to this, Jaan Kumar Sanu tweeted, “Seriously? Sab Kuch paid nai hota. I think in this era of ‘purchased fandom’ people forget that Real People and Real Emotions still exist! @RubiDilaik I want my “payment” in the form of life-long friendship, love, and blessings from you and @ashukla09 ! #GetReal #BB14 #BB15.”