Janhvi Kapoor’s Aksa Gang Is Back With A Hilarious Video, Arjun Kapoor Has Humorous Reaction

Janhvi Kapoor on Monday (June 21) shared a hilarious video where she is seen dancing, twerking and doing all things weird with her Aksa gang. The actress announced that she is back with her gang. In April, she had posted a similar video with the gang. The group had accompanied Janhvi to Goa where they took up several dance challenges. Arjun Kapoor, Sanjay Kapoor and Maheep Kapoor are among the people who commented on the post. Announcing the return of her Aksa gang, Janhvi Kapoor shared a goofy dance video of herself with her group. Going by the video, it seems that Janhvi was dressed for a photoshoot and the team decided to shoot this video during the breaks. The group grooved to Sean Paul’s Temperature. Along with the video, she wrote, “Aksa gang is back (sic).”

Arjun Kapoor, Janhvi Kapoor’s half brother, reacted to the video and wrote, “Ummm this needs a separate whole dinner to discuss (sic).” On Father’s Day (June 20), Arjun and Janhvi met at a family dinner along with Boney Kapoor, Anshula and Khushi Kapoor. They also shared pictures from the dinner on Instagram. Janhvi Kapoor’s uncle and aunt, Sanjay Kapoor and Maheep Kapoor, also dropped comments on the post. 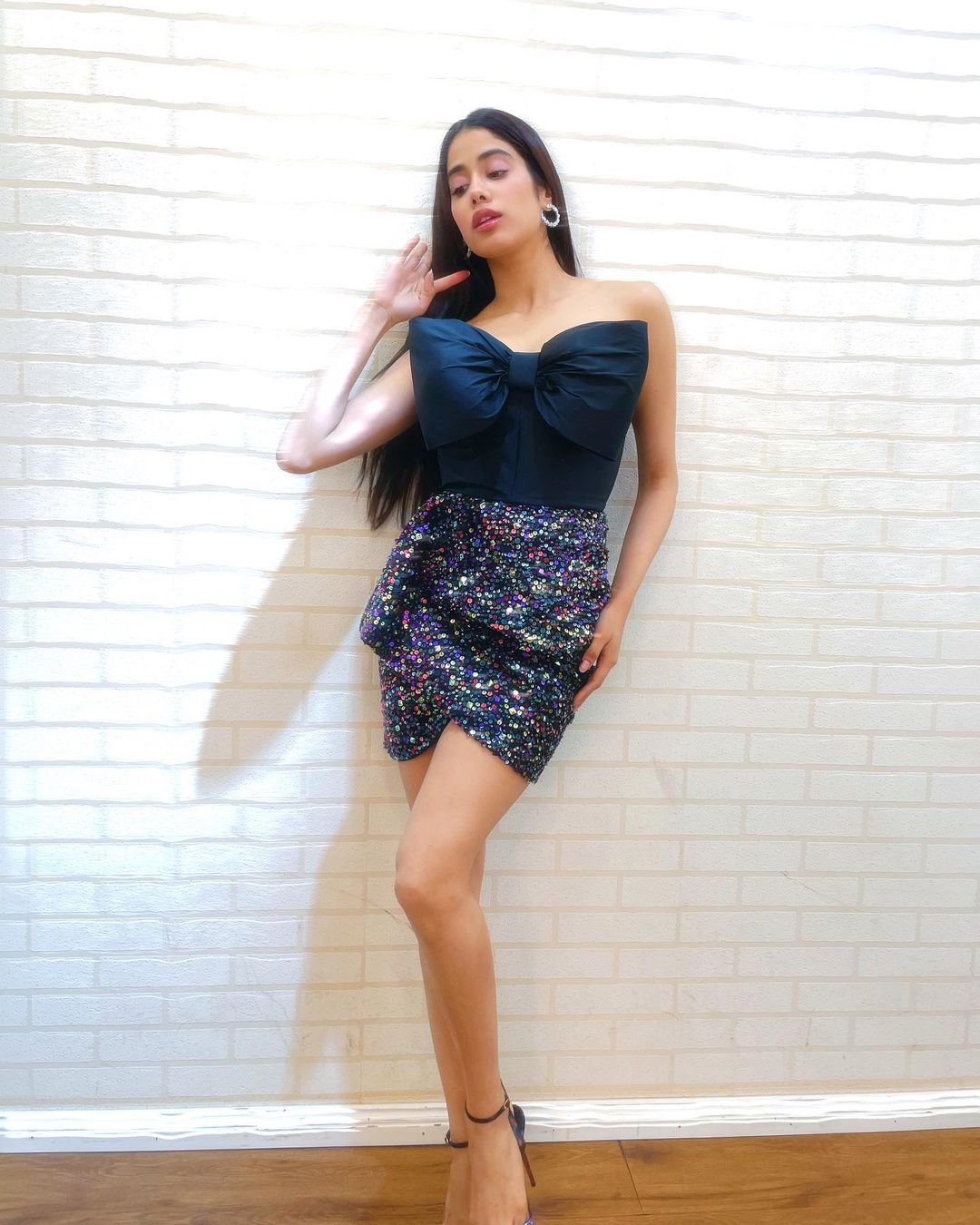 Janhvi Kapoor recently shot for her next film Good Luck Jerry, which is the Hindi adaptation of the 2018 Tamil film Kolamavu Kokila. The film also stars Deepak Dobriyal, Mita Vashisht, Neeraj Sood and Sushant Singh in pivotal roles. Apart from this, she has Dostana 2 with Laksh Lalwani. Earlier, Kartik Aaryan was also a part of the film. However, due to some differences with the makers, the actor was ousted from the project. The production house is yet to announce Kartik’s replacement. Janhvi will also be seen in Karan Johar’s Takht. The film stars Ranveer Singh, Vicky Kaushal, Anil Kapoor, Alia Bhatt, Kareena Kapoor and Bhumi Pednekar in lead roles. 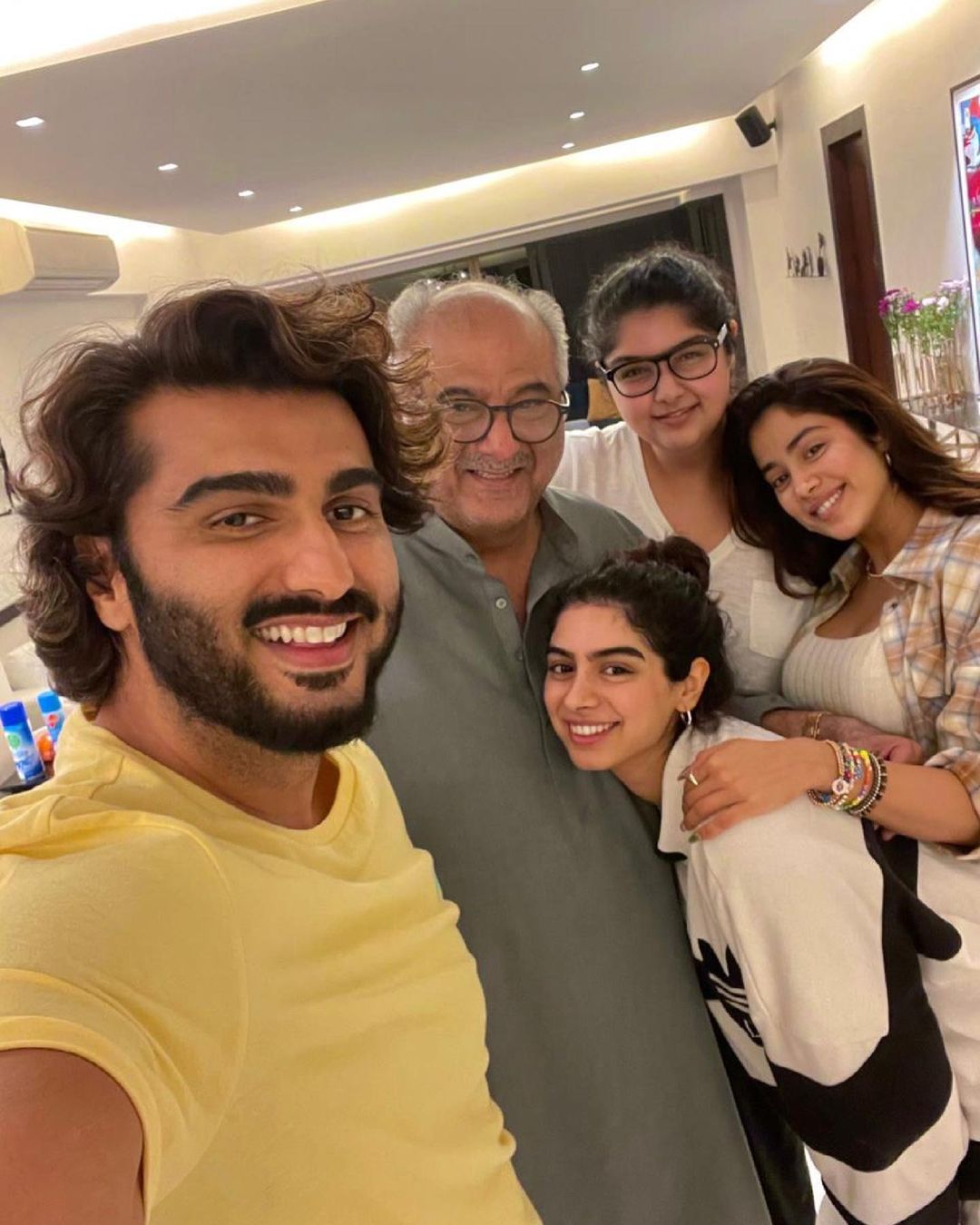 The Kapoor siblings just had a fam-jam on Sunday – all four of Boney Kapoor’s kids – Arjun, Anshula, Janhvi and Khushi celebrated Father’s Day with a get-together. Sharing photos from the dinner party, Arjun wrote: “The father, the daughters and the son. Our Father’s Day dinner. Smiles are appreciated any day of the week, but today just felt even more sweeter.” Anshula and Arjun are Boney Kapoor’s kids with his first wife Mona Shourie, who died in 2012. Janhvi and Khushi are Boney Kapoor’s children with his second wife Sridevi, who died in February 2018.