Navya Naveli Nanda shared a new photo with her grandmother and actor-politician Jaya Bachchan on Tuesday. She went to Instagram and shared her happy photo. 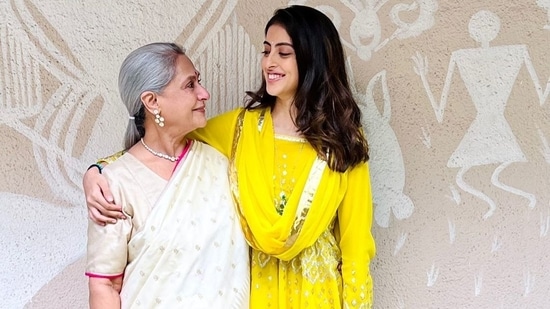 In the photo, Jaya Bachchan draped a cream-colored sari with a red border, and Navia Naveli Nanda chose the bright yellow salwar kameez. They looked at each other and smiled when the picture was taken. Navya shared a photo with a yellow heart and flower emoji.

Navya Naveli Nanda is the daughter of Amitabh Bachchan and Jaya Bachchan’s daughter Shweta Bachchan Nanda. The mother-daughter duo was recently discovered at a Diwali festival with the Bachchan family. Navya previously said that Jaya was her inspiration.

Is The Creator Of Squid Game Releasing A Second Season? Deets Inside

When talking about Jaya in August of this year, Navia told her circle: “My biggest source of inspiration would be my Nani. I am very very close to her and go to her for almost anything whether it is work-related advice or personal advice as well. She is someone who has managed to create her own identity, leave her mark. One of the biggest things I respect about her is how she uses her voice for things she is passionate about. She has always been very unapologetic, to the point, unfiltered, and she has a spine.” Unlike her maternal family, Navya does not want to pursue a career in Bollywood. Instead, she wants to participate in her family-owned escort. Navya is a graduate of Fordham University with a degree in Digital Technology and UX Design. She is already a co-founder of an organization called Aara Health, which advocates a healthy and hygienic life for women.

Navya in an interview had said, “I would be the fourth generation of the family taking the lead—and the first woman. It is a great sense of pride for me to be carrying forward this incredible legacy left behind by my great-grandfather HP Nanda.”