Jennifer Aniston In Tears As She Films The Final Season Of Ellen Interview- Exclusive!

This is the end of an entire era! Jennifer Aniston cried and wiped away the tears as she seems to make an emotional return to the globally famous “The Ellen DeGeneres Show” for the last time.

Everything good seems to be coming to an end. The final and the nineteenth season of the famous “The Ellen DeGeneres Show” will be premiered on 13th September. Jennifer Aniston, 52, will be seen coming to the show the next day 14th September. There will also be a new sneak peek that revealed her on-air reunion with Ellen DeGeneres, 63, who seemed filled with tears.

As Jennnifer seemed walking out to chat with Ellen, her eyes filled with tears, long time friends Ellen and Jennifer hugged greeting each other. After sitting down, Jennifer wiped her tears continuously. Jennifer said dabbing her tissue over her eyes for ensuring her makeup doesn’t get messed, “What the hell? This is not supposed to be emotional”. 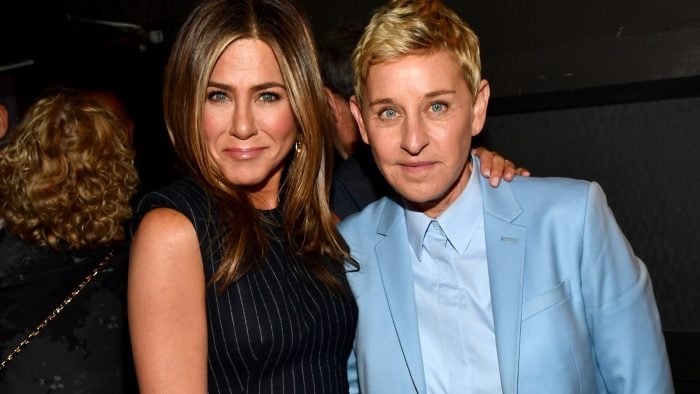 The first guest of the first season of The Ellen DeGeneres Show in the year 2003 was Jennifer. The actress admitted over the years that she appeared on the show 19 long times. In May 2021, Ellen announced that the show was ending after the 19th season. She revealed that she was going to stop just after the 16th season.

She went on saying, “That was going to be my last season, and they wanted to sign for four more years, and I said I’d sign for maybe for one. They were saying there was no way to sign for one. ‘We can’t do that with the affiliates, and the stations need more of a commitment.’ So, we [settled] on three more years, and I knew that would be my last. That’s been the plan all along. And everybody kept saying, even when I signed, ‘You know, that’s going to be 19, don’t you want to just go to 20? It’s a good number.’ So is 19”. 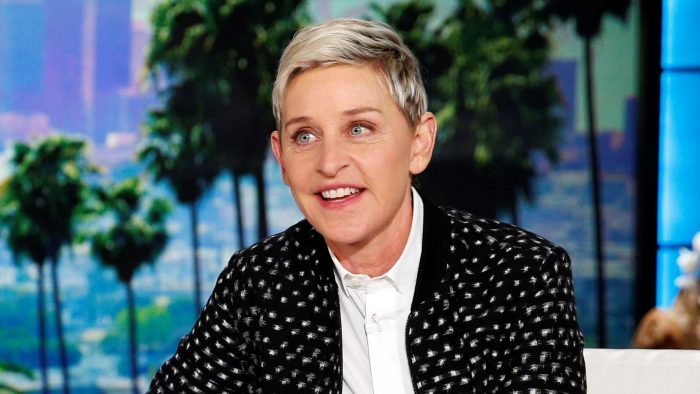 The final season of Ellen DeGeneres and its premiere week will be starting with her friend Jimmy Kimmel. Along with them, stars including Tiffany Haddish, Imagine Dragons, Kim Kardashian West, Charlie, and Dixie D’Amelio shall be seen making appearances.