Judgements Can Be Mentally And Emotionally Draining: Anushka Sharma

Anushka Sharma is a well-known face when it comes to the industry. She is a fashionista, a diva in her own right. Yet, her success through the ladders didn’t come neatly wrapped with a road map stuffed in.

Currently, the actress is with hubby Virat Kohli and daughter Vamika and she hasn’t signed up for films after Zero in 2018. Yet, this doesn’t seem to stop her from making headlines. Her production ventures Bulbbul and Paatal Lok have had the Indian audience impressed and left in awe. Plus, she is the internet’s favorite girl.

Amid all the viral photos involving Kohli and his family, a viral throwback video of Anushka has been doing rounds on the internet and is trending right now. The Rab Ne Bana Di Jodi actress has opened up on how she was judged and mistreated for her looks since the age of 15. She also called out about rejections having a deep impact on her mental health. 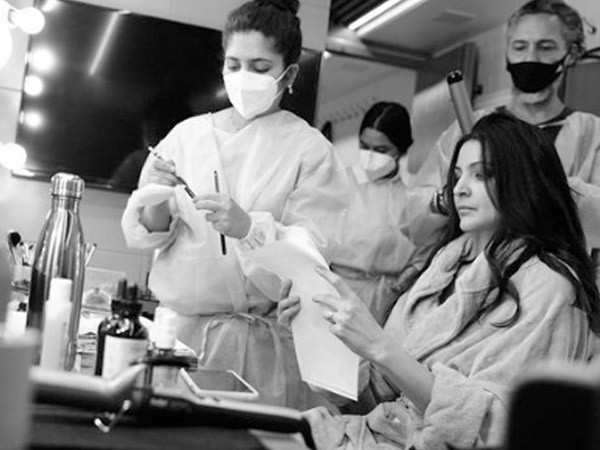 She recalls fondly of how she grew into this strong woman today and yet believed it well that the rejections powered up to break her tender heart at 15.

‘I have faced rejection from the age of 15. I don’t talk about it because there’s no need to do that. But, I was constantly getting dropped from shows, picked for an ad, and then would get replaced. All that has happened to me, too. Obviously, all that is also an integral part of the industry and life in general. But to experience that at the tender age of 15, to be subjected and be judged purely based on how you look, can be very mentally damaging as well. It hits your self-esteem. I have dealt with it’, Anushka was quoted saying in her 2017 interview.

At the same time, the Sanju actress talked about how producers shamed her for her looks openly, and how casting directors judged her on and on. ‘I’m intelligent enough to understand that. ‘The look isn’t right’ would be their words and there would be some political motive to spell it out loud, which is fake according to me and far more disrespectful.’

Anushka has flown off to England ahead of the WTC with her hubby and newborn daughter Vamika.